After a successful first run, Amazon Prime’s ‘Jack Ryan’ returns with a stronger and more focused second season. It is a lot different in terms of not just the political themes of the story but also the personal involvement of the protagonist.

The show begins with Jack Ryan being comfortable in his desk job, away from the danger and the adventures that would have welcomed him in Moscow had he chosen to follow Greer. But looks like he has a penchant for trouble, especially the one that almost no one else sees coming. He chances upon suspicious activities in Venezuela and asks his boss, Senator Moreno, to look into it, in case it has something to do with Russia. His path merges with Greer’s when he meets up with them, and from there, we know that the Ryan-Greer duo is up against more nefarious forces than the ones they had fought against in the last season.

This season hits close to home for Ryan as he not only loses a friend in Moreno but also comes to realise that there are very few people he can trust in this line of work. The last episode has him clear up everything related to the case and comes out on the other end with a ton of experiences that will surely help in his next venture.

Venezuela had already been going through a tumultuous phase when Jack arrived there with Jimmy Moreno. Their interest was only in what Reyes was planning behind their back and if it had something to do with Russia or a nuclear weapon. By the end, we discover that it is nothing of that sorts. In fact, right in the first episode, Greer discovered that Russia too was aloof of what was going on in the jungles of Venezuela. So, the mystery developed as “if not Russia, then who?” It was clear that it was all happening under the command of Reyes. The moment he denies knowledge of the operation, Moreno and Jack’s suspicions are confirmed. But who is Reyes’ accomplice and what exactly are they supplying to him?

Luckily, it had nothing to do with a nuclear weapon. So, the immediate threat to America, which happens to be in the close range of the South American country, was nullified. Still, as Jack explains in his class, the absence of an immediate threat doesn’t mean that Venezuela is not in a dangerous position. Actually, the whole fuss was about Tantalum, a rare element that is used heavily in electronic components. For now, China is its only supplier in the world, which puts it in a very strong position against any country that is involved in the production of electronics, i.e., every country in the world. When it is discovered that Venezuela has vast reserves of Tantalum, something that is untapped and something that no one else in the world is aware of, Reyes joins hands with an outside force to mine it and make trillions out of it.

Jack’s investigation leads him to London where he discovers that all of this is happening under the partnership of two shell companies, one based in Caracas and other in Philadelphia. While going through Rupert Thorne’s records, the man who acts as the middleman between the companies and Max Schenkel, he notices the Philadelphia number. At that time, he doesn’t make much of it because he is focused on finding the link between the Caracas company and Reyes. Later, the name pops out again when Mike informs him that they have solid proof for their theory. But then, they are more focused on rescuing the prisoners in Reyes’s camp and the priority after that is to find Greer, the Philadelphia connection is shelved for a while.

The team attacks the Presidential Palace while the citizens of Venezuela protest outside. Greer manages to free himself and meets Jack and others half-way. Even when Mike had told Jack that attacking Reyes is not authorised to them, he makes a run for it and almost kills Reyes before Mike stops him. The only thing that reassures him is that Reyes’s own people are against him now. The secret prison has been brought to light and the whole world knows about it. His attempts to rig the election and then stop it midway also destroy whatever goodwill he had with the people of Venezuela. His career is destroyed.

Soon after, the election commission declares what Reyes tried to do and that the results are, actually, heavily in favour of Gloria Bonalde. She is declared President, and with this, we have hope that Reyes will pay for all of his crimes. Her happiness is multiplied when she discovers that her husband, who had gone missing a year ago and whose disappearance led her on the path to becoming the President of Venezuela, had been captive in Reyes’ prison and is now free. She is reunited with him and gets a happy ending.

Who is the Other Piece of the Puzzle? 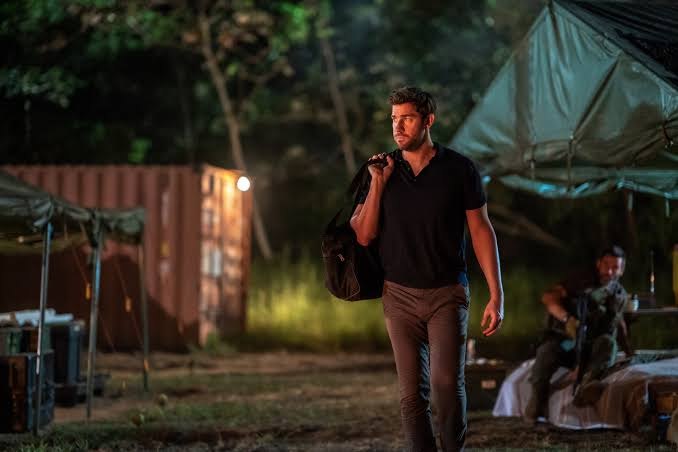 After wrapping up everything in Venezuela, Ryan returns to America. When he had asked Mike about the second company involved with Reyes, he had told him to focus on Reyes and that the State Department would handle the rest. But we know Jack well enough by now, and there is no way he is letting go of that, especially when it involves the culprits of Moreno’s murder. He follows up on the number he had for Philadelphia, through the help of Harriet Baumann, which leads him to a startling revelation.

Turns out, Senator Chapin had been in cohorts with Reyes, all along. The company that had discovered Venezuela’s tantalum reserves had Chapin as the showrunner. China’s monopoly on it was something they could use against America, and Chapin found a way around it in Venezuela. He could have gone through proper channels to make a deal with Reyes, but that’s not what you do when you can be insanely rich on your own. He planned everything illegally and with a corrupt President by his side, he didn’t have anything to fear. That was until the satellite was fired which brought it to everyone’s attention.

Venezuela came under the radar, but then, no one was taking the small South American country seriously. Russia, China and North Korea are considered the main threats, and until something leads to a connection with them, no one pays attention to countries like Venezuela. The lesson in the first episode was a way for the writers to show us why Jack would look towards it if no one else was. Chapin, too, had believed that the CIA or any other major agency wouldn’t look towards their secret undertaking and they could get away with it. But there is no escaping from Jack Ryan.

Chapin could have shrugged him off, but Jack had Senator Moreno’s support, so he was forced to send them to Venezuela. What he didn’t suspect was the attack on Jack and Moreno. But that doesn’t wash away his involvement in the matter. After Moreno’s death, he tried to keep in touch with Jack because he wanted to know what he was up to. It was through him that Schenkel got the information on Jack’s whereabouts, especially his tour to London. There is one mistake he makes that leads Jack to him. He calls Thorne with the same number that he had used to get in touch with Jack. What he didn’t realise is a single number is all it takes for Jack Ryan to crack the case. He hands over the information to the FBI and Chapin is done with.

Jack Ryan Season 3: What to Expect?

Just as the first season, the second season of Jack Ryan takes a complete arc and ties up the storyline by the last episode. The mystery is solved, the culprits are caught, villains are killed and heroes survive to see another day but not without some bruises.

In terms of storyline, ‘Jack Ryan’ has endless possibilities. The past two seasons weren’t directly based on Tom Clancy’s books. So, the third season could continue with this trend or finally have TV Jack embarking on the adventures of the Jack from the books. The location for the next season will also be pivotal in deciding what shape the protagonist’s life is to take. In the last season’s finale, we thought Jack would go to Moscow, but then, he returned to the desk job. Maybe this time, he’ll be inspired by Greer’s retirement speech and try to fill in his shoes.