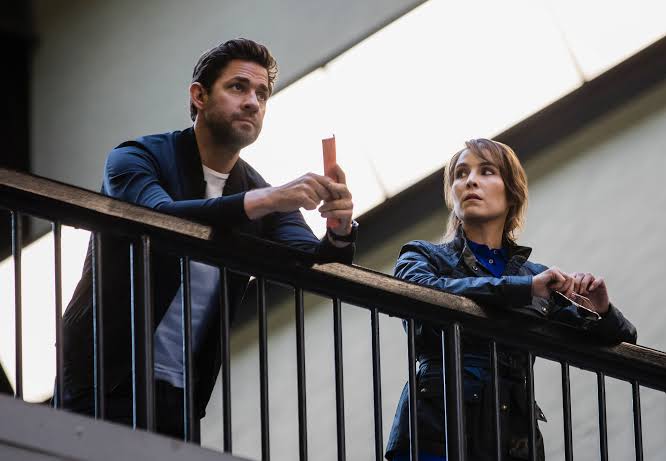 There is no question that the first episode of Jack Ryan season 2 will have your pulse racing. The action and the suspense is top-notch and leaves you wanting for more. But is the show able to sustain that momentum in episode 2? Let’s find out.

The second episode of ‘Jack Ryan’ Season 2 begins with the aftermath of the assassination of Senator Moreno. Due to his close association with the victim, Ryan is fuelled with anger and is hell-bent on finding out the people who did this. There is no doubt in him about the fact that President Reyes is involved in this and that it has something to do with the shipment they have been tracking. He follows up on the lead, and after getting stuck in a difficult situation, is rescued by a person he never suspected.

Turns out, the Germans, too, have a stake in this whole debacle. Harriet Baumann (Noomi Rapace), whom Jack previously knew as Lela, turns out to be a BND agent. She tells him that her job is to find out a missing agent, and thinks that Reyes might have him. In order to secure future assistance from Jack, she gives him a recording that has Reyes’s confidant, Miguel Ubarri and his wife wondering if it’s time for them to take reigns from the President. This allows Jack to play a gambit, and we are yet to see how that plays out in the future. Meanwhile, there is a subplot featuring Matice, whom we had last seen in the early episodes of the first season, trying to convince an ex-military man to come work for him on an off the books project. How that ties up with the main plotline is another thing that we are keeping track of.

After an explosive first episode, ‘Jack Ryan’ tries to slow things down a bit, to bring everything into perspective and not shower us with ‘too much to handle’ information. The characters that had been introduced in passing in the last episode get more screen time in the second. Their motives and loyalties are tested, and it turns out that everyone is playing their own game. In the first series itself, Jack Ryan had been established as the character who has pure intentions. His inability to see through people makes him vulnerable and rather inept in the espionage business, despite his expertise in coming up with all sorts of solutions to a problem. For example, the moment we see Noomi Rapace, we know that she is trouble. In fact, even Greer knows that she had been playing him, and he just saw her in passing. Jack, on the other hand, is completely blind to that side of her. After Suleiman, he had been branded “the bright boy”, but as Greer said, he still doesn’t know a lot of things.

While it is just a minor flaw, for now, we can expect this trait of him to result in some serious error in the future. Whether he will make this mistake in the second season itself is still a mystery, but we wouldn’t be surprised if it happens sooner rather than later. The second episode serves as an emotionally and physically exhausting ride for Jack, and there’s still a long way to go. These accentuations of his character might also mean that there are some serious lessons for the protagonist in Venezuela, and hardened by his experiences, he will not be the same man when he is done with all of this.

In terms of pacing, this episode goes steady. Unlike the previous one, where things happened one after another, not allowing the viewer to catch a break, this episode gradually sets the ground. It even tries to lighten up some moments, by throwing in awkward conversations and sarcasm. Whatever action the season had in the first episode is taken a few notches lower in this one, and the plot entirely depends on the grounded nature of espionage, quite unlike the way things happen for James Bond or any other super-agent. You put some idea in motion and you wait for it to pan out.

There are a number of ways in which the second season has proved to be more mature than its predecessor. While the first was more of a race against the clock, this one seems heavy on mystery and the clichés that define the spy genre. Also, this time, it is personal for Jack Ryan and you can see it in his eyes and actions. While this turns him into a relentless person, it also makes us wonder if revenge will become a blind spot and lead him into a big, bad mess. He is also learning a lot. He is suffering losses, he is being played and betrayed, and above all, he is in the situation where he knows exactly who the culprit is but can’t do anything about it. While with Suleiman, he was free to use a bullet; with Reyes, he has to be more patient.