When Will Jack Ryan Season 3 Premiere on Amazon Prime? 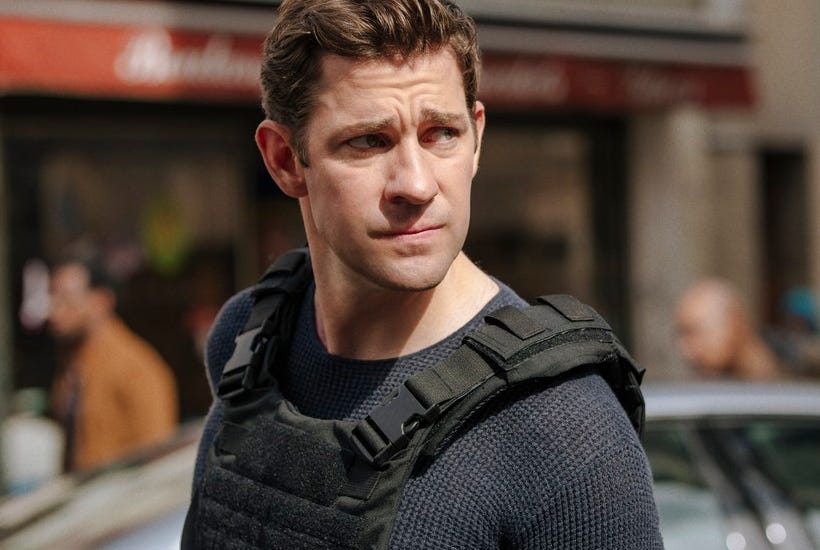 Jack Ryan Cast: Who’s in it?

John Krasinski stars in the titular role of Jack Ryan, an ex-Marine turned CIA analyst, who traces the financing backup of terrorist organizations. Krasinski is the fifth and longest-running actor to take up this character following Alec Baldwin, Harrison Ford, Ben Affleck, and Chris Pine.

The details of the cast for season 3 are sparse but definitely, Krasinski, Cornish, and Pierce are set to reprise their original roles. Some of the fresh additions in season 2 might also make a comeback in the third part. The names of additional actors who would be joining the list are yet to be disclosed.

Jack Ryan Plot: What’s it about?

‘Jack Ryan’ Season 1 follows the protagonist as he attempts to track down a terrorist named Suleiman, who has been executing a string of suspicious bank transactions. This leads Jack to abandon his secured desk job and land in the Middle East in search of the concerned extremist gang.

In Season 2, Jack becomes entangled in a case that involves a corrupt South American politician. The CIA officer discovers a truckload of illegal arms in Venezuela, which carries him all the way to Latin America. Upon landing here, he uncovers that there is a huge conspiracy that even threatens to disrupt the peace of his own homeland. As a result, Jack embarks on an international mission, which takes him across the world, from the United States, the UK, and Russia to Venezuela.

Similar to the format followed in the first season, season 2 takes up a completely different story and wraps it up with no loose threads. Just like in the Tom Cruise starrer, ‘Mission Impossible‘ films, Jack Ryan’s installments end on conclusive notes with the heroes always being victorious and the villains being either dead or captured. So, where does the plot go from here and what can we expect from the third season?

This case has been a great learning arc for our hero; he has made some allies that could prove fruitful in his next escapade and has also lost his partner-in-crime, Greer.

Well, he hasn’t “technically” lost him. With his heart condition, we know that he won’t be returning to the field. This could mean a desk job or a retirement for him. We know that James Greer would never spend his days doing paperwork, so perhaps, he will retire and spend his days in peace. Still, we expect him to be a part of Ryan’s life, one way or another. With him gone, Jack will need someone else to try and boss over him. Mike November has already played that game, and in the next season, we could see him replacing Greer. Or, we could have an entirely new character entering the game, the one who isn’t as tolerant of Jack as Greer or November. We also wish to see Noomi Rapace return as Harrier Baumann. Her role was limited to the connection with Schenkel. Perhaps, in the next case, she gets to be Jack’s sidekick.

Also, there’s one significant change that could substantially alter the way the third season is handled. ‘Prison Break‘ creator Paul Scheuring will be stepping in as the new showrunner for ‘Jack Ryan’ Season 3, replacing creator Carlton Cuse (‘Lost‘, ‘Bates Motel‘), who had exited the series in March 2019. So, Scheuring would definitely be bringing in his own dose of storytelling. Maybe, he decides to let the tv Jack fully follow the footsteps of the novel Jack. Who knows? The possibilities are never-ending.

Jack Ryan Season 3 Release Date: When will it premiere?

‘Jack Ryan’ Season 2 premiered on Amazon Prime on November 1, 2019. Already sure of receiving positive reviews, in February 2019, nine months before the release, Amazon renewed the series for a third season. Hence, fans would be thrilled to know that there’s plenty of adventures awaiting our favorite hero. The production team has not come up with an announcement regarding its release date. But it would be safe to assume that, ‘Jack Ryan’ Season 3 will premiere sometime close to the end of 2020. We shall update this section as and when we learn more.

While we wait for an update on ‘Jack Ryan’ Season 3 release date, you can check out the official trailer for season 2 below. You can also head to Prime if you wish to catch up on all the previous episodes from the series.