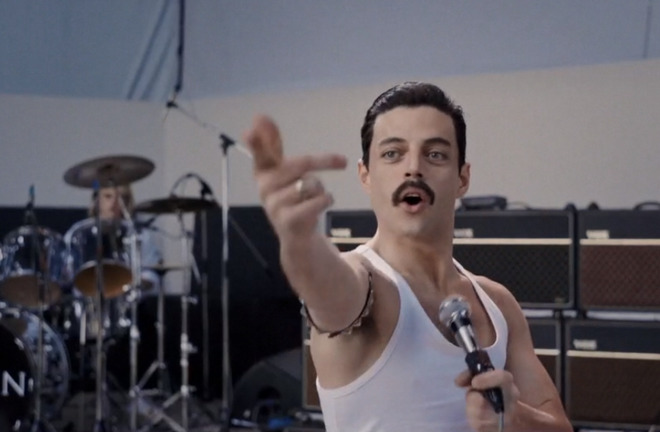 James Bond’s 25th outing may go without a title for a little longer, but the movie has a villain now. Producers Barbara Broccoli and Michael G. Wilson together with director Cary Joji Fukanaga revealed the details at the movie’s launch event in Jamaica on Thursday. The makers also teased pieces of information on the plot, but the official title is still under wraps. Malek hit headlines in February by winning the Academy Award for best actor for his stunning portrayal of singer Freddie Mercury in ‘Bohemian Rhapsody.’

The 25th Bond movie, which is tentatively called ‘James Bond 25,’ is touted as Daniel Craig’s fifth and last outing as the MI6 spy. Malek, who was absent at the official launch, shared his excitement in a video message. “I’m stuck here in New York in production but I’m very much looking forward to joining the whole cast and crew,” he said in the video. “I will be making sure Mr Bond does not have an easy ride in this, his 25th outing. See you all soon,” he added.

The video triggered the Bond in Craig and the actor joked that he was really “scared” about Malek’s character. Malek reportedly plays the role of an antagonist in the untitled flick. The cast also includes Ana de Armas, Lashana Lynch, Billy Magnussen, David Dencik, and Dali Benssalah. Ralph Fiennes and Ben Whishaw return as M and Q respectively. Naomie Harris reprises her role of Moneypenny. Lea Seydoux also makes her return as Madeleine Swann who appeared in the 2015 Bond movie ‘Spectre.’

“Bond is not on active service, he is enjoying himself. We’ve got quite a ride in store for him, and no title, unfortunately.” said producer Barbara Broccoli. “He starts his journey here. We’ve built an extraordinary house for him,” said the producer. The plot is set in Jamaica, which served earlier as the exotic location for the Bond movies ‘Dr No’ and ‘Live And Let Die.’ Broccoli also revealed a piece of plot info. Bond’s holiday is intervened by his old CIA buddy, Felix Leiter. An abducted top scientist turns out to be more deceitful. Leiter seeks help from Bond to hunt down the mysterious man behind the abduction. The mission is very dangerous, as always with Bond, because the man behind the curtain is armed with a devastating technology.

The movie is written and directed by Cary Joji Fukunaga, who is known for ‘True Detective.’ The main locations of the project are Norway, UK’s Pinewood studio and Matera in Italy. The launching event also confirmed the additional writers Neil Purvis, Robert Wade, Scott Z Burns, and Fleabag‘s Phoebe Waller-Bridge also join the project. With ‘James Bond 25,’ Waller-Bridge becomes the second female writer in the history of the franchise after Johanna Harwood, who collaborated in ‘Dr No’ and ‘From Russia With Love.’

The release date of ‘James Bond 25’ postponed recently from February 14, 2020 to April 8, 2020. MGM releases the movie in the domestic market through United Artists Releasing joint venture with Annapurna on April 8, 2020, and through Universal and MGM (UK) in the U.K. and other international markets from April 3, 2020.