All James Bond Actors, Ranked From Worst to Best 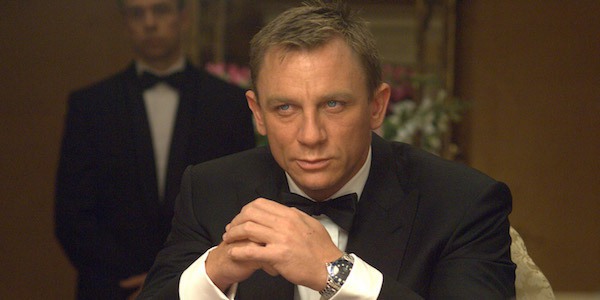 There are few characters that have been eternalised as great as cinema itself, and Bond is one of them. As Daniel Craig once said, “It’s baffling to see Bond’s popularity”. James Bond has been the living the life, dream and winning the women for decades. What makes the ‘James Bond’ franchise special is Bond himself. And if history is a proof, actors donning 007 have had a life many would only dream of. In the universe of James Bond, there is only one winner, and that is Bond himself. Known by his code number, 007, Bond has the license to kill, with no holds barred. He is charming, with a classy preference of vodka martini. However, if history is a proof, the British Secret Service Agent teams of hi-tech gadgets and appliances which can seemingly take down any adversary, be it the steel teethed Jaws in ‘The Spy Who Loved Me’ (1977), the former KGB agent Victor “Renard” Zokas, who is impervious to any pain in ‘The World Is Not Enough’ (1999), or the greed-driven Le Chiffre in ‘Casino Royale’ (2006) – he is inexplicably the better man.

For this list, I have ranked actors on the basis of their performances and how that affected the film. I’ve not included English actor David Nive as his Bond was a part of a parody and does not exist within the Bond franchise. For all the virtual abusers, the list is subjective and is etched on a rock. So, without further ado, here is the list of all James Bond actors, ranked from worst to best. Who do you think is the best James Bond actor?

With Sean Connery’s nuanced performance as 007, George Lazenby’s outing was quite forgetful. There is not much say as the Australian seemed to be devoid of any charm or charisma required for the titular agent. Ironically, ‘On Her Majesty’s Secret Service’ (1969) seems to have been a favourite of Bond connoisseurs. Holding the distinction of being the youngest actor to play Bond – aged 29 – the actor lasted in only one film.

Timothy Dalton, appearing in two Bond films, brought in a layering to the rather one-dimensional character. A precursor to Daniel Craig’s venture as moody and dark Bond, Dalton led two great Bond films. Forerunning ‘The Living Daylights’ (1987) and ‘Licence to Kill’ (1989), I quite liked his Bond. Classically trained in Shakespearean theatre, Dalton’s Bond possessed qualities of that of a Shakespearean tragic hero. However, quite unfortunately, Dalton managed to star in just two films and never made an impact on the franchise.

Roger Moore, like Sean Connery, oozed with charisma and charm. Debuting in English filmmaker Guy Hamilton’s ‘Live and Let Die’ (1973), the actor donned the spy for the next 13 years, starring in 8 flicks. The actor seemed to be a perfect replacement for Connery. However, with years come the age and Moore’s staggering persona quickly propelled towards quite unsuccessful projects such as ‘Moonraker’ (1979), Octopussy (1983) and ‘A View to a Kill’ (1985). Aged 57 at the end of his last film, Moore just couldn’t maintain the magnetism he projected in his early presentations of the character.

Being a 90s kid, Pierce Brosnan was the quintessential Bond for me. He represented everything that I looked for in James Bond – the slick walk, the cheeky talk and classy sense for drinks. Debuting in the fan favourite ‘GoldenEye’ (1995), Brosnan was introduced as the titular character stylishly infiltrate a Soviet chemical weapons facility and plant explosives. As many would attest, Brosnan exemplified a high suavity, elegance, charm and wit, possessed by Moore and exhibited the masculinity and grittiness reminiscent of Sean Connery Bond. However, it seems as though the directors chose to completely focus on Brosnan and completely ignore the art filmmaking, henceforth creating rather lacklustre projects through the span of 7 years.

I am not proud to say this, but I was a part of the crowd revolting against Daniel Craig’s casting as the agent. Like many, I argued that Craig did not possess the charm and suaveness required for Bond. However, as it turned out, Craig led some of the most critically acclaimed and commercially lucrative (barring the forgettable Quantum of Solace), and Craig has been quite a pleasant surprise. While one does miss the charisma carried by Connery, Moore and Brosnan, directors Martin Campbell and Sam Mendes have been mould the atmospherics according to him. With the progression in terms of filmmaking, Craig has been able to bring a dark sensibility as well as an emotional vulnerability. However, I do hope that Eon doesn’t make that mistake and overcast the 50-year-old actor.

Disapproved by Ian Fleming – the creator of Bond himself – Connery’s casting was met with criticism initially. Debuting in Terence Young’s ‘Dr No’ (1962), the amateur bodybuilder seamlessly slipped in the shoes of the vodka martini aficionado. The actor brought in the shade of sensuous and slick persona – a characteristic which set the tone for the Bond franchise. With his articulate take of the agent, Sean Connery catapulted James Bond into stardom, making him one of the “greatest heroes in cinema history”, as coined by the American Film Institute. With James Bond being eternalised with its 26th film, Connery seems to have cemented himself as the best Bond ever to step on the big screen.