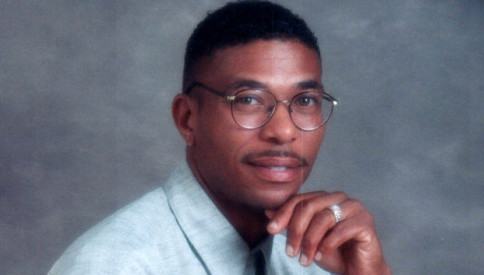 As sad as it is, hate crimes are not new to us, and neither is the fact that many of them are racially motivated. At a juncture when the whole nation is erupting into protests with an intent to put this to an end, ID posits a similar case through ‘Love and Hate Crime.’

James Craig Anderson, from Mississippi, was 47 years old when he was murdered by Deryl Dedmon, along with his friends. Anderson worked at a Nissan plant in north Jackson at the time and had a partner named James Bradfield. On 26 June 2011, a group of people were partying and ultimately decided to go buy more beers from a store that was open. As per official reports, Deryl Dedmon, an 18-year-old, initiated a plan to go attack black individuals in Jackson. As a result, they split up and drove to the western edge of Jackson, where the majority of the residents there are from the black community.

The group spotted Anderson next to his truck in the parking lot of Metro Inn. They then allegedly contacted Dedmon and several others to join them. As per reports, the group stated that Anderson was trying to steal a car, however, the vehicle was his own and it seemed like he was trying to steal because he had misplaced his car keys. The witness reports stated the group proceeded to beat and rob him, during which they made several racial slurs. “White power,” was one of the phrases used.

Anderson’s tragic fate was sealed that day when Dedmon drove his truck over him, while he was staggering along the edge of the parking lot. The whole incident was caught on surveillance footage. Even though people rushed to his aid, he subsequently died due to the fatal injuries that he sustained during the attack.

The same year in September, Dedmon was charged with capital murder and hate crime. At the time, he had entered a not guilty plea to both charges. Dedmon’s attorney, along with two of his friends’ attorneys stated that it was not a racially motivated crime and that they had merely gone there to get some beer. However, in March 2012, Dedmon entered a guilty plea to charges of murder and hate crime. He was subsequently sentenced to two concurrent life sentences in prison. At the time of his sentencing, Dedmon apologized to Anderson’s family.

His friends involved in the crime also pleaded guilty to the charges placed on them. In 2014, another four out of the total of ten people from the group were indicted. Eventually, all of the ten conspirators pleaded guilty and were sentenced to 4-18 years in federal prison.

Ripple Effects of the Murder

The case received national coverage once the surveillance footage was made public, and it was after this that the case became the subject of a federal civil rights investigation. On 14 August 2011, around 500 people marched to the motel to protest against such racially motivated hate crimes.

In September 2011, Anderson’s siblings and mother filed a wrongful death lawsuit against those who were involved in the attack. They had all requested that those involved in Anderson’s death be spared from the death penalty as it goes against the values of their faith as Christians, and other symbolic political reasons. It read, “We also oppose the death penalty because it historically has been used in Mississippi and the South primarily against people of color for killing whites. Executing James’ killers will not help balance the scales. But sparing them may help to spark a dialogue that one day will lead to the elimination of capital punishment.” To curb such incidents and make an example out of it, the family started a foundation called, James Craig Anderson Foundation for Racial Tolerance.