Where Is James Jones From My 600-lb Life Now? 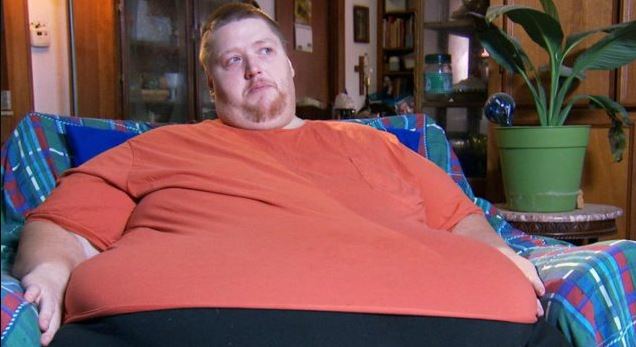 Watching the amazing transformations of people struggling with obesity has somehow become an obsession, and to be honest, we get it. It’s not just that we get to be nosy and get to know people’s past troubles and sob stories, but it’s also the inspiration aspect. Seeing their drive and determination to do better for themselves somehow inspires us to do the same. TLC’s ‘My 600-lb Life,’ which follows a morbidly obese person as they try to shed their weight in Houston, Texas with the help of Dr. Now and his program, has been feeding this obsession of ours since 2012. And season two’s James Jones has been the prime example of inspiring.

The then 37-year-old Frankston, Texas native was introduced to us in episode 7 of season 2 in 2014, weighing 728 lbs. James was actually a skinny child, having no issues with his physical well-being whatsoever, but as he grew up, he started to put on weight. By the time he was 16-years-old, his love for food had made him weigh 280 lbs.

When his father and sister both passed away due to obesity-related issues, James, too, started to pile on weight. He wanted to lose weight, but he turned to food as a form of comfort, which made him overeat much more, and soon, he was addicted. Unable to exercise or even move a lot because of his massive frame, with each passing day he was getting closer and closer to becoming like his father and sister.

Eerily, James’s sister, who passed away within six months after his father, had moved to the latter’s bed, and then once she died, James was the one who moved in. Maggie, James’s mother and caretaker, was worried that he’d be the next in line to pass away in the same bed. But, fortunately, he realized what was best for him, and determined to actually have a long and normal life, he moved to Houston and started Dr. Now’s weight loss program.

Because he was so overweight, he couldn’t immediately be approved for the gastric bypass surgery, so, with the help of a strict diet, which basically consisted of eggs and toast, he lost 53 lbs in a couple of weeks and got the required surgery. After that, it was an upwards curve for him, during his episode, he lost weight, got a skin removal surgery, got his confidence back, and even started dating a woman called Summer. He ended the episode weighing 376 lbs, having gone down an astonishing 352 lbs.

Where Is James Jones Now?

James has continued to do extremely well with both his weight loss journey and his life. Dr. Now had expressed concerns about the fact that since his family history is so bad, even a single slip up could cost him his life, but James has been extremely careful, and it seems like, naturally, he should and will live on way past his target age of 65, the age at which his father passed.

There was a scare a couple of years ago after James had to go through a spinal fusion surgery following a horrible car crash, but he never let it come between his journey towards weight loss and soon bounced back. Now, he weighs just around 250 lbs, and it seems like he is doing better than he ever was.

According to his Facebook profile, he is back in his hometown and is working as the Chief Executive Officer at a company by the name of Delsie Rose. And although his relationship status says that he is currently single, last year, he uploaded the following photo with the caption: “I kidnapped someone lmao” which makes it seem like he may be in a relationship.

I kidnapped some one lmao

We can’t be sure about anything until James actually posts about it, (he is not very active on his social media platform) but from the looks of it, it seems like he may have undergone another skin removal surgery and lost even more weight.

Read More: Where Is Susan Farmer From My 600-lb Life Now?