When Will ‘James Patterson’s Murder is Forever’ Return to Investigation Discovery? 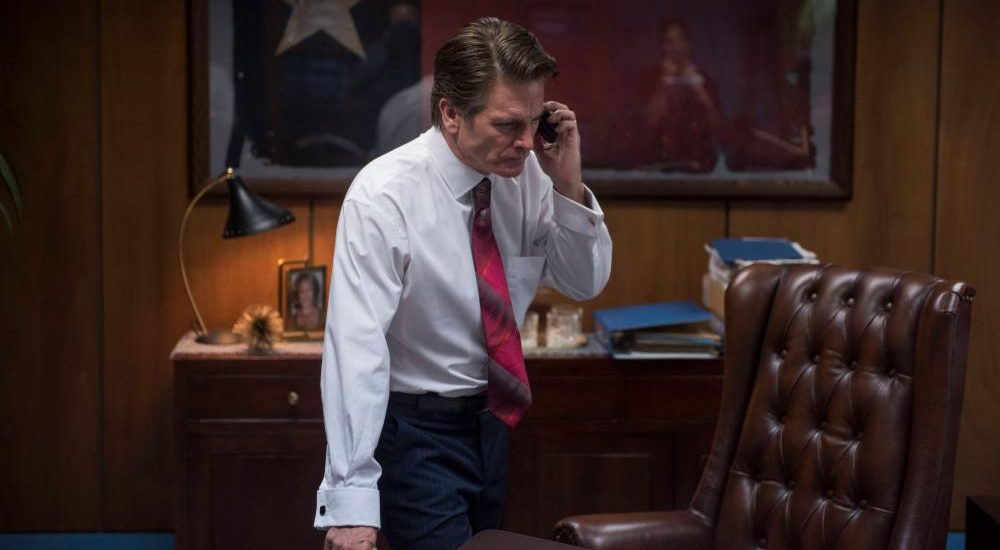 ‘Murder is Forever’, a Discovery original series, is based on American author, James Patterson’s best-selling literary series. It is a direct adaptation of the novel written by Patterson and is created by the writer himself. With Emmy winning New York-based production company Stephen David Entertainment as its helm and Petra Hoebel and Colin Teague producing the series, ‘Murder is Forever’ first released on January 22, 2018, on Investigation Discovery. Patterson handed out the responsibility of direction, to three directors – Christopher Dudman, David O’Neill, and Colin Teague, for two episodes each.

The series presents a bone-chilling experience for the viewers as they remain engrossed throughout. It is a murder mystery presented with twists and turns and the most unique thing about it is that it portrays true crime stories. Patterson who was adjudged a best-seller writer by the New York Times has his crime stories live through the series and also through Patterson’s paperback title series which has been critically acclaimed worldwide.

Murder is Forever Season 2 Release Date: When will it Premiere?

‘Murder is Forever’ Season 1 premiered on January 22, 2018. The series contains six hour-long episodes depicting real bone-chilling crime stories that resonate with the content of the paperback title which has also been a critically acclaimed bestseller. The season finale went on air on February 26, 2018.

The series was much loved by the audience just like the paperback series from James Patterson, who is known for his thrillers and fictional stories. Although the series involves true crime stories, the response of the audience was pretty noteworthy.

However, neither James Patterson, Stephen David Entertainment or Discovery have made any official announcement of a second season but considering the hype the first season generated and the buzz around the acclaimed books, a second season may just be in the offing soon.

We estimate ‘Murder is Forever’ Season 2 to release sometime in 2020. For any update on the series and official statements about the release of the second season, you can follow this space.

Murder is Forever Cast: Who’s in it?

Each episode of ‘Murder is Forever’ is a direct adaptation of Patterson’s paperback series and contains different actors emulating different roles in each crime story. Nick Blake who plays the character of Dr. Bumback is the only actor who has enjoyed screen space for two episodes. Other important cast members include Matthew Chamberlain who plays the character, Leo Fischer and Emmett Skilton who plays Detective Mois.

Other notable actors include Colin Moy as Dr. William Hunter, Ingrid Parker as Sue Fischer, Liza Chappell as Dr. Claire Hunter, Callum Grittins as Officer Woods and Narelle Ahrens as Dee Dee Blanchard, all of whom are integral characters in their respective stories.

Murder is Forever Plot: What is it about?

‘Murder is Forever’, as an anthology crime drama series, follows mysterious murders that are all unique in some way. All the stories are self-contained and are different from each other, as every episode shows a different thrilling crime story with several ups and downs keeping the viewers engrossed.

The series is about crime stories involving characters like Nancy and Frank Howard who were a pair of devotees and went to church regularly. But their life changed once a hitman turned up on their doorstep. The series highlights the issues of homicide and oppression. It portrays the story of a young Gypsy Blanchard who is down with severe illness but keeps the hope of recovering because of her mother. However, the story takes a drastic turn resulting from a death.

While kidnapping and murders have been the norm of thrillers lately this series does not disappoint in that aspect. There are several crimes and murders on the way as it shares the story of Kankakee, a small town in Illinois. Also, there is a story based on Sue Duncan and Leo Fischer, a couple from McLean, Virginia and how their life changed after an event in November. It mainly revolves around the basic crimes that take place in America but the stories are as real as it gets and to add to it, they have bone-chilling gruesome twists to add to the engagement of the viewers.

While you wait for updates on season 2, here is a sneak peek into Murder is Forever season 1.