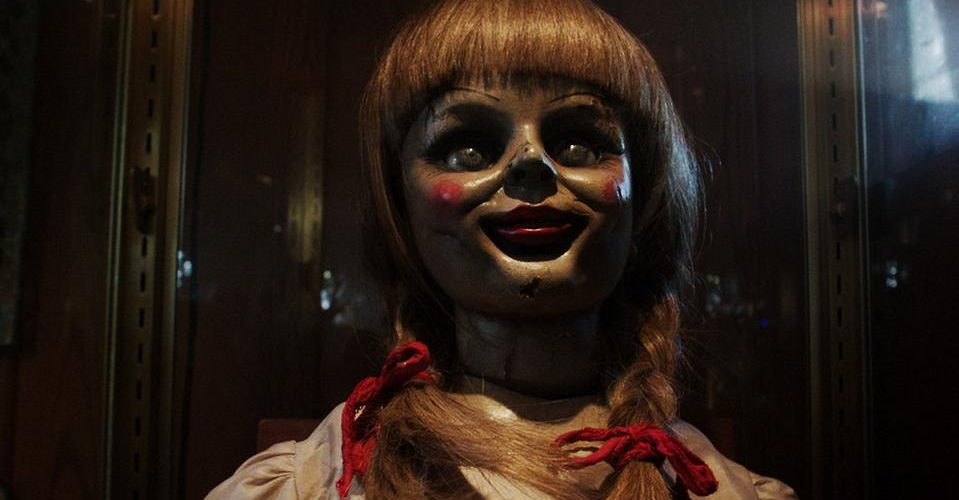 James Wan, the producer of the ‘Conjuring‘ movies, and the overall shepherd of the franchise has posted a new picture of the upcoming movie, ‘Annabelle Comes Home‘, that is going to be the latest entry in the ‘Conjuring’ universe. Since Wan is the creator of the universe, it would be most natural on his part to show enthusiasm for the upcoming film that will mark where the franchise is headed. You can check out the exclusive picture that Wan shared on his Instagram post, here.

As you can see, the picture shows the Annabelle doll amidst other supernatural paraphernalia in the household of Ed and Lorraine Warren. Franchise lovers will also recognize the music box that was first introduced in ‘The Conjuring’. There have been reports that the new movie will be jumping forward in the timeline and the doll is expected to wreak havoc in Ed and Lorraine Warren’s house. Wan captioned his picture saying, “OK, maybe she has snuck cameos in my other recent films (which I won’t confirm or deny), BUT… she’ll very definitely be up front and center on this one! The real next chapter of THE CONJURING Universe. On June 28th #AnnabelleComesHome
Directed by Gary Dauberman”.

For those unaware, earlier this year, New Line Cinema revealed that the name of the upcoming movie would be ‘Annabelle Comes Home’ which seems to be in line with Wan’s caption about the focus being on the demonic doll who helped kick off the franchise. Ed and Lorraine have kept collecting haunted items and objects over the course of their careers, in order to keep the world safe from these paranormal things. However, in the upcoming movie, we just might see their altruistic actions come back to bite them as Annabelle weaves a symphony of destruction in their room of paranormal objects.

Wan had earlier confirmed that the stars of ‘The Conjuring’, Patrick Wilson and Vera Farmiga who play Ed and Lorraine Warren, would be returning to the spinoff. He also added his own view that ‘Annabelle Comes Home’ felt more like a ‘Conjuring’ movie. Wan, whose latest stint was directing ‘Aquaman‘, said, “It finally comes to the Warrens’ home so by the very nature of it actually being in the home and the story takes place in the Warrens’ home, it feels more like a Conjuring film in that respect. I think by the very nature of Patrick [Wilson] and Vera [Farmiga] being in it, I would say somewhat, yes, because in Annabelle 3 the doll comes back to the Warrens’ home.”

Warner Bros has also released the official synopsis for the upcoming movie, which reads, “Determined to keep Annabelle from wreaking more havoc, demonologists Ed and Lorraine Warren bring the possessed doll to the locked artifacts room in their home, placing her “safely” behind sacred glass and enlisting a priest’s holy blessing. But an unholy night of horror awaits as Annabelle awakens the evil spirits in the room, who all set their sights on a new target—the Warrens’ ten-year-old daughter, Judy, and her friends.” ‘Annabelle Comes Home’ will be hitting the theaters on June 28, 2019.