Are Jamie and Trevor From Bachelor: Listen To Your Heart Still Together? 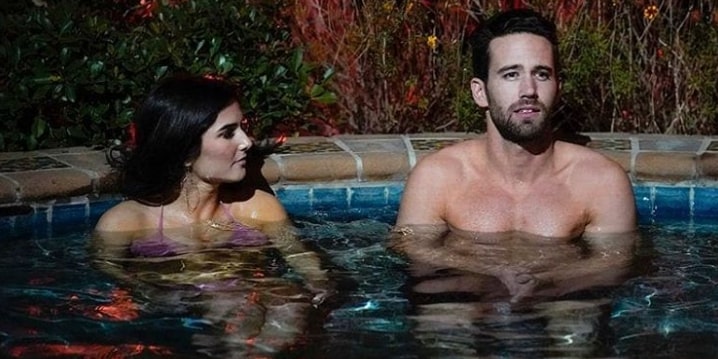 One of the most talked-about couples of ‘Bachelor: Listen To Your Heart’ are Jaime and Trevor. Having a controversial and complicated dynamic since the very beginning, fans haven’t decided whether they love them or hate them. Jamie and Trevor built the foundation of their relationship on the broken pieces of Ryan’s heart. Jaime recently received a lot of backlash for choosing Trevor over Ryan. While Ryan is sweet, genuine, and evidently a fan-favorite, the same cannot be said about Trevor.

Jamie and Trevor: Bachelor: Listen To Your Heart Journey

A 21-year-old country singer, Jaime Gabrielle found herself secretly attracted to the ex-contestant of ‘American Idol’, Trevor Holmes. The 29-year-old country-pop singer from California tried his best to snatch Jaime’s attention. Stuck in a love triangle with Ryan, Jaime was obviously confused about which connection to pursue.

While Jaime had spent a great date and shared a sweet kiss with Ryan, it wasn’t enough to keep her hooked. She was wooed and courted by Trevor, who didn’t stop at anything to steal her away from Ryan. He not only managed to have a hot makeout session with her in the hot tub but also won Jaime’s first rose. Ryan, heartbroken and betrayed, quietly backed away.

Thanks for tuning in last night. Here’s a deleted scene that @bachelorabc posted. Thanks for all the support, love you guys ❤️

Trevor and Jaime went on a date and spent some time on the beach in the second week. They are definitely emerging as a strong couple, even if they aren’t well-liked. Drama ensued when a friend of Trevor’s ex-girlfriend entered the mansion. She revealed about Trevor’s long dating and cheating history. She claimed that Trevor was in a relationship with her friend for almost three years. Trevor denied physically cheating on his ex and said that he just had an emotional affair, which is deemed much worse. This broke Jaime down in tears as she had been cheated on in every relationship in the past. Despite all this, the couple managed to kiss and make up.

Trevor’s cheating history is not surprising at all. On ‘American Idol’ he was found flirting heavily with Katy Perry and other contestants even though he had a girlfriend at the time. Since the show has been airing, many of his exes have come out and shared horrifying stories about Trevor.

Are Jamie and Trevor Still Together?

Judging by their social media accounts, it doesn’t seem like Jaime and Trevor are together anymore. Some rumors do suggest that they might have ended up in the finale but broke up after the season ended. Nothing has been officially confirmed yet.

Jaime and Trevor still follow each other on Instagram, but their activities involving each other are nil. It is possible that after the show ended, Trevor went back to his old ways and their relationship couldn’t survive in the real world. Jaime seems to be back in Nashville, wherein she is working on some new songs and experimenting with her looks. Trevor, too, seems to be busy with his music and also pursuing his lifelong dream of building a camper van.

It’s been my dream to build my own camper. There’s always been something so appealing about having a little mobile house so I can hit the road with my pup and go wherever our hearts desire. It’s not completed but I’m proud of the progress so far. Thanks to all of my homies that have helped along the way. Yesterday I took this little slice of heaven on wheels out to Malibu and practiced some social distancing with a view. Who’s coming with me on the next adventure? #camper #vanlife