Jamie Durie From Backyard Takeover: Everything We Know 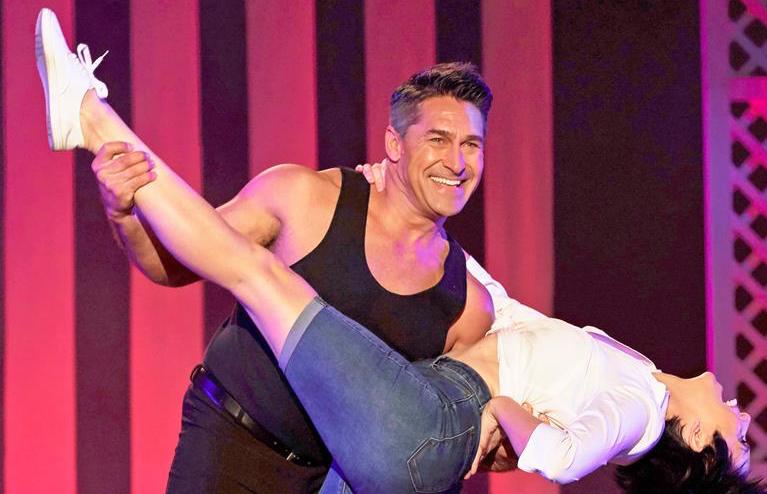 Jamie Durie has been working tirelessly for the last 25 years as a gardener, horticulturist, furniture designer, and landscaper. A profession he has been running parallel to it is of Television Reality industry. Starting at a job that exploited his physicality and sex appeal, he materialized those experiences into something more concrete.

Dividing his time between Los Angeles and Australia, he has built a steady career for himself in both the countries for over a decade now. Durie has hosted, participated, judged, or worked with over 18 shows in the US and has managed to stay on the air for 23 years. He anchored a 2008 Australian lifestyle program “The Outdoor Room”, broadcast on Seven Network. After hosting a dynamic design makeover show HGTV “Showdown” in 2009, he went on to be a presenter at PBS network’s longest-running gardening TV series (2007-2010), titled “The Victory Garden”.

isolation? some of us get anxiety some of us, garden 😅🌱🙏🏻 #watchthisspace #newgardencommingsoon #gardening #eco #naturelovers #isolationcreation

The former Backyard Blitz star said that working on projects with Oprah Winfrey was a life-changing experience. Oprah paid for the entire project for which he had flown his entire team from Australia. He feels like he owes his entire US career to her. In 2015, ‘Network Ten’ came up with an Australian lifestyle program in which Durie played the part of a visiting expert in gardening & landscaping, called “The Living Room”.  Only recently, Jamie co-hosted an Australian reality show by ‘Seven Network’ titled “House Rules” that renovates homes and gardens to win an ultimate prize. The series is still ongoing.

It is hard to imagine a bland personal life for someone who has made such spicy choices on work-front! But Jamie Durie is an extremely shy person when it comes to making confessions about his girlfriends. He is well aware that his entire career is out in the open for everyone to scrutinize and even criticize but he would not accept the same fate for his life choices. But what we know as a matter of fact is that he never married in his 50-years-long life. Durie proudly admits to having been working for more than half of it.

A lifetime bachelor, Jamie has not spent a loveless life. Though never married, he has been engaged thrice and has a beautiful daughter, Taylor Durie, from one. She shares her father’s love for greenery and creative infrastructure and is a commercial floral designer by profession. They share a very cordial relationship with each other and go camping and hiking together. He had Taylor in his early 20s and so feels like they have grown up together. Her mother, Michelle Glennock, was Jamie’s first adult romantic relationship who was a showgirl at Las Vegas. She is still his best friend and they co-parent Taylor on amicable terms.

Durie was briefly engaged to an Australian actress, Terasa Livington, but the couple remained mum about it. In 1998, they agreed for nude shots together for an art magazine “Black and White”. The one-woman Jamie was not coy about dating was jewelry designer Siobhan Way in the early 2000s. They were engaged for almost two years and broke up in 2005. What happened between them will remain a mystery because Jamie never commented on this aspect of his life.

Nadine Bush was his longest relationship that came to a final end in 2007 when he confirmed to The Daily Telegraph that, “We’ve been working through a lot of issues in the past few months and one of the biggest ones is that it’s very hard to have a relationship when you’re working in two countries.” The two was clearly not held any animosity between each other as she is the creative director of his publishing business. A runner-up on Durie’s show “Top Designs”, Lisa Christie, was the third woman he was engaged to. The show was aired in 2011 and she featured on it as an interior designer. Lisa came out and spoke to a magazine about Durie cheating on her with another woman. He never confirmed or even dismissed these allegations.

Jamie Durie has finally settled down but not in the way we might think. After building a steady career in both US and Australia, he now feels ready to shift permanently back to his home country where he feels his roots are connected. Australia was the place he grew up in and still feels homesick for. On the dating front, Durie shyly confirmed seeing a special woman back in 2019 but never revealed a name or any other details about her. We can only wait and alongside, wish him all the best for all his professional and personal endeavors.