Quietly, Netflix dropped its Indian original, ‘Jamtara’ without much promotion or tamasha. The streaming platform’s efforts to capture the Indian market have meant heavy-handed promotional efforts, both online and through traditional forms. One only needs to recall the number of billboard advertisements that were witnessed in the country when the first season of ‘Sacred Games’ was about to premiere.

In contrast, ‘Jamtara’ provides a rather rustic story set in a rural backdrop without any big Bollywood names or typically mainstream leanings. This is, in a way, Netflix returning to its previously held position of providing quality stories from unheard of or under-represented places. This comes after a string of big-budget, mass-appealing productions that failed to impress audiences. The second season of ‘Sacred Games’ was disappointing while ‘Leila’ and ‘Drive’ also failed to create a lasting impression.

‘Jamtara’ revolves around the true story of a phishing scam taking place from a village in the state of Jharkhand in India. Many have compared the show to ‘Narcos’ for its portrayal of a corrupt and almost lawless state of affairs wherein policing, politics and lack of opportunities combine in often unethical ways, curbing justice.

The first season of the show has received extremely favorable reviews. The story quickly takes form and moves at a breakneck pace. It manages to stay gripping throughout and as a matter of fact, becomes better with every episode. Indian viewers might find a few cliched premises like the corrupt, powerful politician but these conventions are quickly overturned in inventive ways to keep the tale fresh and engaging. The acting by largely unknown performers is impeccable and extremely effective.

Many viewers might be wondering what the season’s finale and ending imply though. The show leaves viewers in a rather curious state, relying on a major cliffhanger that threatens to upturn the very central fabric of the story. So…what does the ending signify? What can we expect from further seasons?

The plot of ‘Jamtara’ revolves around a phishing scam. However, the scam itself never takes precedence. Instead, the show revolves around a group of friends who regularly carry out phishing activities, making large amounts of money. When the village that they stay in, Jamtara gets mentioned in a national news report, local authorities become even more concerned about the phishing scam. A relatively amateur police officer, Dolly Sahu is transferred to the Jamtara police station. An IAS officer, she is tasked with putting an end to the scam. However, her task is not easy by any stretch of imagination.

The local politician, Brajesh Bhaan also wants a piece of the cake and demands a stake from the group of boys involved. In return, he provides them with protection and takes one of them, Rocky under his wing to make him a politician. However, this creates a rift in the group since Rocky’s cousin, Sunny does not want to get involved with Bhaan.

The rift does not get resolved throughout the season with Sunny parting ways and going about the phishing business on his own. He marries Gudiya, a girl from Jamtara as a form of business partnership. Gudiya runs a coaching center for teaching English and starts to use her students to conduct the phishing calls. Over the course of ten episodes, Dolly’s attempts to catch the perpetrators of the phishing scam are portrayed apart from Sunny’s struggle to avert Brajesh’s threats since the politician wants a part of Sunny’s illegal business as well.

In the final episode of the series, Sunny is held captive by Brajesh Bhaan. In order to free him, Gudiya decides to take Dolly’s help. Dolly, who wants to gather enough proof against Brajesh to penalize him, thinks this is an opportunity to do so. She sets up a sting operation by placing a camera on Gudiya’s purse and sends her to Brajesh’s house. She waits with a group of police officers outside Brajesh’s house.

Brajesh has been shown making crude remarks against Gudiya and expressing his desire to sleep with her to anger Sunny. Dolly and Gudiya’s plan is to catch him forcing himself on the latter red-handed. Brajesh thinks that Gudiya has come to him to offer sex in exchange for freeing Sunny.

The operation is successful and the police manage to arrest Brajesh. In the midst of all the commotion, Gudiya frees Sunny and the two flee from Brajesh’s goons. However, in the end, while the two climb a gate to flee, Sunny gets shot in the back… 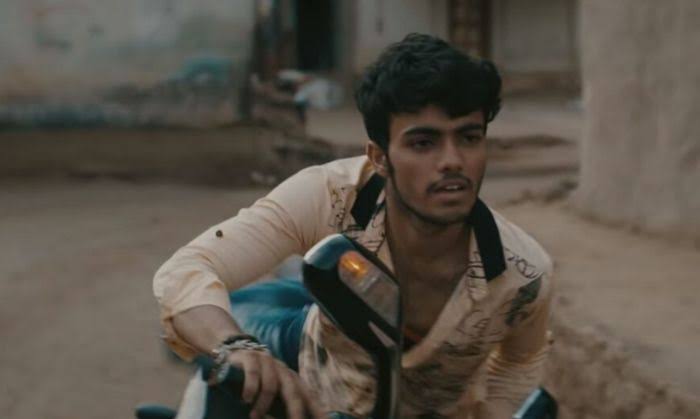 There is no confirmed answer to this question as the ending moment of the first season of the show was meant to be a cliff-hanger. Sunny gets shot in the back. So, there are chances that he might still be able to recover from the bullet and that it might not have been fatal. Although the wound did seem to be serious.

Moreover, Brajesh’s goons are still at their heels. They would have surely caught up with the couple when Sunny got shot. Gudiya quits running too when Sunny gets shot. So, even if Sunny might not die from the bullet, the goons should catch up with them. What they do with Gudiya and Sunny remains to be seen.

Furthermore, when it comes to Dolly and Brajesh, that storyline provides little closure too. Brajesh does get arrested, but one cannot tell if he will be successfully reprimanded for his crimes. Apart from the sting operation, Dolly has nothing. She did manage to steal a few important documents and phones from Brajesh’s house in a previous episode. However, that was obtained illegally, with Dolly breaking into Brajesh’s house without a warrant. So, does she have enough legally-acquired proof to frame him and justify her arrest? Hopefully, all of these answers will get resolved in the next season.

Read More: Will There be a Jamtara Season 2?