Janelle Pierzina From Big Brother: Everything We Know

Janelle Pierzina is a reality TV personality who appeared in ‘Big Brother‘ seasons six, seven, fourteenth, and is part of ‘Big Brother’ house again for All-Stars season 22. Here’s the rundown of everything we know about her so far!

Janelle Pierzina’s Age and Where is She From?

Janelle was born in January 1980, in Grand Rapids, Minnesota, and went to school at Grand Rapids High School, graduating in 1998. She attended the University of Minnesota Duluth and has a degree in communications from there. Janelle was raised by a single mother and comes from a humble background. She has also, at some point in her early life, lived in New York City.

Before appearing on Big Brother, Janelle was an actress, model, and cocktail waitress. In the years 2000 and 2001, she was charged with minor misdemeanors (DWI and shoplifting respectively) and got fined for both. She has not had any other run-ins with the law apart from these infractions. 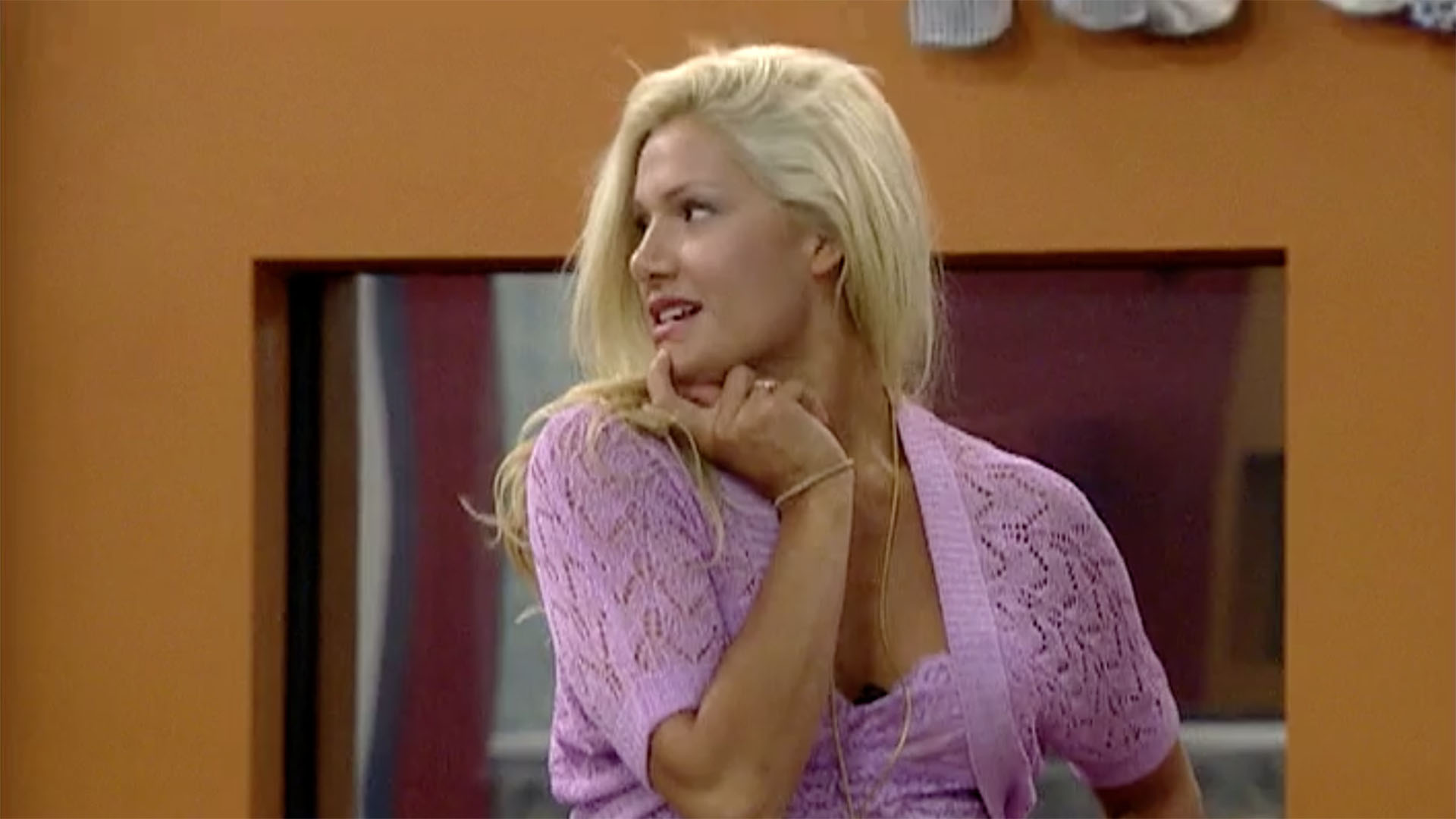 Janelle first appeared as a houseguest in ‘Big Brother’ Season 6 (2005) and then returned for season 7 All-Stars Special (2006). In both seasons 6 and 7, she reached the top three finalists before being evicted. For season 7, she even won a prize of $25,000 (voted by viewers). In ‘Big Brother’ season  14, though, she could only get through a few weeks and got evicted at number 12 out of 16. In ‘Big Brother’ season 7, Janelle also had something of a “showmance” with fellow houseguest Will Kirby (winner of ‘Big Brother 2’). Even though they didn’t last outside of the BB house, both remain on friendly terms.

In the past, Janelle has opened up about how playing the “dumb blonde” worked for her. In past seasons, she has been portrayed as a dumb but tough girl fighting her way upwards from the bottom and viewers always liked and admired her. She has claimed that she’s been happy with how the producers have painted her on the show.

Advice to newbies: Alliances can make you or break you in the #BigBrother house. Choose your new friends carefully! Also…. don’t be a floater. Floaters suck! No one wants to watch that weak ass gameplay. ☝🏼MIA @rachel_plencner #squad #sovereignsix

Janelle is a real estate agent in Minnesota, working with Edina Realty. Going by her social media posts, Janelle absolutely loves her job and is self-admittedly a workaholic. Her work profile says that she “lives and breathes real estate”. Her clients all seem to love her as well. There are a plethora of online client reviews that describe Janelle as “hardworking, knowledgeable, and fun to work with”.

So happy to have helped this couple buy their first place! We beat out 6 other offers. Can’t wait to see what they do with the place. They are huge BB fans and we had drinks and apps after and talked a little BB 😊 Congrats guys! 🍾 #janellesells

Janelle met her husband Jess DeSanto when she was 18 years old and studying at the University of Minnesota Duluth. It is not known exactly how long they dated before becoming engaged in 2009 and marrying a year later in 2010.

I know I’m a day late, but #happynationalspouseday ❤️ I met my husband when I was 18 so I’ve known him longer in life than I haven’t! 😊 #wegotthatlovethecrazykind

Jess DeSanto runs the DeSanto Investment Group with his brother Jake. Their company owns three hotels and seven rental properties in Minnesota and Wisconsin, including the AmericInn in Apple Valley. Apparently, Jess is a very private person and refrains from social media.

From Janelle’s social media posts we gather that she enjoys a very happy wholesome life with her family, and is a hardworking (not to mention successful) realtor and an even more hardworking mom. Janelle also loves apple-picking, wine tastings, going to brunch and just chilling in the family’s lake house on Deer Lake in Itaska County, Minnesota.

Never thought I’d be a Bunny person! But I love my grey little bunny so much and can’t imagine my life without him. Happy #nationalloveyourpetday Blueberry 🐰 #minirexrabbit

We love that, despite all the affluence now, Janelle knows what it’s like to come from humble beginnings and understands the true meaning of privilege. We’re super-excited about seeing Janelle play ‘Big Brother’ for the fourth time and we’ll be rooting for her!