Is Jason Oppenheim Currently Dating Anyone? 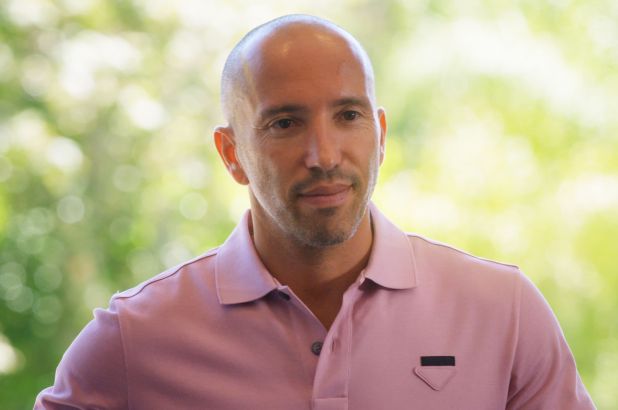 Netflix’s ‘Selling Sunset‘ is the result of a perfect blend of ‘The Real Housewives of Beverly Hills‘ and ‘Million Dollar Listings.’ Following the drama at The Oppenheim Group, where the fierce and elite female real estate brokers sell the lavish and luxurious homes in West Hollywood to their affluent buyers, this series has all the necessary aspects of a good reality TV show. Since the business is so cutthroat, when new agents join the group, the drama gets bumped up even more, because then, they have to prove their worth to the veterans.

One of the most interesting personalities in the series is Jason Oppenheim, the owner of the group and one-half of the Oppenheim twins. But, unfortunately, his life is not one that we follow, at least, not extensively. We all know that he dated his employee and co-star Mary Fitzgerald for about a year and that they share their two dogs – Niko and Zelda – but what we’re curious to know now, is whether this famously known singleton has found love or not. After all, the girls love pulling the Oppenheim twins’ legs when it comes to their relationships.

Is Jason Oppenheim Dating Anyone?

All through ‘Selling Sunset’ we have seen just how amicably Jason and Mary behave with each other even after breaking up. And, we’ll admit, although we found their relationship a little awkward at times, especially in season 1, just like all their co-stars, the bond that they share is unlike any other. Having known each other for almost two decades and having worked together for quite some time, the friends have been through thick and thin, so, of course, they’re close. But, even though Mary was his girlfriend, their relationship is not the one that we want to focus on.

Keeping safe at the office.

According to the reality star, he is close with almost all of his ex-girlfriends. He says that all his relationships ended because of timing and unforeseen circumstances, not because the woman in his life at that time disrespected him or cheated on him or broke his heart in any way. Therefore, he doesn’t see the point in letting someone he cares deeply about becoming a stranger again. As for his relationship status right now, well, it seems like Jason is single, but dating.

In a recent interview with Metro, Jason admitted that he went on a triple date with his twin brother, Brett, who also had a date, and Mary, who was, of course, with her husband, Romain. He admitted that he was worried about the comments that his date would have to endure, but that he proceeded with it anyways because, for him, the only way he can get into a serious relationship is if the lady gets the approval of all the women around him. He has to really like and appreciate her, sure, but the entirety of The Oppenheim Group has to also feel the same way.

“The real difficulty is if I’m dating someone, not only do I have to like them, and they have to pass my test, but they have to go through Mary, Amanza, Romain, Chrishell, and Heather, and I almost feel sorry for anyone I date.” Well, we’ll be honest, he should. That’s a lot of pressure for anyone, especially if they’re planning to be with one of LA’s most eligible bachelor. However, Jason also exclusively told The Sun that he is currently “happily single.” He admitted that he’s not on any dating apps and that he doesn’t “really date a lot anyway or enjoy dating.” We’re sure that if he does end up finding someone, we’ll get to see a whole lot of them, on his Instagram and on the series.

Spending the day on the Newport Coast with @themaryfitzgerald @heatherraeyoung