Jay Cook and Tanya Van Cuylenborg Murders: How Did They Die and Who Killed Them? 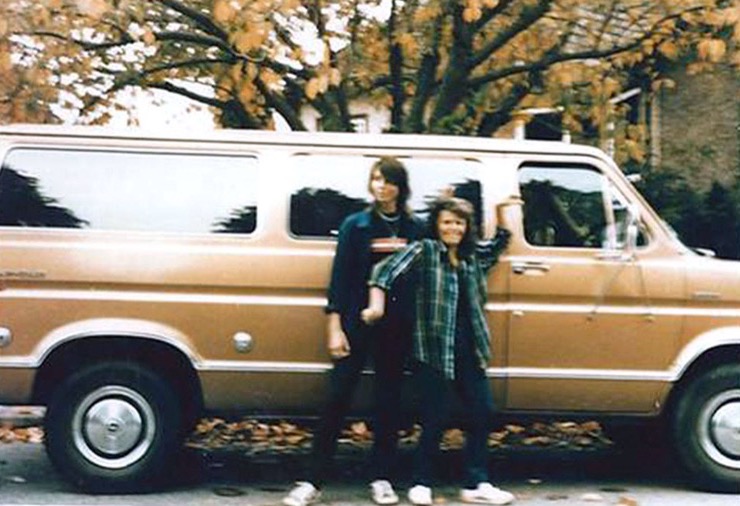 ABC’s ‘The Genetic Detective’ is based on several cold cases, that saw its ultimate perpetrators be brought to justice through the work of a genetic genealogist, named CeCe Moore. The forensic criminal investigation series unearths many cases, and one of them is the murders of Jay Cook and Tanya Van Cuylenborg in 1987.

Jay Cook and Tanya Van Cuylenborg: How Did They Die?

Jay Cook and Tanya Van Cuylenborg met each other in high school. They were in a relationship for about six months before they were killed. In November 1987, they left together for an overnight trip to Seattle. It was also to purchase some items for Cook’s family business. They had taken Cook’s father’s vehicle for the trip. They are believed to have taken a ferry to go to Port Angeles in Washington. The fuel receipt proved the same. The couple was last seen boarding a ferry in Bremerton. Their families began to get concerned when they did not return home, even after a day. Soon, the family reported them as missing.

On 24 November 1987, Cuylenborg’s body was found half-naked in a ditch near Alger, in Skagit County. She had been raped and bound with plastic ties. She was also shot in the head. Since her body was discovered alone initially, the prime suspect at that point was Cook. Even though both the families did not think the same, it was thought to be true by the police officers who worked the case.

The next day after Cuylenborg’s body was found, her keys and wallet were retrieved from Bellingham. The van was a few blocks away, and within it were plastic ties and gloves that were used to kill Tanya, along with receipts that proved that they had taken the ferry. On 26 November, Cook’s body was discovered 60 miles from where Tanya’s body was found. He had been beaten and strangled to death.

The police initially thought that the killer had left evidence such as gloves and ties behind to indicate something. The police were able to obtain DNA from the crime scene, but could not find a match. The manner in which the two were killed made the police believe that he was familiar with the prison system. It was also assumed that the couple would have met the killer on the ferry, after which they could have given him a ride.

Several months into their children’s death, the families started receiving greeting cards that would have graphic descriptions of the murder. It was later understood that it was from the same person. In 2010, the police concluded that the person who wrote those cards was just a 78-year-old man with mental health issues who had no relation to the actual crime. Almost three decades saw no credible outcome though the police ran through a multitude of possible suspects.

In 2017, a Snohomish County sheriff detective named Jim Scharf got to know about Parabon Labs, in Reston, Virginia. It was famous for using a particular DNA processing method to extract more vital information from DNA samples. CeCe Moore, a genealogist there was famous for her work in ‘Finding Your Roots.’ The show is known for tracing potential relatives through gene tracing, using public genealogy database, GEDmatch. In 2018, a composite sketch was made of the suspect, from the DNA collected from the semen found on Cuylenborg’s body. This was done through snapshot DNA phenotyping by Parabon Nanolabs.

CeCe Moore built a family tree using this technology and sourced out a cousin and another distant cousin, from which she determined the culprit to be a male child of William and Patricia Talbott. William Talbott happened to be their only son. After this discovery, the detectives followed William Talbott and retrieved a coffee cup he used. They tested it from the DNA found on Cuylenborg’s pants. It was a match. It was also reported that the palm print from the rear door of the van matched with his.

William Earl Talbott II was soon arrested and charged for both the murders in 2018. He was held on bail for $ 2.5 million. His trial in 2019, found him guilty of both the murders. He was then given two life sentences and sent to prison. (Feature Image Credit: www.heraldnet.com)

Read More: Everything You Need to Know About CeCe Moore