Who is Jeff Lowe’s Nanny? Where is Masha Diduk Now? 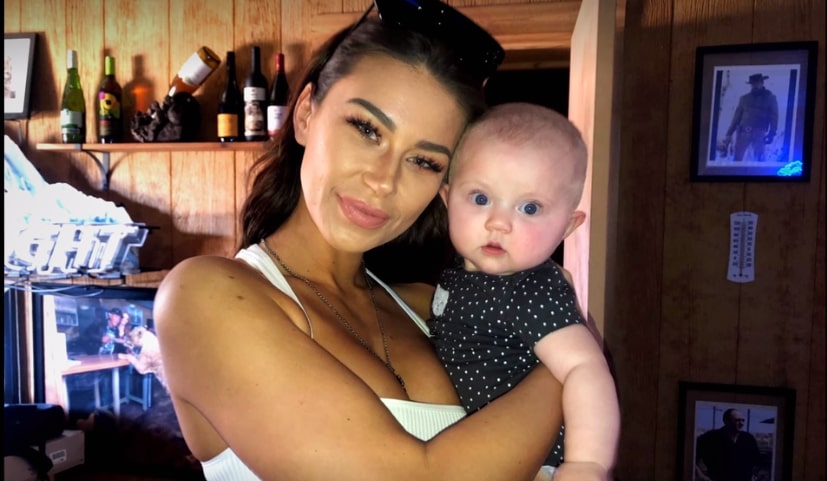 Of all the things to focus on, in Netflix’s ‘Tiger King‘, several fans have been intrigued by the cliche of the hot nanny. Towards the end of the docuseries, we find out that Lauren, Jeff Lowe’s wife, is pregnant. Since the two of them are in an open marriage, Jeff suggests that they get a hot nanny. Soon enough, according to the follow-up episode, ‘The Tiger King and I,’ “Jeff Lowe nanny,” has become one of the most googled terms. Naturally, our readers might be curious to know more about this woman. We have all the details and the latest updates right here.

Who is Jeff Lowe’s Nanny?

Jeff Lowe’s nanny name is Masha Diduk. She’s a Las Vegas-based model and Instagram influencer, represented by MMG. Although Masha does not appear in person, in the main docuseries, she’s appeared in an episode of David Spade’s ‘Lights Out,’ since then. You can check out a clip below, where Masha is introduced towards the end. She can be seen babysitting Jeff and Lauren’s daughter, Sarah.

Jeff Lowe says CAROLE DID IT while video chatting with @davidspade. #TigerKing #LiveFromTheBunker

However, many viewers felt that Jeff had just paid Masha to appear on camera. She’s refuted the claims, saying that she started working for the couple from September 2019. Notably, she’d met Jeff around four years back at a Las Vegas hotel. If you recall, the docuseries shows us how Jeff would often take tiger cubs to Vegas, for people to take photographs with the big cats. He met Masha on one such instance. However, even before the notoriety of ‘Tiger King’ attached to her name, Masha has had quite a commendable fan following of her own on Instagram.

Now, she’s at Jeff’s park in Wynnewood. You can check out a picture of Masha with Jeff and Lauren below.

Where is Masha Diduk Now?

Naturally, you might be curious about what happened to Masha’s modeling career, now that she’s got a job as a nanny. Well, she’s explained that she’s only working for Jeff and Lauren on a part-time basis. The model is finding it hard to get new gigs, since work has dried up in Vegas, amidst the coronavirus related lockdown. However, you can check out a recent retweet by Masha, which shows one of her latest shoots before the lockdown was put in place.

I think this was my last photoshoot before lockdown.@MashaBabyyy always kills it. pic.twitter.com/Io50sZ612k

As far as Masha’s opinions on ‘Tiger King’ is concerned, she’s said that she feels some of the representation might have been sensationalized. Masha has gone far enough to say that she doesn’t believe Jeff to be cruel to animals, unlike Joe. If she felt that way, she wouldn’t have worked for them. It becomes pretty clear that Masha loves working for her new employers. You can check her post below.

Tiger king who? @oklahoma_zoo 🐅 What an amazing group of people here, loving all their babies. #tigerking #netflix #quarantineandchill

Her love for animals is also clear from the image below. It seems like she’s enjoying her time babysitting Sarah.

He’s softer than he looks! little cutie 🦥 he’s my spirit animal for sure.

Jeff and Lauren certainly seem to like her, as ‘The Tiger King and I’ proves. Thus, it is evident that Masha is a model who’s currently making money, working as a part-time babysitter. It appears that she adequately fits Jeff and Lauren’s criteria of being able to look after their baby and being hot.