Jeff Lowe’s Zoo: All You Need to Know 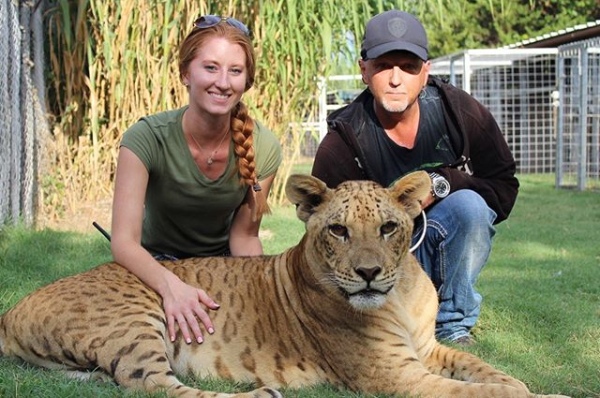 Netflix’s ‘Tiger King‘ shows us Joe Exotic’s business, where Jeff Lowe enters as a potential savior with deep pockets. As someone who’s not afraid to back down from a fight, Joe might have felt that Jeff was the best person to partner with when he was waging war against Carole Baskin.

However, as events progressed, Jeff eventually came to own Joe’s zoo, rebranding it as The Greater Wynnewood Animal Park. Just a change in name, however, has not been enough to dissociate the zoo from the notoriety that Exotic’s name invokes. Therefore, Jeff put a plan in motion to demolish the current zoo, and open a new one.

To this effect, he said, “We think it’s best to let this zoo, die with Joe’s conviction and not make the next generation of animals to live here, forever suffer his outrageous behavior and reputation. There is SO MUCH MORE to be revealed about Joe and his crimes against animals and we don’t want to be associated with him any longer.” Naturally, you might be curious about the new zoo, and we have got all the details here.

Jeff Lowe’s new zoo is called ‘The Oklahoma Zoo’. Notably, this is not to be confused with the Oklahoma City Zoo. Jeff’s new zoo is at Thackerville, Oklahoma, behind the Winstar Casino. Before you express concern about the animals at his current zoo, he’s already stated that they will be transferred to the new zoo.

The plan is to increase the variety of animals in the new zoo, by adding elephants, giraffes, and rhinos. Initially, the plan was to open the new zoo by Spring 2019. Jeff even said, “The new property is amazing, and so much of it is already in place that we could realistically be open by Spring or sooner if the weather cooperates”.

However, the zoo did not end up opening in Spring 2019, and it was pushed back to Spring 2020. Now, with the coronavirus pandemic, leading to lockdown advisories, March is coming to an end, with no news about The Oklahoma Zoo’s opening. However, one can expect it to open as soon as the lockdowns are lifted. You can check out the zoo’s site here, which has a clock ticking, to symbolize that the zoo will be looking to open its doors to visitors, as soon as possible.

Although The Oklahoma Zoo has not opened yet, we have a timeline of events, regarding the zoo’s hiring process, and the necessary certification. Initially, the zoo was on track to open in Spring 2019, since a call went out to potential employees on the zoo’s Instagram account, on January 31, 2019. You can check out the posts below.

Positions we are looking for to be filled!! Please pass the message along to someone that is qualified for these positions. Thank you.

We are looking for strong outstanding workers, who truly care, on time, work hard and can multitask. Please email us at [email protected]

However, it was only in October 2019, that the zoo received the official certification from Oklahoma State. You can check out the post below.

For now, the zoo’s Instagram page shows Jeff, and his wife Lauren, with various animals. Hashtagged ‘happy place’, it is evident that they want to make this new zoo, a place where animals are loved, respected and cared for. You can check out a recent post from the page, where Lauren poses with a white tiger.