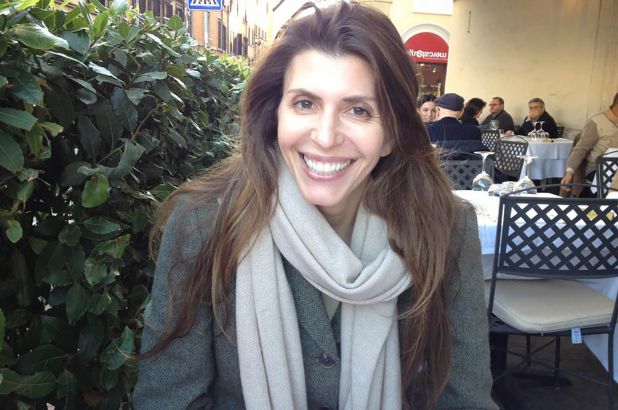 ‘Vanished in New Canaan: An ID Mystery’ looks at the missing case of Jennifer Dulos, who went missing on May 24, 2019. The case gained national attention for the unusual circumstances; it was both preceded and followed by.

Who is Jennifer Dulos?

Jennifer Farber Dulos is a Brown University graduate, born in 1968. She received a master’s degree in writing from New York University Tisch School of the Arts. Dulos even maintained a blog. She married Fotis Dulos in 2004. The two had five children together.

In 2017, the couple filed for divorce. The same year, Jennifer Dulos filed an emergency full custody order for all of her children. This was denied, and the couple was granted shared custody of their children for the duration of their divorce proceedings. Jennifer had alleged that she felt threatened by her husband due to his’ irrational and controlling’ behavior. She feared for the physical and emotional well being of their children. It was also alleged that Fotis threatened to kidnap their children if Jennifer did not consent to the terms mentioned by him in the divorce settlement.

On June 3, 2017, she allegedly said, “I am afraid of my husband. I know that filing for divorce, and filing this motion will enrage him. I know he will retaliate by trying to harm me in some way.” These claims were all refuted by Fotis Dulos. In a blog Jennifer wrote in 2012, she hinted at sleeping better with her young daughter when her husband was away. Towards the end of the post, she wrote, “Oh, Noelle, I know that this too shall pass. But I fear I may be in a body bag by then.”

Jennifer Dulos dropped her children to school on May 24, 2019, and that was the last time she was seen. She missed a doctor’s appointment she had scheduled for that day, and by evening the same day, her friends reported her as missing.

Upon investigation, the police found blood in the garage of Dulos’ house in New Canaan. It was later found that it was Jennifer’s blood. The police also found evidence to conclude that she had been a victim of a serious assault. The same day of her missing, two people, resembling both Fotis Dulos and his girlfriend, were caught by surveillance cameras disposing of garbage bags, which contained clothes and sponges with Jennifer’s blood, in around 30 trash cans in Hartford. Jennifer’s car was found later in Waveny Park in New Canaan.

In June 2019, Fotis Dulos and Michelle Troconis were arrested for fabricating evidence and hindering prosecution. However, they pleaded not guilty to these allegations. Fotis Dulos’ attorney, Norm Pattis, stated that Fotis could not have killed his wife based on the given timeline of events. The following month, while on bail, Dulos released a public statement in which he said, “But I trust the system and the process and ask the public to do the same.” Furthermore, he stated that it’s understandable why the public thinks of him as a monster as they were only given certain kinds of information.

In September 2019, both Dulos and Troconis were arrested again on the charge of tampering with evidence. They once again pleaded not guilty. In January 2020, Dulos was charged with capital murder, murder, and kidnapping. The police authorities claimed that Jennifer was killed sometime between 8:05 AM and 10: 25 AM after she came back from dropping her children to school. They also claimed that Fotis tied up Jennifer with zip ties and placed her in her own car while cleaning the garage.

Troconis, on the other hand, was charged with conspiracy to commit murder. Kent Douglas Mawhinney, Fotis’ former attorney, and friend was also arrested on conspiracy to commit murder. This is because Mawhinney’s estranged wife expressed her fear that he was involved in Jennifer’s death. Though the police and K9 dogs found a shallow grave on his property, no body was found. They suspected that something had been removed.

On January 30, 2020, Fotis Dulos died in a New York City hospital. At the time of his death, he was being treated for carbon monoxide poisoning. According to his attorney, he had tried to commit suicide. He put a tube from the exhaust pipe of his SUV to the inside of his car in the garage. In a note he wrote, he stated that neither he nor anyone accused is guilty of having killed Jennifer.

While the worst is presumed to have happened to Jennifer, considering the blood they found, her body has still not been discovered to conclusively state anything. On the record, she is still a missing person who has not been found. Carrie Luft, the spokesperson of Jennifer’s family recently, said, “We miss Jennifer beyond words. The ache of her absence doesn’t go away. Countless questions remain unanswered.” (Feature Image Credit: Nypost.com)