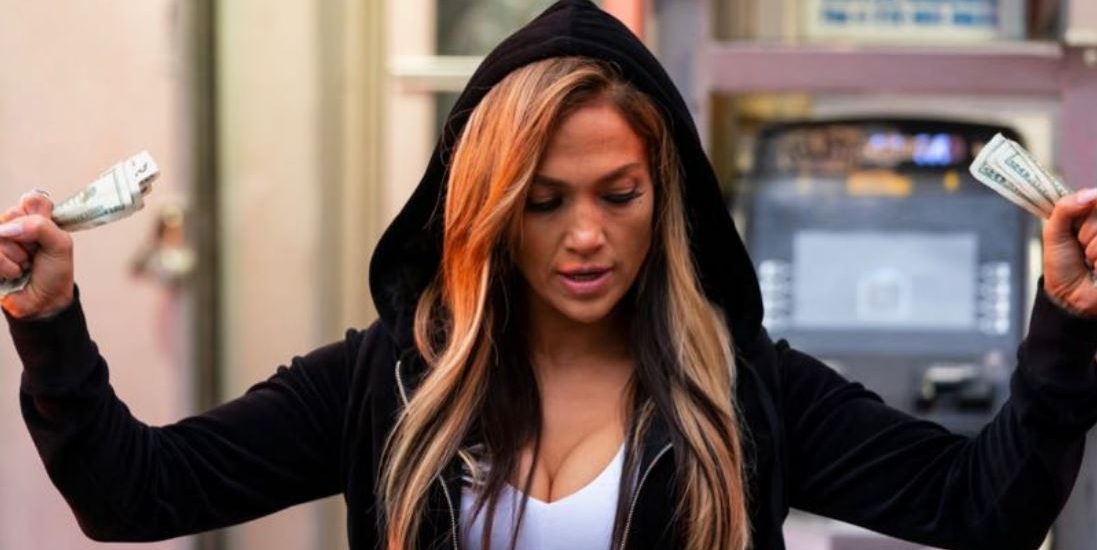 STX Entertainment has dropped the first trailer for upcoming real-life stripper crime drama ‘Hustlers.’ The tightly packed trailer introduces an apparently “Robin Hood” plot along with the ensemble cast, Jennifer Lopez, Constance Wu, Lili Reinhart, and Keke Palmer. But the real surprise shots of the trailer are Cardi B and Lizzo. ‘Hustlers’ marks the live-action feature debut for both the music superstars.

Directed by Lorene Scafaria, the movie is based on the New York Magazine story titled ‘The Hustlers at Scores‘ by Jessica Pressler. The plot follows a crew of strip club employees who band together to exact revenge on the filthy rich clients from Wall Street.

Ramona (Lopez) leads stripers charged with a vengeance while other members, Destiny (Wu), Diamond (Cardi B), Mercedes (Palmer), Annabelle (Reinhart), and Liz (Lizzo) take on the wrong men in their lives with two of the most lethal weapons, money and lust.

The first look opens with Remona delivering Destiny tips on how to deal with the stripper pole.

“From here you can do the carousel,” she adds before taking a swing from the pole.

Apart from directing the movie, Lorene Scafaria, who is known for ‘Seeking a Friend for the End of the World,’ also wrote and co-produced ‘Hustlers.’ Jessica Pressler based her story on a group of former strip club workers who unleashed their revenge upon their Wall Street clients in the most disastrous way.

“The game is rigged and it does not reward people who play by the rules,” says Ramona in the trailer.

“They stole from everybody. Hard-working people lost everything and not one of these douchebags go to jail,” Lopez said in a previous interview. “The game is rigged and it does not award people who play by the rules. It’s like robbing a bank; except you get the keys.”

Usher, Frank Whaley and Julia Stiles round out the cast of the film which is produced by STXfilms alongside Lopez, Elaine Goldsmith-Thomas, Benny Medina, Adam McKay, Will Ferrell, and Jessica Elbaum for Gloria Sanchez Productions.

“The film is an empathetic look at women and men, our gender roles, what we’re valued for, what we’ve been told is our value in every movie, TV show, every corner of the culture,” Scafaria said in a conversation. “Men have been told they’re worth the size of their bank accounts. Women have been told they’re worth the symmetry of their faces, their bodies, their beauty, and that’s what this film is based on. The rules of the club are the rules of the world.”

Check out the first trailer for ‘Hustlers’ below.