Jenny and Dave Marrs are life partners as well as co-founders of their renovation company Marrs Developing. The establishment aims to restore historic homes, and the business associates employ their creative instincts to turn dilapidated spaces into a lovely abode. With a deep-rooted faith in charity, both work in partnership with Help One Now, along with setting up a blueberry farm, the proceeds of which provide for the skills training of teenage children in Zimbabwe.

The adorable couple became a household name after Jenny’s specialization in designing, and Dave’s expert handiwork was showcased on national TV. As the popularity of their craft grew, ‘Fixer To Fabulous’ came out with its second season in October 2020. The HGTV fans have been curious to know all about the hit show’s charming hosts!

The Bentonville-based developers, Dave and Jenny Marrs met as colleagues at a company that they started working at straight out of college. The two developed a close bonding with each other, but their time together had to be cut short as Dave’s job profile required him to relocate frequently. Despite hailing from different places – Dave from Colorado and Jenny from Florida – both eventually worked out the long-distance relationship pretty well. 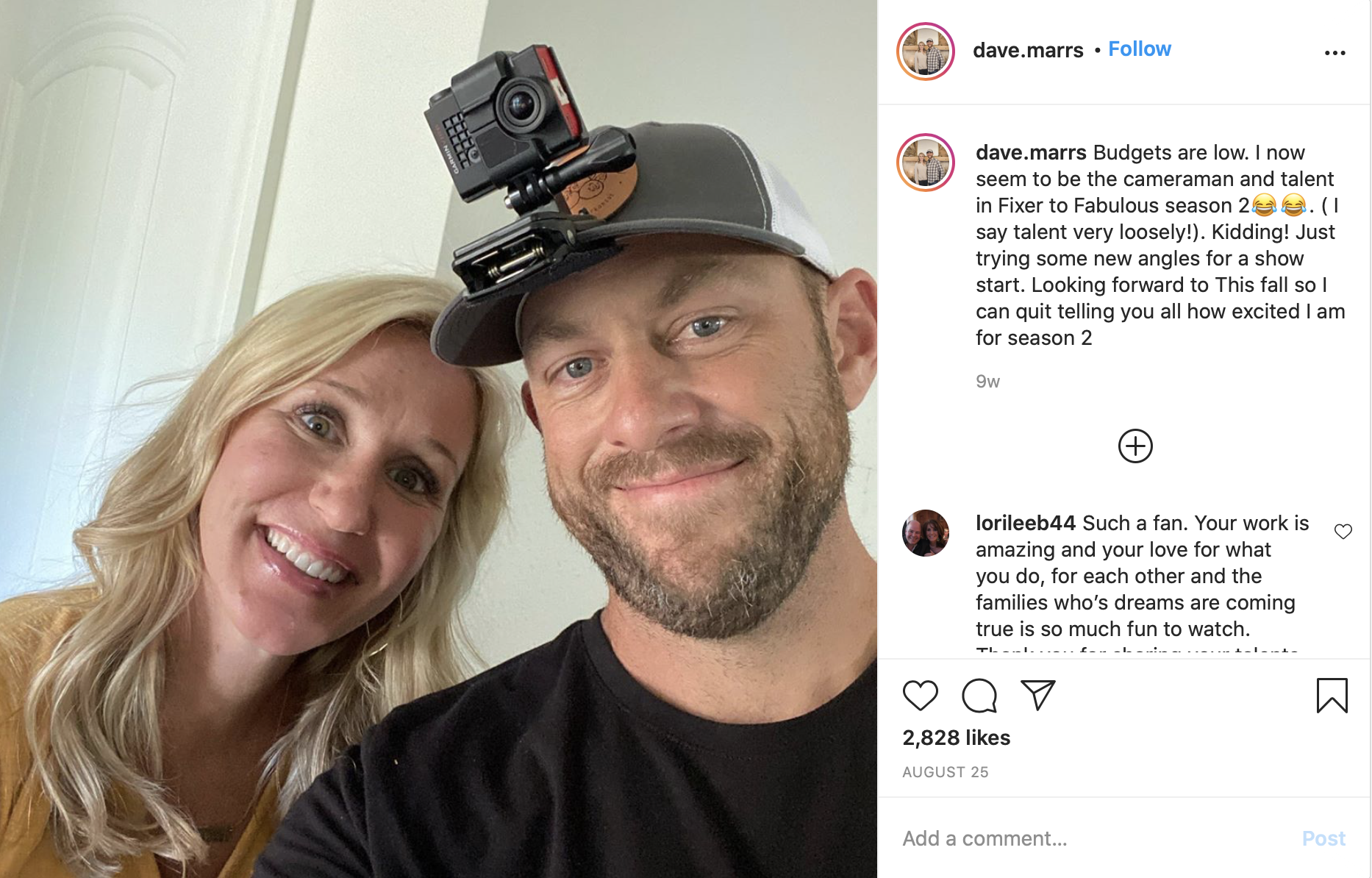 Northwest Arkansas brought them together, and the couple has not left the town for the last 16 years. From getting married to starting a company in 2004, they have done it all! They surprise everyone with their seemingly unending list of tasks performed within a span of 24 hours. The reality TV stars have undertaken the responsibilities of a flourishing business, philanthropic endeavors, raising five children, along with taking care of countless farm animals.

When infertility dampened their plans to start a family, the two started searching for adoption programs in Russia and Ethiopia. The seed of adoption had been planted in Jenny and her husband’s minds since the beginning of their relationship. But the story of how they planned to bring a child home and how it actually happened is unbelievably harrowing yet beautiful! Miraculously, Jenny became pregnant with twin boys, Ben and Nathan.

Yet the first-time parents were still strong-willed to bring a child home and thus chanced upon Sylvie’s profile who hailed from the Democratic Republic of Congo. On November 12, 2012, the family made up their minds to bring her home, but they hardly knew that it would be a 600-day-long journey. By the time the 2-year-old came home in July 2014, her new family had grown even further as she now had a baby-sister, Charlotte, who was then eight weeks old. The Marrs clan welcomed baby Luke in September 2019 and is now a proud family of seven (excluding the pets!)

Jenny and Dave Marrs are both staunch advocates of a slow-paced life. But the creative renovators strongly believe that living in a small town does not necessarily mean residing in worn-down houses. They restore historic homes into contemporary-looking spaces and build customized houses for those seeking their guidance and help.

Long before they became TV personalities, the duo had started creating masterpieces working from a small farm in a restored 1906 home at which they currently reside. In the show, Jenny Marrs laughingly narrated how she thought of the producers’ first offer to be a spam email and deleted it right away. But the Knoxville-based production assured them of their authenticity and promised not to paint their small town negatively.

However, the show was not ‘Fixer to Fabulous,’ which premiered on October 22, 2019. In fact, they began their journey as reality TV stars with ‘Almost Home’ as it received the green-light after its pilot episode received a positive response in November 2017. From then on, Jenny and Dave have customized more than 300 homes in Northwest Arkansas, the town they are proud to call their home.

The pair is particularly loved for their down-to-earth demeanor. They do not portray themselves as a power couple or business associates but as a team of a contractor and an interior designer coming together to turn people’s dreams into reality. The two have collaborated with HGTV on several projects, its newest addition being ‘Life on Marrs.’

Read More: What is Dave And Jenny Marrs Net Worth?