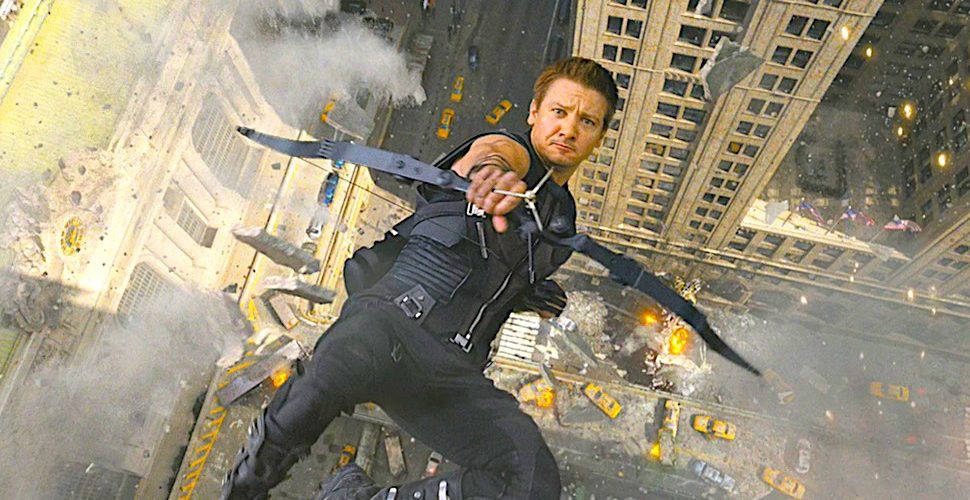 Jeremy Renner’s ‘Hawkeye’ joins the Marvel Cinematic Universe line-up of Disney+, reports Variety. Disney’s upcoming streaming service has reportedly commissioned a limited series based on the Marvel character with Renner in the lead role. Touted as an adventure series, the unnamed project revolves around Clint Barton, a.k.a. Hawkeye, the archer ace in the Marvel Cinematic Universe. The series also features Kate Bishop, Hawkeye’s protegee, who takes over the Hawkeye mantle. Kate hasn’t appeared in the Marvel Cinematic Universe yet but appears in Marvel Comics as a member of the group Young Avengers. Renner amassed a global fan base with his Academy Award nominated roles in ‘The Hurt Locker’ and ‘The Town.’ Movies like ‘American Hustle,’ ‘Arrival’ and ‘Wind River’ have made him an A-lister. The importance of his role as Hawkeye is yet to decipher. There are speculations that the events of ‘The Hawkey series‘ are set before Endgame,

Renner’s first outing as Hawkeye was in ‘Thor’ as an uncredited cameo. He reprised the role in ‘Avengers,’ ‘Avengers: Age of Ultron’ and ‘Captain America: Civil War.’ Renner’s Hawkeye will also play an important role in the upcoming MCU flick ‘Avengers: Endgame.’ The untitled Hawkey miniseries belongs to the MCU roster and is getting ready for Disney+ launch by the end of 2019. The other limited series in the works based on MCU characters like Falcon, Winter Soldier, Loki, Vision, and Scarlet Witch. Each miniseries is rumored to have six to eight episodes. The projects are produced by Marvel Studios and Kevin Feige, who is the godfather of Marvel Cinematic Universe for years. Reports suggest that Disney+ pumps huge sums of money into the production of the miniseries to rival Netflix, Amazon Prime and Hulu. Both Disney and Marvel as well as the Reps for Renner keep silent about the details of the miniseries.

Disney+ is busy building up its own Marvel Universe with Tom Hiddleston plays the lead in a Loki series, Paul Bettany and Elizabeth Olsen play Vision and Scarlet Witch in their independent series and Anthony Mackie and Sebastian Stan team up for their standalone Falcon and Winter Soldier miniseries. The Hollywood Reporter reports that Disney+ also has two unscripted Marvel shows in the pipeline, which include an anthology docuseries working titled as ‘Marvel’s 616’ and Marvel’s ‘Hero Project,’ about the influence of each young heroes on their communities. The new partnership between Disney+ and Marvel emerged in the wake the Netflix’s cancellation of all MCU shows at one go. Netflix has announced it would no longer produce the Marvel shows like ‘Iron Fist’ or ‘Luke Cage,’ and cancellation of ‘Daredevil’ followed. The rift comes up when shows like ‘The Punisher’ and season 3 of ‘Jessica Jones’ is due for this summer. These two shows will be the last from Marvel-Netflix universe. Disney+ announced its expansion plans when Marvel goes for a restructuring of its pantheon with some of its key superheroes say goodbye with the upcoming ‘End Gam.’

It seems the Marvel-Netflix tie-up will come to a dead end by the time Disney+ launches its services in late-2019. According to reports, Marvel is planning to build the next generation MCU for Disney+ which will give the fresher a competitive edge against Netflix. Moreover, Disney is going to pull all their exclusive content from Netflix with the launch of Disney+. Marvel’s parent company wants to make its in-house streaming service enjoys a privilege of exclusive Disney shows and characters, a move that costs Netflix its popular shows and characters.