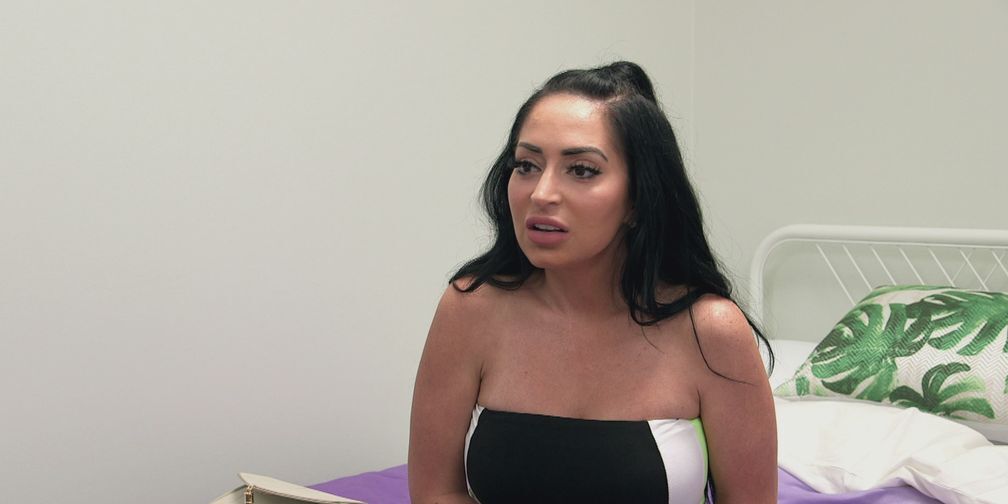 The dramatic ‘Jersey Shore Family Vacation’ Season 3 focuses on the grand re-entry of The Situation (Mike) into the house, after serving several months in jail for tax evasion. Meanwhile, Snooki has declared this to be her last season as she wishes to spend more time with her kids. Also, JWoww has been having trouble maintaining a healthy co-parenting relationship with her ex-husband Roger Mathews. Call Khloe Kardashian, maybe?

The latest episode showcases Mike relishing a surprise Italian feast while Angelina hangs out with a mystery man. In case you wish to refresh your memories, check out the recap. If you want to know what happens in the upcoming episode, i.e., ‘Jersey Shore Family Vacation’ season 3 episode 19, keep reading!

You can watch the ‘Jersey Shore Family Vacation’ season 3 episode 19 by tuning to MTV at the above-mentioned time. You can also catch the show on MTV’s official website.

The upcoming episode is titled ‘The Shorefather.’

We know how difficult it has been for Mike to spend eight months in prison, away from his friends and his wife, Lauren, whom he wed less than two months before going to jail. He has skipped months of fun with his loved ones, and therefore his best pals might decide to give Mike a quick recap of everything that went down in those eight months. It’s going to be a trip down memory lane for the fans and, of course, for the housemates.

We can expect them to be super excited to see Mike’s reaction on “the movie” they have put together in his honor. It may feature a compilation of all the fun and tragic encounters of the housemates, yes, including the footage showcasing Deena’s meltdown after the unfortunate death of a squirrel. It’s going to be a wild premiere night, ya’ll. Don’t forget to bring a tub of popcorn.

Next Jerzday, be here for the world premiere of 'The Shorefather'. 🎥 An all-new #JSFamilyVacation will be, as @DJPaulyD says, A MOVIE! 📣 pic.twitter.com/CTof5OgCH6

The episode is a continuation of last week’s episode. JWoww and all her gal pals are busy having fun with the drag strippers, when all of a sudden Snooki and Deena spot Angelina getting way too comfortable with a man, who is not her fiance Chris, but Angelina’s friend Mike. Jenni joins in on the awkwardness, and one of the girls, calls Angelina out for it. She quickly explains, “Holding hands with one of my guy friends that I’ve known for 10 years is not cheating.” Well, that’s correct, but where’s the line, Angelina?

While getting back home, Angelina calls Chris and informs him about her the “other Mike” situation, expecting him to be all chill about it. Turns out, he is quite upset with the “no big deal” encounter. The next morning, we see Pauly, leaving to host 2 DJ gigs while Ronnie goes to spend some time with his beautiful daughter. With free time on their hands, the women decide to head out to shop for Angelina’s wedding gown. On learning that Chris is still upset about the other night at the party, Jenni steps in and clears the air, assuring him that nothing inappropriate happened between Angelina and her friend Mike, and asks him to take it easy.

The highlight of the episode, however, is Vinny’s little surprise for Mike, which involves a grand Italian feast prepared by Vinny’s personal chef, his mother, Paula. Lauren and Mike are surprised to see Uncle Nino too. After savoring the meal, Mike thanks Uncle Nino for telling his boys to look after Mike in prison, adding how much he appreciates the gesture. He says, “The whole experience wasn’t fun at any particular time, but I appreciate you putting out the word.” Sweet!