Are Jessica Batten and Mark Cuevas Still Together? 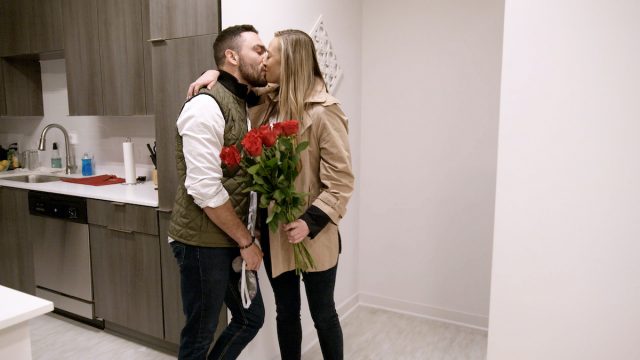 Love is Blind was a game-changing show for Netflix and we really hope it returns for a second season. But until that happens, we have to be satisfied with tiny tidbits about the lives of the reality stars featured in the first season. Now, if you have watched the series, you would know that one couple who managed to create quite an amount of controversy was Jessica Batten and Mark Cuevas.

The two bonded almost immediately over their mutual love for Chicago, family traditions, religious beliefs, and especially, Italian beef. However, things took a bad turn with the arrival of Matt Barnett, who eventually got married to Amber Pike. But Jessica had feelings for both Mark and Matt, and eventually chose the former when Matt decided to go ahead with Amber. So, Mark was never Jessica’s only choice from the beginning. Moreover, she was always confused about their 10-year age gap although Mark did not think of the difference as an obstacle.

Despite these issues, the couple walked down the aisle during the finale but at the last moment, Jessica decided to ditch the personal trainer and they never went ahead with their marriage. However, during the reunion episode that aired on March 5, 2020, Jessica expressed her remorse on how she handled the situation. On the other hand, Mark continued to praise her and said how she had made him a better man. There was even a hint of flirting between the two when Mark teased her that she never made him his favorite Italian beef. So what does that mean for the couple? Do they still hold a chance of making it back together? Let’s find out.

Where Are Jessica Batten and Mark Cuevas Now?

Apparently, Jessica and Mark are not on speaking terms as of now. At one point, Mark did reach out to his ex-fiancee, just to ask her how she was doing. But he never heard back from her. This is what he told the New York Post in an interview:

But there are fans who are still hoping that the Love Is Blind stars might one day realize they are meant for each other. But let’s get right to the point here — that’s not happening! Mark is all set in reaching his fitness goals and yes, apparently he is enjoying his single life.

On the other hand, Jessica is busy doing what she does best — traveling, spending time by the beach, and cozying up with her dog.

Find me and Payton on Cameo! All proceeds are being donated to NetHope! Link in bio! 💕

Yes, they are doing pretty well individually and it seems, they have moved on in their lives. So, no, they are not together and won’t be in the near future as well.

However, meanwhile, Mark is the new fan-favorite reality star on television. And viewers want to see more of him in the next season. Several fans even expressed that they are totally vested in Mark’s love life and because of his mature, gentle nature, they wish that he would find his true soulmate in the reality show. He is still single and if he appears in season 2, he can use his experience in guiding the other newbies.

Moreover, his return would prove one thing — a heartbreak in a reality show does not mean that there cannot be a second chance. So what do you think? Would you love to see Mark once again? Let us know in the comments below!

Read more: Are Lauren Speed and Cameron Hamilton Still Together?