Joanna Teplin From Get Organized with The Home Edit: Everything We Know 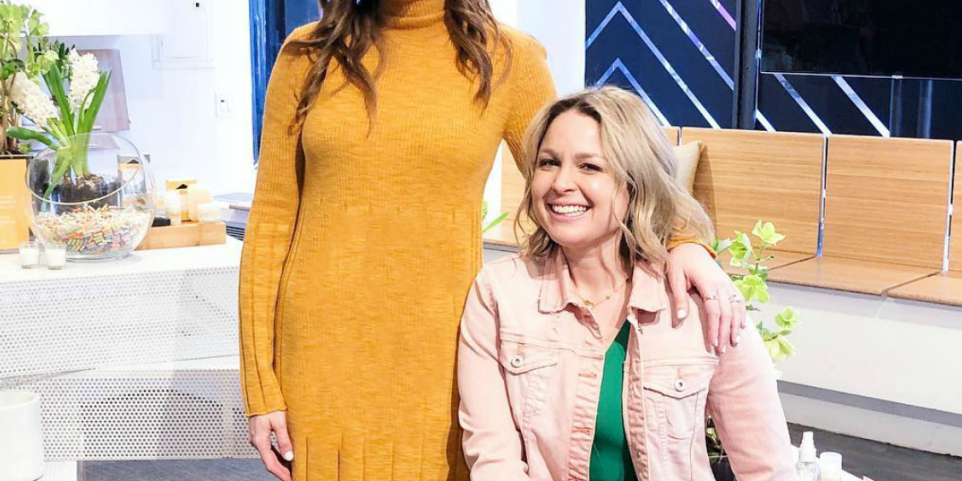 Of late, mental health experts have been stressing over the fact that to declutter one’s life, a person must first organize his/her home. Netflix’s ‘Get Organized with The Home Edit’ throws light on the same concept that a well-ordered house creates a positive home environment, reduces stress, and saves a lot of time. The show features organizational gurus who provide celebrities and regular clients with the tools and techniques to save their space, time, and energy by creating a tidy and sustainable environment at home. One-half of the expert home-organizing duo is Joanna Teplin. Let’s find out more about her personal and professional life!

Joanna Teplin: Where is She From?

Joanna Teplin hails from the quaint town of Chapel Hill, North Carolina. The talented organizer was born on August 20, 1979, to Dr. Stuart Teplin, a pediatrician, and Sari Teplin, a consultant at a medical facility. As a kid, Teplin used to arrange her toys and penguin figurines systematically. While she was pursuing a degree in film and media studies at The University of California, Joanna’s car and dorm room were packed with stacks of clothes but as she grew up, Joanna developed a passion for arts and crafts.

After her graduation in 2001, Joanna shifted to San Francisco to polish her artistic skills. She then moved to Los Angeles, California, and after spending some time in the Golden State, Joanna moved to Nashville, Tennessee, where she lives with her husband and kids. Her parents are still residents of Chapel Hill, also dubbed as the Southern Part of Heaven.

Joanna Teplin is a private person when it comes to her personal life. However, we know for a fact that she is married to New Jersey native Jeremy Rubin for more than nine years now. He is a business administration graduate from the University of Florida. He served as a Promotion Manager at Columbia Records for over thirteen years.

While living in San Francisco, the couple welcomed their first child Miles Reid in 2011. A few years later, Joanna gave birth to a daughter, Marlowe Aerin. In 2013, when Marlowe was still an infant, Rubin bagged the position of a Promotion Manager at Warner Bros. Records, owing to which the family moved to Nashville, Tennessee. Rubin is very supportive of his wife’s endeavors and is also a doting father to their adorable kids. Here’s a picture of the Joanna and her business partner Clea’s family members!

Joanna’s love for all things stationery and craft got her a job at San Francisco’s famous Union Street Papery. At just 22 years of age, Joanna founded a boutique greeting card line by the name He said. She said. In Los Angeles, Joanna developed Joanna Teplin Invitation Consulting, to manage and organize wedding planning in 2007. However, her entrepreneurial heart yearned for something more large scale and satisfying.

If your pantry has glass doors…call us. We’ve got you covered. ✨ #thehomeedit #getorganized #pantry #organization

A few years after her move to Nashville, the mother of two met Clea Shearer via a mutual friend in 2015. The two went for lunch and instantly clicked over their shared passion and similar background. Within twelve hours, Joanna and Clea came up with their business logo, name, and official Instagram page for their now-famous company – The Home Edit.

Since 2015, the duo has changed many lives with their signature stylized aesthetic and ROYGBIV pattern of arrangement, including that of celebrities like Reese Witherspoon, Dan Levy, Gwyneth Paltrow, Kacey Musgraves, and two-fifth of the K-sisters – Khloe and Kim Kardashian.

SUCH AN AMAZING time organizing @kimkardashian’s house! Cheers to the best week ever! 🥂🥂🥂🥂🥂

Their services range from $250 to $525. The duo published their first book titled ‘The Home Edit: A Guide to Organizing and Realizing Your House Goals’ in 2019. They also own a container line and have also appeared on ‘Master the Mess,’ a show on Reese Witherspoon’s video-on-demand channel, Hello Sunshine.

When @instadanjlevy told us he was moving into his new house, we told him we were… immediately on our way to help 📦📦📦 #thehomeedit

Among the two business partners, Joanna is the socially private one, but with over 1.7 million followers on their joint Instagram account, the dynamic duo shows no sign of stopping. The account is filled with organizing tips, milestone celebrations, or cute pictures featuring their respective children. When Joanna is not transforming people’s homes, she loves to go to her nearest drive-thru Starbucks and get herself a dark chocolate drink. She gets anxious every time she has to catch a flight. If you want to be on good terms with her, avoid using words like “moist,” her absolute pet peeve.