Are Joe and Kerry From Say I Do Still Together? 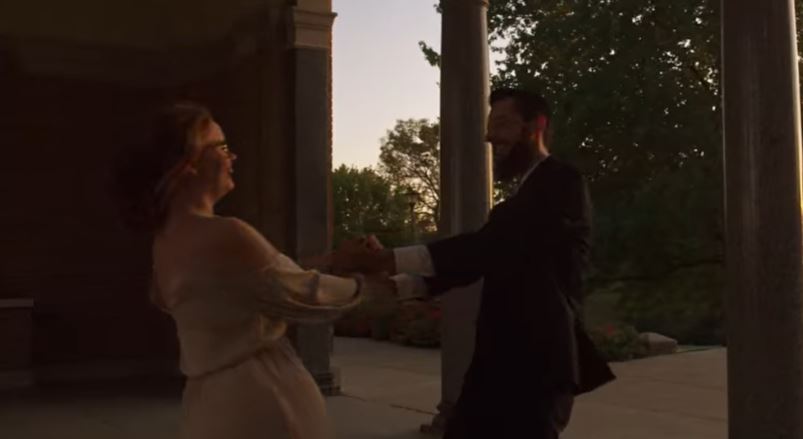 From the creators of ‘Queer Eye,’ comes a brand new wedding show on Netflix by the name of ‘Say I Do.’ In this series, real-life couples are carried through their surprise engagement, the wedding planning, and the big day itself by three amazing industry experts – interior designer Jeremiah Brent, fashion designer Thai Nguyen, and chef Gabriele Bertaccini – the Fab Three, if you will.

Joe and Kerry were one such couple. In episode 5, ‘Kindergarten Crush,’ we got to see their love story from their childhood days to their adult life, and it’s that fact that almost made us feel like we were a part of their perfect wedding.

Joe and Kerry: Say I Do Journey

Joe and Kerry met when they were just kids in the playground. They were best friends and inseparable, something which was also due to the fact that they lived just a street away from one another. Even their parents knew that they had something special in between them. However, when they were five, Joe’s parents had to move out of their house overnight and their relationship came to an abrupt end. Yet, life had other plans. 20 years later, they ran into each other where Kerry worked and their reunion led to a date that ended with a sweet kiss.

Shortly after that, the couple moved in together and started planning a life. They both love fantasy, so when Joe knew that he couldn’t buy her a castle, he decided to build her one, which included personalized rooms, a tree-house, and a zip-line. He knew that she’d say yes to marrying him in a courthouse, but that wouldn’t do it for him. Kerry had turned his life around, so he wanted to give her the opportunity to live her dreams, as well. He saved for five years to buy her her dream ring and used a pumpkin box – which she had given to him before they had separated as kids – as its case.

His proposal was traditional but no less heartwarming, and after she said yes, the fireworks went off. Their 20s themed wedding and their clothes, just like their love story, was one of a kind. As the episode went on, we realized that this wedding for them was not just about making it legal, it was about creating a sort of magic in between them that would give way to the rest of their lives. The sheer joy and delight on their faces as they were celebrating their love in front of all of their friends and family made it evident just how important this was for them.

Are Joe and Kerry Still Together?

As they said, “To infinity and beyond.” After their dream wedding on ‘Say I Do,’ Joe and Kerry have continued to make all their other dreams come true as well. They are still in love and they are still living in their fantasy land home, but the only difference is that now, they are also preparing to welcome a baby girl into their lives. Kerry has revealed that they have named their soon to be daughter Ellie and that she would arrive in the world towards the end of July 2020.

Even though baby Ellie isn't here yet, I still count today as your first fathers day!!! Happy fathers day @jtm_vintage. We couldnt ask for a better daddy!!!

Their social media is used primarily to give us updates about what new renovations they are doing in their home and what it looks like now. And to be honest, after everything that Joe and Kerry have gone through, they deserve to have an at-home Disneyland as their safe place and they deserve for it to be perfect. They are a couple who genuinely believe in soulmates and because they were best friends first, we would be rooting for them at every step of the way.

Read More: Are Jason and Jonathan Still Together?