Who Is John Aiken, The Married At First Sight Expert? 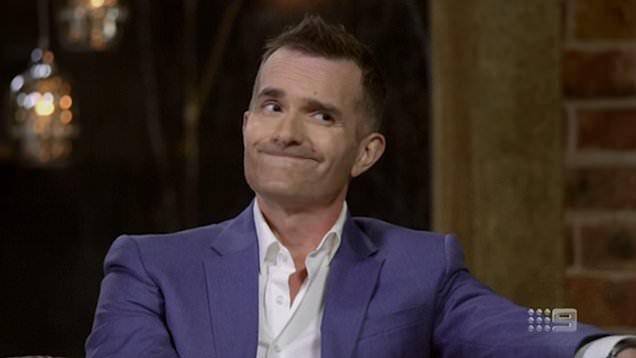 The Australian edition of ‘Married At First Sight’ has made its way to America, and with it, it has brought a whole new set of contestants and relationships. The drama and the romance of the newly married couples combined with how the relationship experts or matchmakers deal with their antics make the series an exciting watch for sure.

The experts are the people who actually analyze the contestant’s profiles and attributes and pair them up with someone else; someone who they think will be a good match for them, someone who will give balance to their whole lives, and someone who will maybe even be their permanent life partner. One such expert on the show is John Aiken. Curious to know more about him? Read on!

Getting our game faces on for the #MumbrellaMsix #9powered conference. Talking everything #MAFS with @shellyhorton1 and @[email protected]

Who Is John Aiken?

Born July 3, 1970, in Sydney, Australia, John Aiken is not only a relationship expert but is also a former cricket player. Growing up in New Zealand, he played for both Wellington and Auckland during his professional playing career. As a left-handed batsman for the Black Caps, John’s career spanned 11 seasons, where he played a total of 46 first-class matches and 39 one-day matches, scoring 2,170 first-class runs.

At the same time as his cricketing career, John was also pursuing to be a trained relationship specialist. Now, he has been working in this field for over 20 years, helping single people find love and helping couples deal with their issues. He runs a private practice in both New Zealand and Australia and has undertaken a range of work in the media. Because of his success all over, he is now an extremely sought-after relationship speaker and is even able to run exclusive relationship retreats.

Not only is he an expert on ‘Married At First Sight,’ but he has also been an expert on ABC’s ‘Making Couples Happy’ and ‘Making Families Happy.’ He has appeared on CH 9′s’ The Today Show’ and ‘A Current Affair’ and has been featured in various radio shows and magazines, such as Cleo, Cosmopolitan, Next, and Marie Claire. As an expert, he usually matches couples based on their personality traits, along with taking into consideration their communication and attachment styles.

Check out my final Dear John column for 2018! Wishing everyone a Merry Xmas and looking forward to bringing you more columns on @9honey and sharing a massive Series 6 of @MAFS in the New Year! ‘Dear John, how did my daughter grow up to be such a brat?’ Read at 9Honey.com.au #9honey #MAFS #relationshipadvice #dearjohn #timeforaholiday

Apart from all this, John Aiken is also an author. In 2006, he published his first book called “U-TURN: Putting You Back Into Your Relationship,” which was followed by “Accidentally Single” in 2010. In 2013, he published his third book titled “Making Couples Happy: How Science Can Help Couples Get Their Relationships Back on Track” to talk about the logic and the reasoning behind relationships and how, by understanding them, you can make your relationships work.

As for his own relationship, John has been in a loving and successful relationship with Kelly Swanson-Roe, a former news reporter from New Zealand, for a really long time now. He has been married to Kelly for more than 12 years and was in a relationship with her for a few years before that as well. The couple even has two adorable kids together, a son and a daughter.

Wishing you all a happy new year! Seeing it in from Whangamata beach, NZ! Can’t wait to share @MAFS with you all. Have a great 2019! #MAFS #happynewyear #whangamatabeach #2019

Read More: Who Is Trisha Stratford?