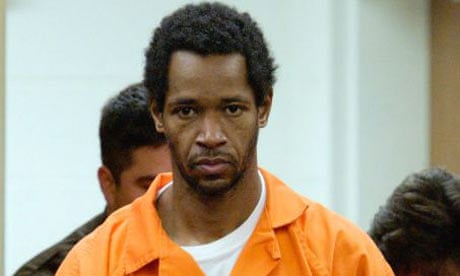 The infamous Washington D.C. sniper cases terrorized and baffled the people as well as law enforcement agencies. There was no pattern to the killing, and soon the shooters grew confident enough to leave taunting messages for the police. A tip line helped the cops catch a break in the case. Twenty days after the rampage began, the authorities brought in John Allen Muhammad and Lee Boyd Malvo, his accomplice. The duo’s reign of terror ended on October 24, 2002.

Since then, the D.C. sniper case has become a part of pop culture and has been addressed in movies like ‘Blue Caprice’ and the recent Vice TV docuseries ‘I, Sniper.’ Naturally, you might be curious to know more about John Allen Muhammad and what happened to him. We have all the comprehensive information here.

Who was John Allen Muhammad?

Muhammad was born as John Allen Williams on December 31, 1960. Although originally from New Orleans, John was raised in Baton Rouge, Louisiana, by his aunt, after John’s mother passed away when he was four. He married Carol Kaglear and had a son together, named Lindbergh.

John joined the Louisiana Army National Guard, but his promising career soon turned sour with two incidents on his file. Firstly, he failed to report for duty, and secondly, he hit an officer. John turned it around in 1985 when he separated from Carol, converted to Islam, and joined the army. John was stationed in Washington State, married Mildred Green, and had three children. He became a skilled marksman in the military, serving in Germany and the Middle East during the Gulf War. John quit the army in 1994 and had two failed business ventures. Eventually, Mildred left him too.

Muhammad began to spiral after she got a restraining order against him, and fled to Antigua with their kids. Reportedly, this is where he met Malvo. John returned and settled in Bellingham, Washington, but the cops returned the children to Mildred, who moved to Maryland. Malvo entered John’s life, and the two formed a toxic father-son relationship.

By Fall 2002, they had started shooting people going about their daily tasks. Notably, the two first shot a liquor store in Alabama before launching the assault in Washington. John also stalked his wife and kids, who lived nearby. On October 24, 2002, the authorities finally brought their reign of terror to an end.

One of the trials for murder started in October 2003, and John was found guilty of capital murder in December. He was sentenced to death four months later. However, while awaiting execution, John was tried in Maryland in August 2005. There he was convicted of six counts of first-degree murder in May 2006. He was returned to Virginia but was not tried in other states.

Muhammad was held at the Sussex I State Prison until 2009. He faced death by lethal injection on November 10th. John was executed at the Greensville Correctional Center near Jarratt, Virginia. Larry Traylor, the director of communications for the Virginia Department of Corrections, declared him dead at 9:11 p.m. ET.

John, who was 48 at the time, remained silent ever since he entered the chamber at 8:58 p.m. Larry spoke of John’s final moments, saying, “There were no complications; Mr. Mohammad was asked if he wished to make a last statement. He did not acknowledge this or make a last statement whatsoever.” A statement read out after John’s execution clarified, “We deeply sympathize with the families and loved ones who have to relive the pain and loss of those terrible days; our sympathies also extend to the children of John Muhammad who, with humility and self-consciousness, today lost a father and a member of their family.”

Jon Burkett, a WTVR reporter, who witnessed the execution, later recounted that John remained silent. One could see him twitching and blinking a lot. His breathing increased, and after seven deep breaths, John lay motionless. Thus, the Washington sniper’s life came to an end, as a consequence of the violence he’d unleashed. [Cover Photo Courtesy: Jahi Chikwendiu/Reuters]