An injury played an important role in the career of ‘Sex and the City’ actor John Corbett. Born in Virginia, he worked in a steel factory in California for six years, until an unfortunate accident pushed him out of the league. As part of switching careers, he enrolled in an acting class. Within a short period, he started conducting the classes himself. The passion for acting was growing like wildfire inside him. After seeing his performances on stage during the theater productions at local city college, his drama trainer encouraged the aspiring actor to move to Hollywood. Interestingly, the actor also joined in hairdressing classes at that time. He used to attend the hair classes by day and rush to acting classes by night.

Soon, Corbett landed his first role in the 1988 series ‘The Wonder Years.’ In 1990, he got the regular role in the CBS series ‘Northern Exposure’ which ran till 1995. He played the character of Chris Stevens in the show, set in a fictional town of Alaska with a bunch of eccentric residents. He got an Emmy nomination for Outstanding Supporting Actor in a Drama Series and a Golden Globe nomination for Best Performance by an Actor in a Supporting Role in a Series during that period. The show earned 57 nominations including 27 wins during its five-year run. The success of the series landed him a significant role in the 1995 series ‘Days of Our Lives.’ With back-to-back roles and success, Corbett emerged as a familiar face on the television. Soon, he got the breakthrough with the sci-fi series ‘The Visitor,’ in which he played the character of Adam MacArthur from 1997 to 1998.

Corbett joined the cast of ‘Sex and the City’ as the character Aidan Shaw in 2000. He played the role for three seasons till 2003 and got another Golden Globe nomination for his performance, gaining widespread popularity. The show centers on the life of four women who are polar opposites in everything from character traits to sex lives. His breakout role in a film was HisIan Miller in the 2002 rom-com ‘My Big Fat Greek Wedding.’ The movie, whose budget was a mere $5M, earned nearly $250M and went on to become one of the surprise hits of 2002. The success of the movie catapulted his status from a TV star with supporting roles to a film star.

As more roles came in his way, Corbett kept a balance between his film and television careers. In 2003, he played a major role in the drama series ‘Lucky.’ He returned to movies with ‘Raising Helen,’ in which he played the role of Pastor Dan opposite Kate Hudson. He followed it with the character of a music teacher opposite Hilary Duff in the 2014 flick ‘Raising Your Voice.’

The 2000s were a prolific period in his career. The actor played the role of Max Gregson in Showtime’s comedy-drama series ‘United States of Tara,’ which ran from 2009 to 2011. Corbett also appeared in the movie ‘I Hate Valentine’s Day’ alongside Nia Vardalos. By the early 2010s, he emerged as a prominent figure on the big and small screens. His other major works include ‘Ramona and Beezus,’ ‘Parenthood,’ ‘Kiss Me,’ ‘Sex & Drugs & Rock & Roll,’ ‘The Boy Next Door,’ ‘My Big Fat Greek Wedding 2,’ ‘All Saints,’ ‘To All the Boys I’ve Loved Before.’ So now you must be wondering what is the next John Corbett movie or TV show? Well, here’s the list of upcoming John Corbett films and TV shows scheduled to release in 2019 and 2020. We can only hope that the latest John Corbett movies would be as good as some of his recent ones.

Billed as an aquatic-horror flick, the upcoming ‘47 Meters Down: Uncaged’ is a sequel to the 2017 movie ‘47 Meters Down’ starring Mandy Moore. According to EW, the plot follows four teen girls who dive to explore a long lost underwater city and find themselves at the mouth of a hellish water hole. Things get worse as the girls realize a menacing presence in the underwater caves. The deceptive light rays crawling through water reveal a dangerous territory of bloodthirsty sharks before their eyes! The movie stars John Corbett, Nia Long, Sophie Nelisse, Corinne Foxx, Sistine Stallone, Brianne Tju, and Davi Santos, among others. ‘47 Meters Down: Uncaged’ is directed by Johannes Roberts from a script he co-wrote with Ernest Riera. The movie is set to hit theaters on August 16, 2019. 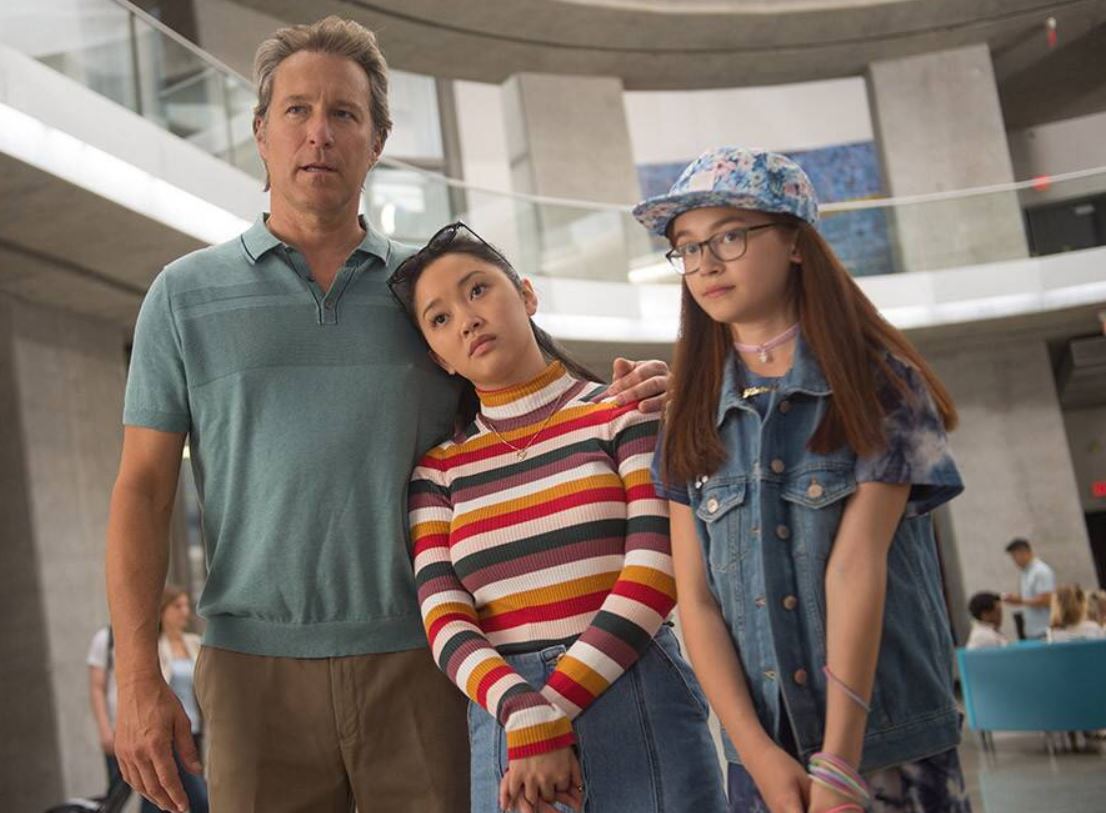 ‘To All the Boys I’ve Loved Before 2’ is the forthcoming sequel to the 2017 romantic comedy ‘To All the Boys I’ve Loved Before’ from Netflix. The romantic comedy was a breakout success for the streamer when it first hit the platform. Overwhelming critical acclaim and huge popularity prompted Netflix to announce the sequel. The lead pair, Lana Condor and Noah Centineo, return as their popular characters Lara Jean Covey and Peter Kavinsky for the sequel. Janel Parrish reprises her role as Lara Jean’s older sister Margot while Anna Cathcart returns as her younger sister Kitty. John Corbett plays the character of Lara Jean’s father Dr. Covey in the second movie. Michael Fimognari, who worked as the cinematographer in the first movie, directs the sequel from a script by Sofia Alvarez which is based on the book series by Jenny Han. Director of the 2017 movie, Susan Johnson, is also on board the project as executive producer. Netflix is expected to premiere ‘To All the Boys I’ve Loved Before 2’ in 2020.

‘Undone’ is an upcoming animated fantasy-drama series from Amazon. Described as “genre-bending” project, the show hails from creators Kate Purdy and Raphael Bob-Waksberg, who are best known for ‘BoJack Horseman.’ The plot revolves around Alma Winograd-Diaz (Rosa Salazar) and her tragic accident that triggers an unexplainable psychic phenomenon inside her brain. She starts developing visions of her deceased father Jacob (Bob Odenkirk). Through the constant visions, he starts to communicate and compels her to travel back in time using her newly possessed power to alter the course of events that led to his untimely death. But the changes in Alma’s behavior make people close to her apprehensive and doubtful about her mental health. John Corbett leads the supporting cast that also includes Daveed Diggs, Angelique Cabral, Constance Marie, and Siddarth Dhananjay. ‘Undone’ is expected to be aired by Amazon in late 2019.