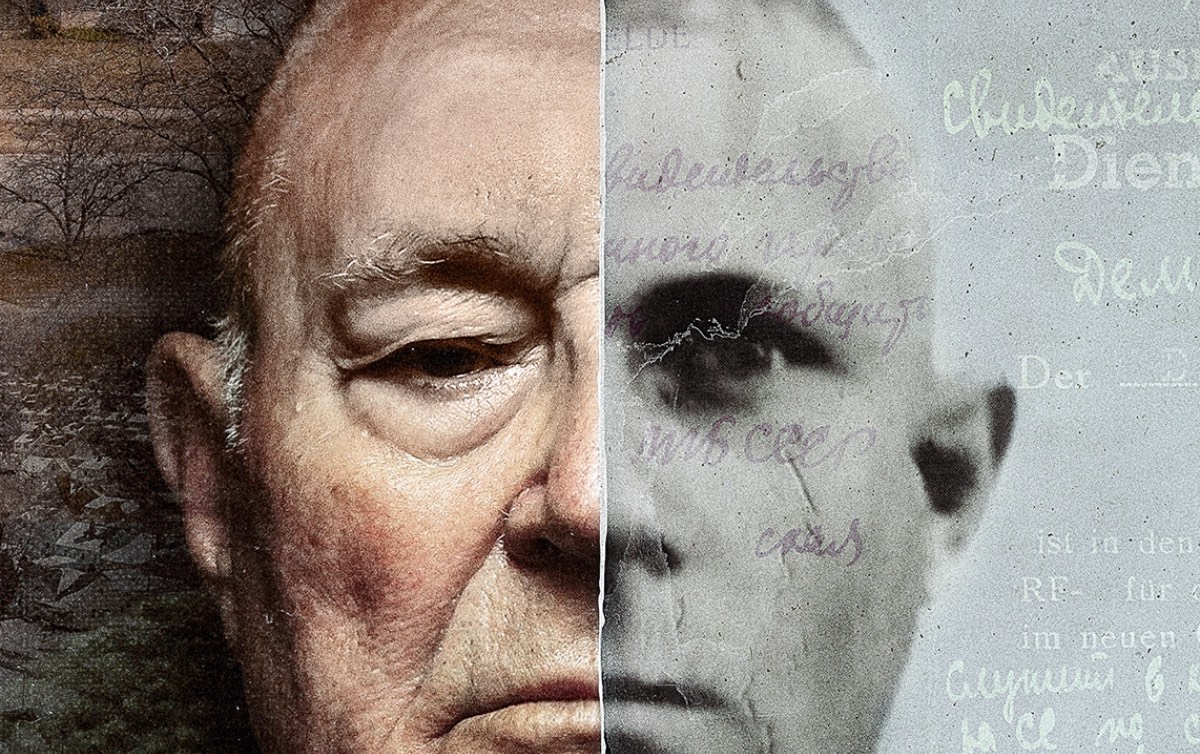 War might mean chaos and bloodshed for normal people, but there are some for whom it is the only time when they feel a sense of belonging. These people feed on the pain and suffering of others and allow themselves to indulge in sadistic and inhumane acts. During the Second World War, a great number of such people surfaced, all thanks to the Hitler’s own love for carnage and destruction, and by the time the war ended millions of people had been murdered.

Soon after the war ended, the Nazi war criminals were rounded up, the testimonies of the Holocaust survivors were received, and the names of some of the worst people came to light. One of them was identified as Ivan the Terrible. Who was Ivan the Terrible and what brought this aura of terror around him became a question that eluded everyone for a long time because there wasn’t enough information about the man, and none concerning his whereabouts. So, when John Demjanjuk was singled out and brought to trial, the eyes of the entire world were set upon him.

In ‘The Devil Next Door’, Netflix offers a thorough look at the trial of the man who is accused of being the demon of Treblinka, a concentration camp where more than seven-hundred-thousand people had been butchered. If you don’t want anything about the case spoiled for you, then head over to Netflix, and come back later to have all your questions answered.

Who was John Demjanjuk?

Before we pass a verdict on the accused, let’s get to know him. Born in Soviet Ukraine, under Stalin’s regime, John was originally named Ivan Demjanjuk. He was brought up during the Holodomor, which is considered another merciless genocide, this time brought about by the actions, or rather, inactions of the Soviet government. The Second World War broke out when Ivan was still young, and soon, he joined the Red Army. But at that time, Germany had been on a winning streak, and they had started the invasion of the Soviet Union. While fighting in Eastern Crimea, he was captured by the Germans and taken to a camp where they mostly had Ukrainian prisoners of war. This is the point where the story diverges into two sections and converges only after the end of the war.

According to Demjanjuk, he had been held as a prisoner and taken to another camp, where he was held and tortured until being finally freed by the Allied forces. Then, in one of the dislocation camps, he met Vera, whom he married, and then immigrated to the US. There, he settled in a quiet suburb, started working at a Ford plant, and had three children. While his naturalisation as an American citizen, he adopted the name “John”, discarding “Ivan”. It wasn’t until the second half of the 80s that the past came calling back to him.

What Were the Charges Against John Demjanjuk? 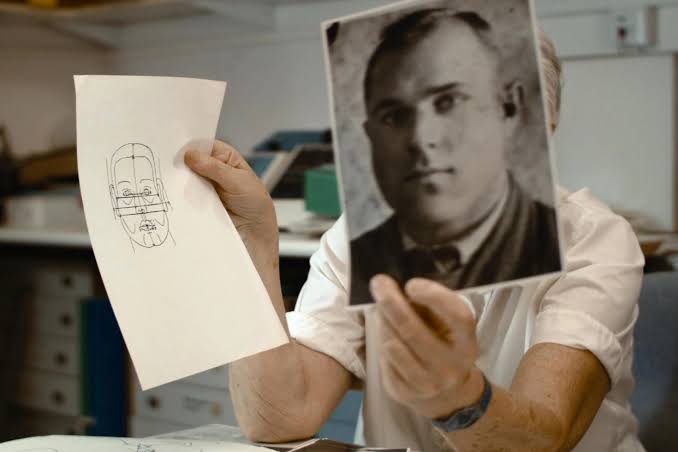 When it came to the attention of the government that several Nazi war criminals had immigrated to America, they decided to seek them out and deport them to the countries where they could be tried for their crimes. A man by the name of Fyodor Federenko had already been tried and extradited to the USSR. With a proper list at their disposal, they started to seek out the Nazis, but before that, they wanted a proper identification. They had already placed Demjanjuk at Sobibor, and it was only when the survivors, now living in Israel, singled him out that they realised that Ivan the Terrible had finally been found. On the basis of this, John was stripped of American citizenship and extradited to Israel to face the charges against him.

With more than a year spent in court, hearing the testimony of eleven survivors, and going through the evidence, it was declared that John was indeed Ivan, the monster of Treblinka. He was given the death sentence, to be hanged till death. But this is not where his story ends. His lawyers appealed to the Supreme Court, and with new evidence coming to light, the ruling against him was upturned. Turns out, there was another Ivan, with more fingerprints around the crime scene than John. This allowed him to return to America, but not for long.

Read More: Who Was Ivan the Terrible?

A few years later, his citizenship was revoked once again, and this time, he was sent to Germany. By now, he was quite old and didn’t appear in good shape. Despite this, the trial moved forward and he was convicted for aiding and abetting against the Jews during the Holocaust and was sentenced to five years in prison. Again, he appealed against it, and by the time the decision for that was made, he died in a nursing home.

According to German laws, and purely on a technicality, John died a free man. If the verdict on an appeal is pending, it means that the accused is not to be considered guilty. With his demise, the final verdict on him remains undeclared, which legally makes him innocent. But, of course, that’s not what everyone thinks. The Israelis, especially the survivors of the Holocaust, have the unwavering belief that John was Ivan. But is that really true?

Was John Demjanjuk Ivan the Terrible? 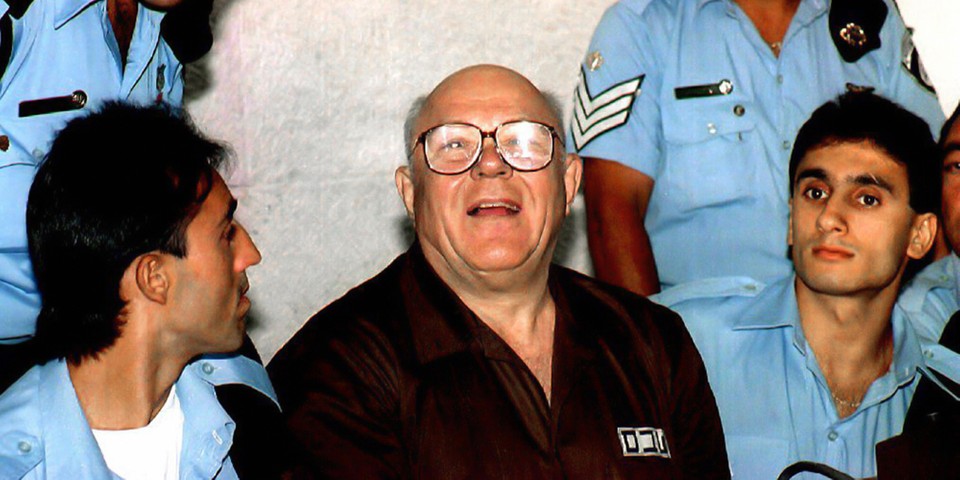 What makes John Demjanjuk’s case so controversial is that he was allowed to walk free even after eleven survivors came forward to identify him as the man who had tortured them and killed their family and friends. How can we not believe these people? Why would they lie? They wouldn’t, but that also doesn’t mean that they are telling the truth.

There is a reason that justice relies on solid proof rather than the memory of people. There is no doubt about the fact that the survivors had seen and suffered atrocious things at the hands of Ivan, but that isn’t a guarantee of what they might remember. This in no way blames them or their memory. It is, in fact, something that is quite common amongst us- the case of false memories. It is purely a psychological thing, and everyone is susceptible to it. What asserts this theory is the testimony of Eliahu Rosenberg.

He, with some vigour on his part, confirmed in the court, in front of the whole world, after looking into John’s eyes that he was, in fact, Ivan. But then, his previous testimony conflicted this because he had said that during the uprising in the Treblinka camps, Ivan the Terrible had been killed. And it wasn’t something that he had heard from someone. He used the term “we” while telling about the people who had seen his dead body. How then could Ivan be John if he was already dead?

Next, the testimonies of the people who had guarded along with Ivan. It was discovered that Ivan the Terrible was actually named Marchenko not Demjanjuk. A picture of him surfaced, where a guard had identified himself with Ivan, and it showed a marked difference between John and Ivan. Then there’s the case of OSI hiding their own findings of the case. One could question the credibility of the guards, who were criminals, over the survivors, who were victims. With all the compassion for the survivors, the truth is that justice demands hard proof. And it worked in favour of John. He wasn’t indeed Ivan. But that doesn’t mean he wasn’t guilty.

If evidence had been discovered in support of him not being Ivan the Terrible, there were other things that did place him at the concentration camps, if not Treblinka, then Sobibor. After Auschwitz, Treblinka and Belzec, Sobibor was the fourth most fatal concentration camp with a death count of about, and probably over, 250,000 people. It was brought down after a successful escape attempt by the prisoners, out of which roughly 60 survived the war. Mind this, it was the most successful revolt in any Nazi camp.

To say that John Demjanjuk is completely innocent would be wrong. Just like we can’t take the survivors for their word, we can’t take John for his when it comes to what happened after he was captured by the Germans. The ID card that had been recovered, placed him in Sobibor, as well as, other death camps. John had even mentioned Sobibor before, so it can’t be a coincidence. Also, the survivors recognising him could mean that they had seen him at the camp but were remembering him wrong.

Then there is also the mention of the tattoo on his arm. It was a distinctive mark of the SS guards, and while the prosecution didn’t mention it, because they didn’t really know about it, John himself declared that he had it. His story about it, however, was different, but not convincing enough. Moreover, his reaction, or lack thereof, is also an unsettling thing. With eleven people sharing their harrowing stories, not one emotion was registered on his face. Either he was very good at hiding his emotions, or maybe he didn’t have them!

Whether or not John Demjanjuk was Ivan Marchenko stands to contention. People can argue for or against it, but there is enough evidence to support the fact that he indeed served at one of the death camps.