Where Is John From Hoarders Season 11 Episode 8 Now? 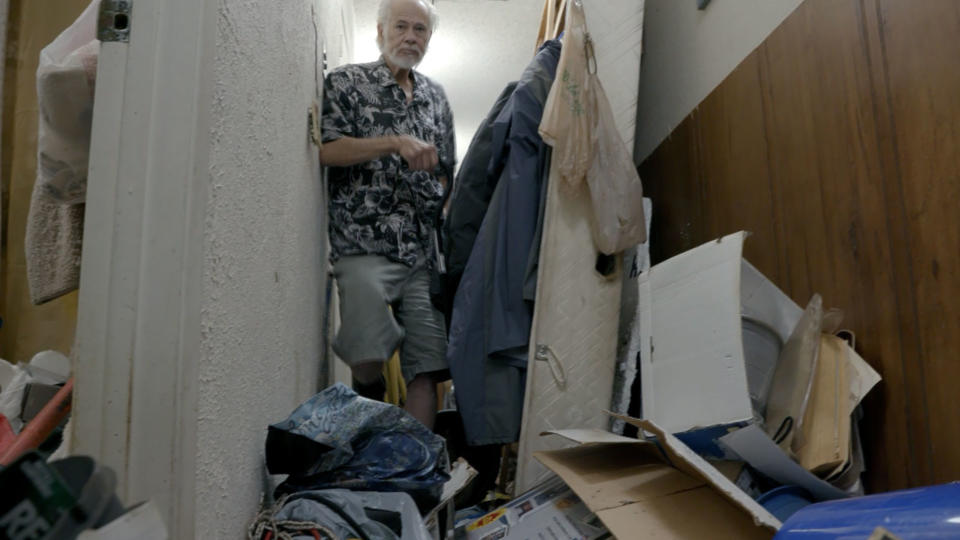 When you say ‘hoarding’, you might think, ‘What’s the big deal’? Each one of us is prone to stocking things that we are attached to. But hoarding can bring extreme consequences when it becomes an obsession. At times, when homeowners start piling up on things, without control, it can clash with legal restrictions. The aftermath? Repetitive court hearings, penalties, and sometimes, even jail! Well, giving an insight into how hoarding can ruin one’s quality of life, we have A&E’s reality series ‘Hoarders’.

With new episodes currently airing every Monday night – at 8 p.m. ET or 7 p.m. CT on A&E – the finale of ‘Hoarders’ season 11, titled ‘John’, is standing proof of the above-mentioned consequences and risks. John’s history with hoarding has reached a point where he has started clashing with his family. In fact, citations from the city have created a pile in his house. And here is everything we know about this featured star from the series.

John Has Been Secluded For The Past 18 Years!

Nearly two decades of hoarding puts an elderly man’s home and relationship in peril on the season finale of #Hoarders, tomorrow at 8pm ET. pic.twitter.com/UQ63D3RH9e

To give a bit of a background, for the last 18 years, John has refused entry to anyone into his house. His home is packed with hoarded stuff from the ceiling to the floor. But when the situation gets out of control, John finally asks his daughters for help. A rat infestation and mounting citations from the city have made life a living hell for this elderly man.

John’s emotional daughter even tells before the cameras that her dad is just overwhelmed that he has nothing else to do. Maybe, in all these years, he just did not know what to do to pass his time. And hoarding simply acts as a diversion for him. John’s family is concerned that he might just die if he continues to live like this. After all, a house like this is not only unhealthy but also unsafe.

John Has Stored Knick-Knacks From The 1970s

When the crew from ‘Hoarders’ reaches John’s property, his daughter warns them that this is something they have never seen before. And she is true! The team is shocked at seeing the state of his living quarters, which is overflowing with useless items — so much that there is no space to even walk. They exclaim that it is worse than they imagined! Not to mention that several corners of the property are infested with rats.

When one of the crew members tries to explain that emptying out his house is necessary, John is skeptical of letting go of everything. The expert then points out that he has things that date back to 1976! But eventually, John comes around after being coached by his daughters. They assure him that he is not alone. He has a ton of love around him and all he needs is to let them help him.

The fam repeatedly reiterates that they are there for him in any circumstance. Finally, John agrees to allow the ‘Hoarders’ team to carry on with their plan of organizing his house. In an emotional moment, the entire fam hugs him to express how happy they are with his decision. And this is just the beginning! John has taken his first step toward a healthier, cleaner lifestyle. We are sure he has a long way to go!

Read More: Where Is Cindy From Hoarders Season 11 Episode 7 Now?