Is Johnny Weir Married? Does He Have Kids?

Johnny Weir is a highly accomplished figure skater, who has won a long list of titles since he began to follow his passion. Not only is he a two time U.S. Olympian and three-time US national champion, but also a pop-culture icon. His fans best recognize him from his performance in the award-winning documentary ‘To Russia With Love, which he has also produced. His other notable credits include ‘Be Good Johnny Weir’ and the Netflix drama ‘Spinning Out.’ He recently added another feather in his cap by participating in ABC’s hit dance competition ‘Dancing with the Stars.’ He has achieved all this and so much more but has not been so lucky in love. Let us find out more about Johnny Weir’s personal life!

Johnny’s parents are one of those special people who recognize their child’s talent and pull out all stops to help their child unlock his/her true potential. When Johnny was young, his family moved to Newark, Delaware, to bring him closer to his training rink and coach. He began skating at the age of 12 and eventually dropped out of college to pursue it full-time. He did not dive into figure skating since day one but worked his way around horse-riding that made him aware of his own body.

5.June.2020 The luckiest thing that ever happened to me was my mother. Happy Birthday Mama! I love you.🎈 pic.twitter.com/KbvcuKheor

In 2011, when Johnny revealed his sexual orientation in his memoir ‘Welcome to My World.’ his parents were one of the most supportive people he had in his life. He attributes all the success and strength he has to both of them.

Johnny Weir got married to his boyfriend, Victor Voronov, on December 30, 2011. Victor was a lawyer who even gave up his legal practice to support his partner’s career for which they had to travel around the world.  They had officially come out of the closet the same year and were completely drunk in love when they exchanged their wedding vows. Millions of people saw hope in their relationship and supported them immensely. They never adopted children or had any of their own but became pet parents to a chihuahua and named him Тёма. 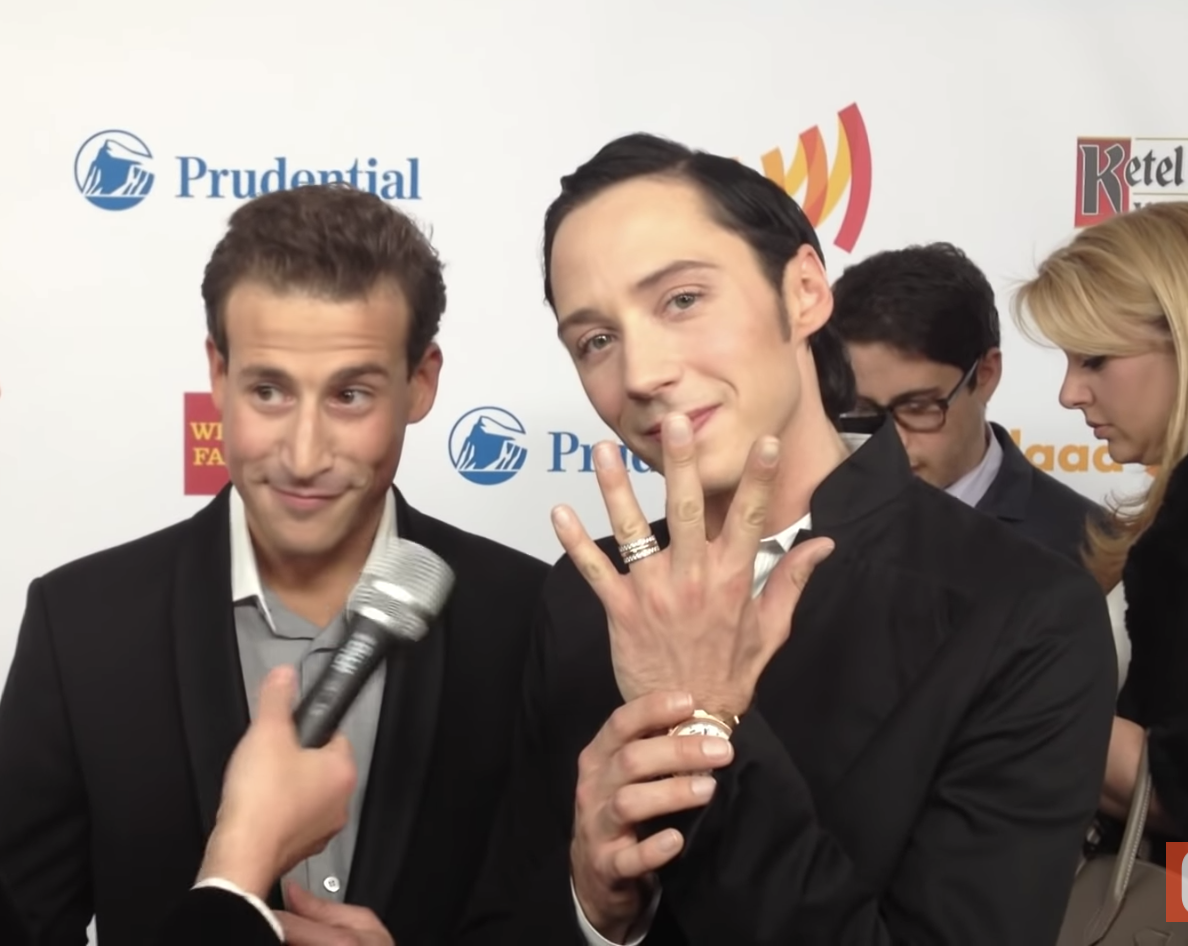 However, the couple hit a rough patch after only two years of staying together. Whatever the two had done together became a reason to fight between them – their dog, Victor’s choice to end his career, and even their playful wrestling. What started as an amicable separation soon turned into a messy public feud. Victor pressed charges of physical altercation, at their New Jersey home, upon Johnny for which he even sustained several injuries. In addition to all these were allegations of animal abuse, rape, and spreading of STDs that came out in the court of law. The dispute between the ex-lovers became uglier with each passing day. They officially got divorced in March of 2014.

As it looked on the outside, Johnny Weir had to pay a heavy price to come out of the toxic marriage which included him getting rid of one of his expensive Faberge eggs that cost $15,000, to pay his lawyers. It broke Johnny, both financially and mentally. Being the only earning partner between the two, Johnny even had to financially support Victor by paying him $6,000 per month in addition to remunerating the legal bills on both sides. Even after 6 years of the fallout, Johnny has not forgotten the blows he received and has remained single ever since. On the contrary, his ex-husband moved on only a year later with a 12 years younger ice dancer, Joti Polizoakis, only to break up with him in 2016.