The catastrophic horrors of World War II can still be felt today, and it’s the tragedy we must remember and learn from. Filmmakers, over the years, have brought to us gut-wrenching content that explores the depths of these horrors, probing us to experience the loss and trauma of the time and its people. There is no denying that the children in war face its consequences the most. The depth of their loss is unparalleled as they lose their innocence, their families, and their lives. It is not surprising then that a common approach for filmmakers to take is to portray the tragedy of WWII with empathy and sensitivity, through the eyes of children.

There are numerous examples of these, including, ‘The Book Thief’, ‘The Boy in the Striped Pajamas‘, ‘Life is Beautiful‘ and even ‘Grave of the Fireflies‘. Each one of these features found new ways to delicately explore the devastating horrors of the time. But none of the films ever adopted the lens of comedy. Yeah, you heard it right, I did say comedy. If you’re as intrigued as I first was, Taika Waititi‘s ‘Jojo Rabbit’ is a movie that you must watch.

The film is an “anti-war” satire that centres around a 10-year-old boy, Jojo, who’s a part of Hitler Youth. He has an imaginary friend, who is his own version of Adolf Hitler, and dreams of one day being a Nazi. But his world turns upside down when he discovers that his mother has been hiding a Jewish girl in their attic. With its historical relevance and backdrop, it is natural to question if ‘Jojo Rabbit‘ was actually inspired by real-life events. Here’s everything you need to know.

Is ‘Jojo Rabbit’ Based on a True Story? 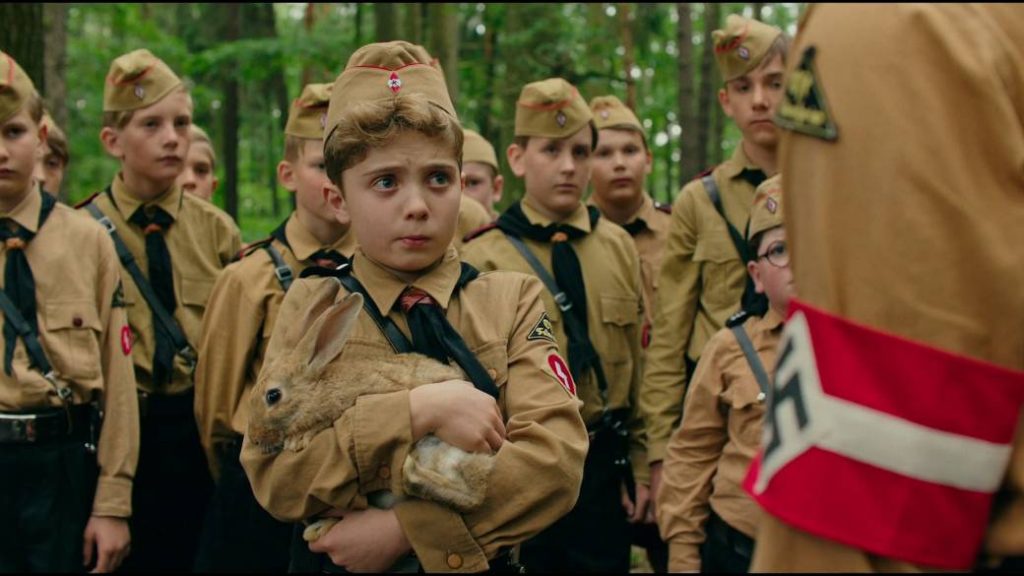 ‘Jojo Rabbit‘ is certainly not based on a true story, but it’s definitely been inspired by the very real events that took place during the WWII. The film is actually based on a novel by Christine Leunens, titled, Caging Skies that looks at Nazi Germany through the eyes of Johannes (Jojo), an avid member of the Hitler Youth in the 1940s. Just like the film, he discovers that his mother has been hiding a young Jewish girl, Elsa, in their house, in Vienna. His initial horror eventually turns to interest, and he slowly forms a deep emotional bond with Elsa.

However, the novel does not adopt comedy as a means to explore its complex themes. That was Waititi’s own unique perspective on the political tragedy, which ends up making ‘Jojo Rabbit’ the game changer in the war genre that we didn’t know we needed. Through the film’s lens of comedy, Waititi brings us face to face with the absurdity of fascism and its horror. It offers a poetically profound account of the ridiculous idiocy that underlies the greatest loss in our history.

One of the most intriguing aspects of ‘Jojo Rabbit’ is its treatment of Nazis. It makes one realize the harsh truth that is often ignored in most WWII films. Nazi Germans were not pure evil. Instead, they were made to believe that Jews were, through indoctrination of hate.

Children were the most important assets for Nazi propaganda simply because it was the easiest to brainwash them. This is another reason why children were the most affected by war. Hitler himself said it at the annual Nazi party rally in 1935, “He alone who owns the youth gains the future”. This is precisely why Hitler Youth was introduced, where all children from the ages of ten and above were sent to learn the Nazi ways. This is also why around 1.5 million Jewish children died in holocaust alone. ‘Jojo Rabbit’ also makes use of other real-life events from the time, from house raids by Gestapo officers to book-burning, to hanging of those who went against them. 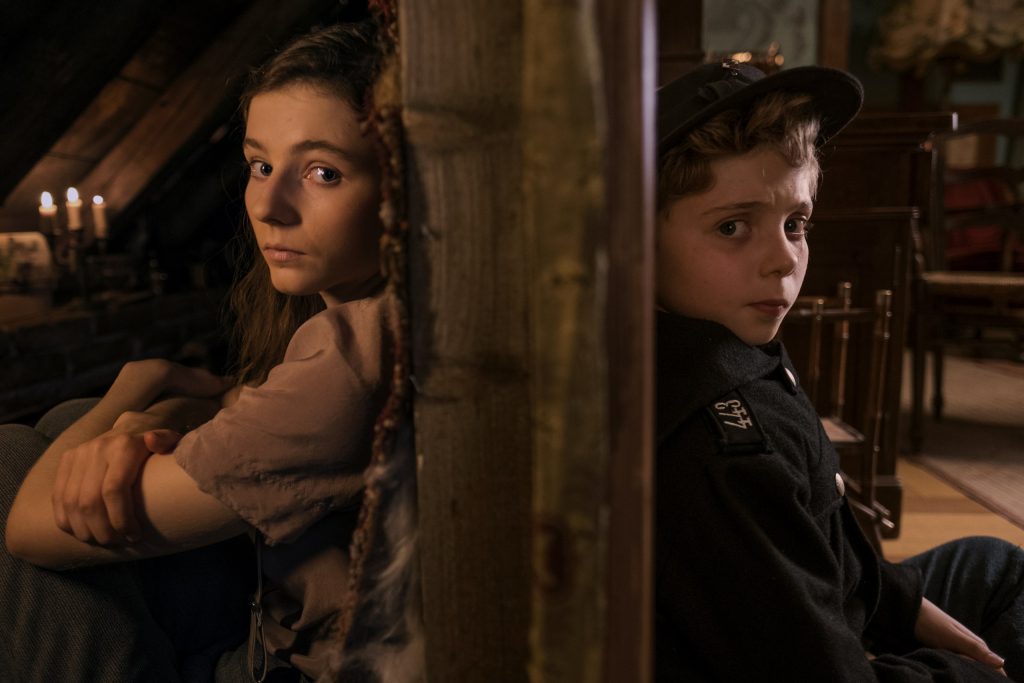 In reality, Leunens drew inspiration for her novel from conversations she had with an elderly French woman that she had once befriended. The lady’s family had hidden a Jewish man after he fled Poland during war. Interestingly, after the war ended, the two got married. She was intrigued by the kind of relationship one would shared with someone who was hiding in their home. But at the same time, she wanted to explore this relationship through a young German boy, who was a Nazi in making.

In an attempt to stay authentic, Leunens wrote the novel in the library at the Memorial Museum for Peace which makes use of sound effects of bombing, amongst other things. She also spoke to several war survivors to make her novel as historically correct as possible.

Waititi had his own reasons for working on the project. Being a Maori Jew, he grew up experiencing prejudice as a child. In an interview for Stuff, he stated:

“My grandfather fought against the Nazis in World War II and I’ve always been fascinated by that time and those events. When my mother told me about Christine Leunens book Caging Skies, I was drawn in by the fact it was told through the eyes of a German child indoctrinated into hate by adults.”

For Waititi, the film has been a reminder of the need to educate our children, and remind ourselves that hate is not the answer. Waititi went on say, “Children are not born with hate, they are trained to hate”. ‘Jojo Rabbit’, then, becomes a cautionary tale for us, a needed reminder of our own absurd times as we head in the direction of political extremism.