Everything We Know About Jolene MacIntyre From Bad Chad Customs 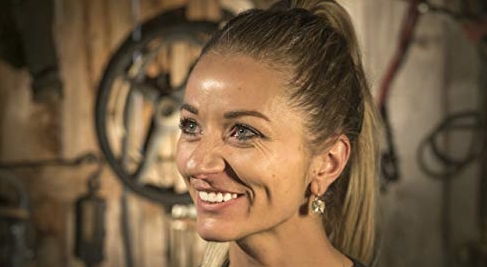 When it comes to turning a chicken coop to a Bugatti, you need to head to Chad Hiltz or ‘Bad Chad.’ The series, ‘Bad Chad Customs‘ explores how Chad can design anything that he imagines. Apart from combining parts from lockers, planes, and boats, Chad’s friends are his extraordinary ingenuity and a set of basic tools. While all eyes are on the prodigious auto body shop proprietor, Chad’s shop manager and fiancee, Jolene, has also turned some heads. Curious to know about her life outside the show? We’ve got you covered.

Jolene MacIntyre was born in 1989. She hails from Centreville, Nova Scotia. She’s in her thirties, but not much is known about her family, including parents and siblings. However, we do know that Jolene played soccer and was a midfielder in the SMU Huskies team. Here’s a picture of Jolene, during her soccer playing days.

What Does Jolene MacIntyre Do?

After high school, Jolene graduated with a Bachelor of Commerce in Finance, besides studying kinesiology. For a while, Jolene was the supervisor at a Centreville Golf Resort. She was also the wait staff as a pool hall in New Minas. Her life turned around after meeting Chad Hiltz at the Annual Rockability Weekend Car Show. Jolene joined Green Goblin Customs, using her educational background and knowledge about cars to manage the business uniquely. As we’ve seen, Jolene is not afraid to assist Chad and get her hands a little dirty from time to time. Here’s Jolene behind the wheels.

Jolene first met Chad when the vehicle customizer told her to put up a poster for the car show, at the pool hall. Perhaps, the initial spark was enough for both of them to hit things off, and Jolene went to work with Chad. They started dating soon after and were engaged on August 12, 2017. You can see a picture of Jolene flaunting the ring.

However, the couple has not tied the knot yet. There’s also been no news about wedding bells on the horizon. Perhaps Jolene and Chad are waiting for the right time, but fans are definitely eager to see if they’ll walk down the aisle on one of the episodes of the show.

The duo shares a passion for cars and Jolene reportedly loves Ralph Lauren’s iconic Bugatti. Chad and Jolene may not be filthy rich, but they sure have the creativity and perseverance to pull off amazing feats. As such, Chad’s built Jolene her own Bugatti, and it looks quite similar to the one she really wants. You can check out a picture where Chad’s been praised as the best boyfriend for putting the car together.

Not only is he the best boyfriend in the world, he's building me a Bugatti 😛

Jolene and Chad have documented the entire process of making the Bugatti come to life. The former’s described it as the ‘labor of love,’ and it is the videos that resulted in the Discovery Channel show.

Her relationship with Chad continues stronger than ever and is at the point where the two are comfortable around each other to make silly jokes. You can see it in the post below.

we drink @pepsi to feel sexy

Jolene’s got as much at stake as Chad when it comes to the reality show and has been quick to promote it as a result. We will leave you with her post below.

Read More: All We Know About Bad Chad Customs Season 2