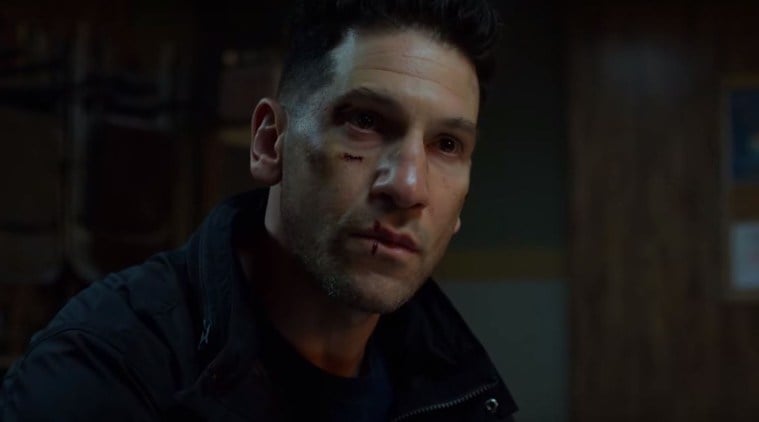 Jonathan Edward Bernthal, known as Jon Bernthal, is an American actor. Bernthal does not come from a family directly involved in show business, but he always was good at acting. Born in Washington D.C., Jon Bernthal has described his younger self as somewhat of a troublemaker. That being said, he is also a method actor who dropped out of Skidmore College in Saratoga Springs, only to enroll at the Moscow Art Theatre in Russia. He completed his graduation from the American Repertory Theater as part of Harvard University’s Institute for Advanced Theater Training. Following that, Jon Bernthal moved to New York, to pursue a career in acting.

Following quite a successful career in theater, Bernthal began to appear in guest roles in several television shows like ‘Boston Legal‘ and ‘How I Met Your Mother‘. Soon, he relocated to Los Angeles and began appearing as a series regular in ‘The Class’. However, after it was canceled after one season, Bernthal appeared in films like Oliver Stone’s ‘World Trade Center’. If we look at Jon Bernthal’s career, it is clear that the actor made his name in television shows mostly. He has appeared in ‘Eastwick’ and ‘The Pacific’. Finally, critical success came for Bernthal when he appeared as Shane Walsh in AMC’s ‘The Walking Dead‘. Since then, he has appeared in several critically acclaimed films as well, including ‘The Wolf of Wall Street‘, ‘Fury’, ‘Sicario‘, ‘The Accountant‘, ‘Baby Driver‘, ‘Wind River‘ and ‘Widows’.

That being said, most of you perhaps know Bernthal as the Punisher. The actor was cast in the role of Frank Castle in the Netflix MCU series in 2015. He first appeared in ‘Daredevil‘ before getting his own spin-off series. So now you must be wondering what is the next Jon Bernthal movie or TV show? Well, here’s the list of upcoming Jon Bernthal films and TV shows scheduled to release in 2019 and 2020. We can only hope that the latest Jon Bernthal movies would be as good as some of his recent ones. 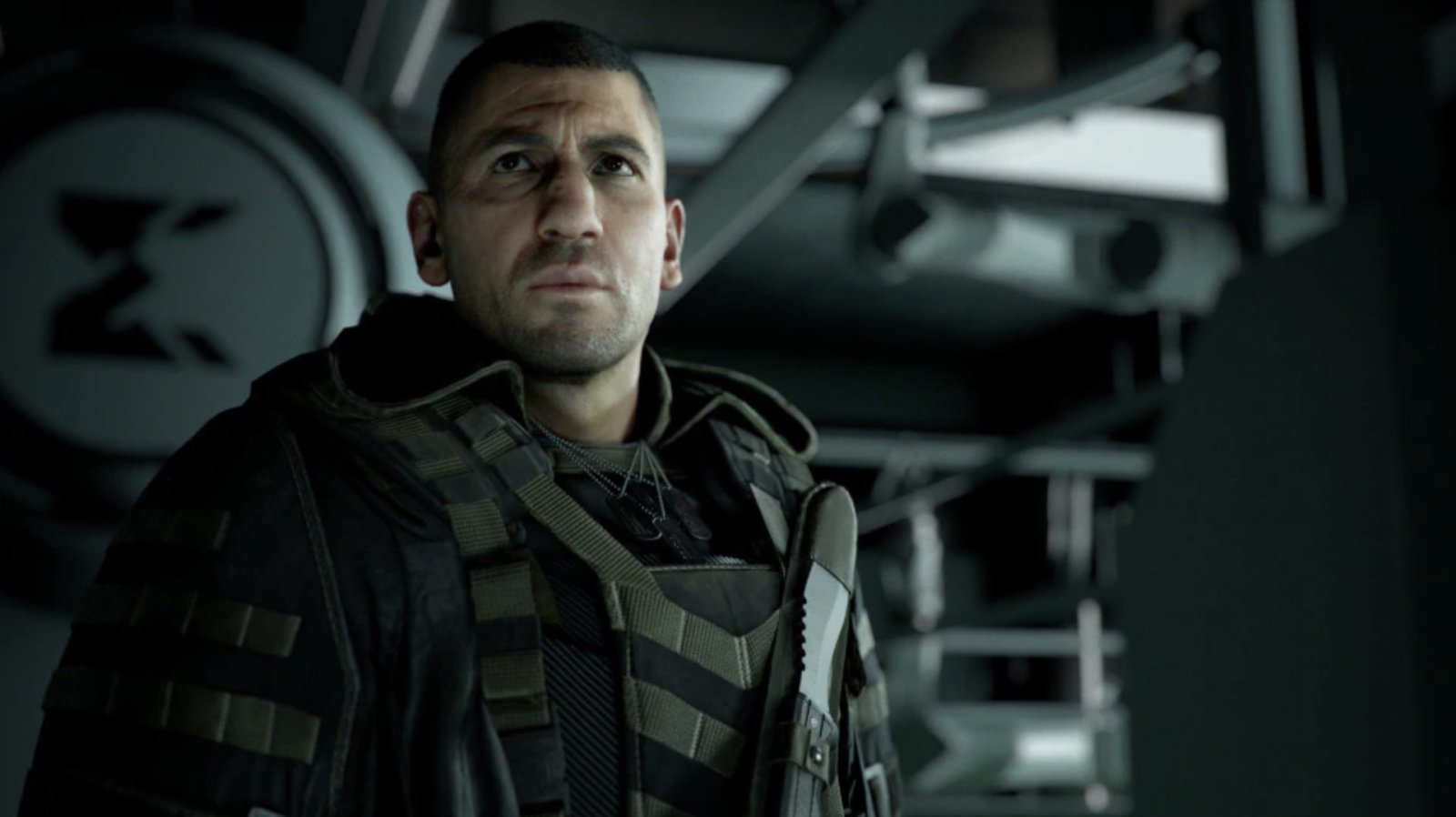 Jon Bernthal is branching out from appearing only in movies and television shows to appearing in games. Having carved out a name for himself for his tough-guy acting in ‘The Punisher’, Bernthal is set to voice a deadlier character in ‘Tom Clancy’s Ghost Recon Breakpoint’. Bernthal lends his voice to the character of Colonel Cole D. Walker, a former Ghost Recon member, who has gone rogue. The story of the game follows a normal recon mission which goes wrong when the team chopper is shot down. Soon, they find themselves going up against a foe with the same lethal training that the heroes have. The foes are accompanied by deadly drones, all under the watchful eye of the ruthless Colonel Walker. In the course of the game, the protagonists have to form alliances on the island and figure out why their former brother in arms has turned rogue, all the while attempting to stay alive in deadly conditions. The game is due to be released on October 4, 2019.

‘Ford v Ferrari’ is an upcoming movie that is slated to release on November 15, 2019. The film is based on the rivalry that sparked off between Ford and Enzo Ferrari. In 1963, Ferrari was approached to be bought out by Ford. However, the deal fell through, when the former realized that the intentions were to buy out the racing unit of Ferrari as well, which was a perennial winner. Upon being rebuffed, Henry Ford II did not react very kindly. Along with Lee Iacocca, he commissioned Carroll Shelby and British driver Ken Miles, to make the Ford GT40 in order to defeat Ferrari at the 1966 24 Hours of Le Mans, in France. The film deals with the determined and eccentric team of designers and engineers who have to battle corporate interference, the laws of physics and their own personal demons. Jon Bernthal appears in the role of Lee Iacocca, the Vice President of Ford. 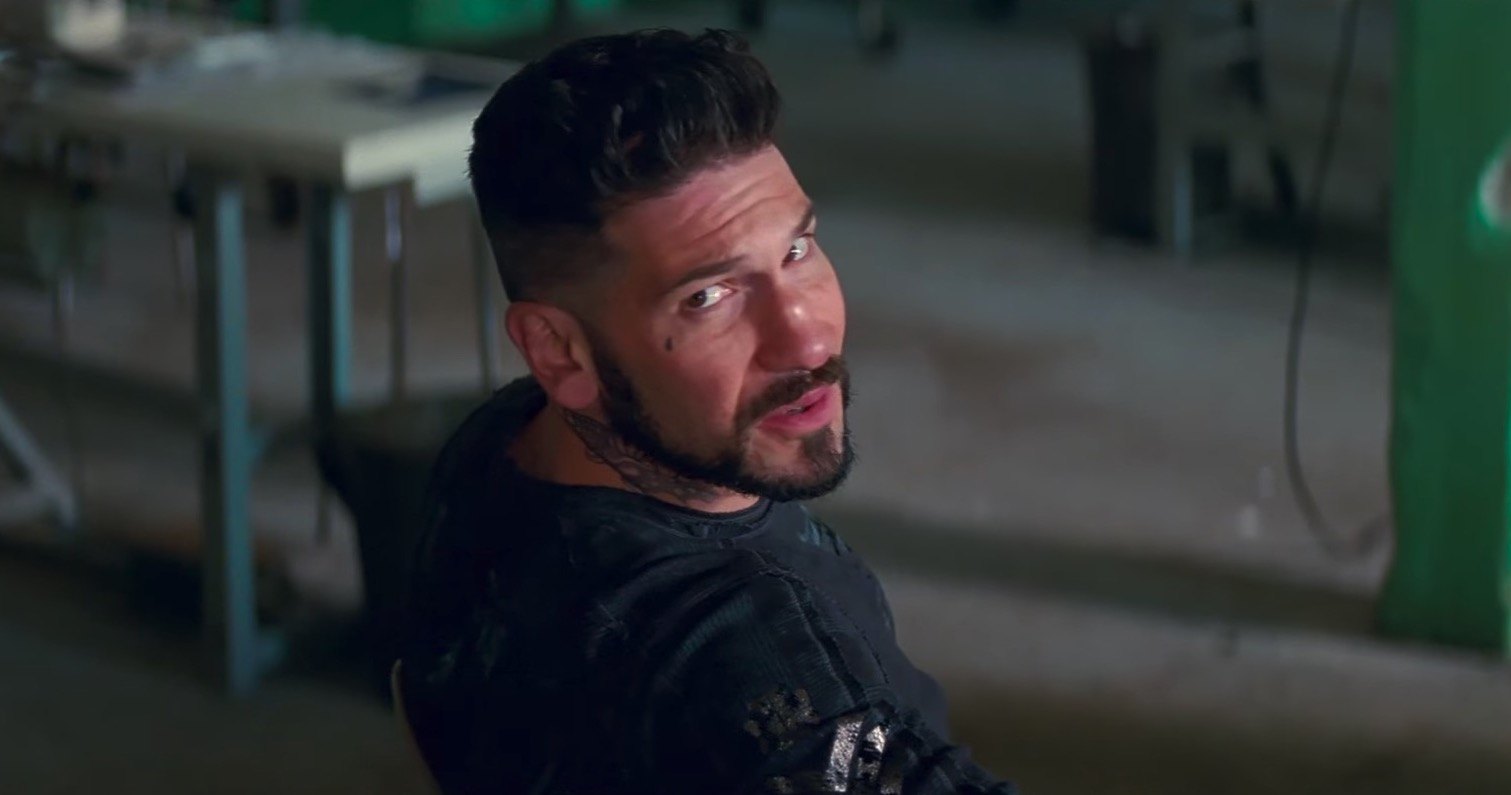 ‘Platform’ is an upcoming series on FX. It is intended as an anthology which will explore the boldest issues of the current world to tell stories that are singular and character-driven in nature. The stories are expected to make us more aware of the kind of world we are living in today. As of now, one of the episodes is expected to be dramatic, tackling a tough subject, while the other is expected to be slightly comedic, including a bit of animation. Jon Bernthal is part of the cast, which also includes names like Lucas Hedges and Boyd Holbrook. 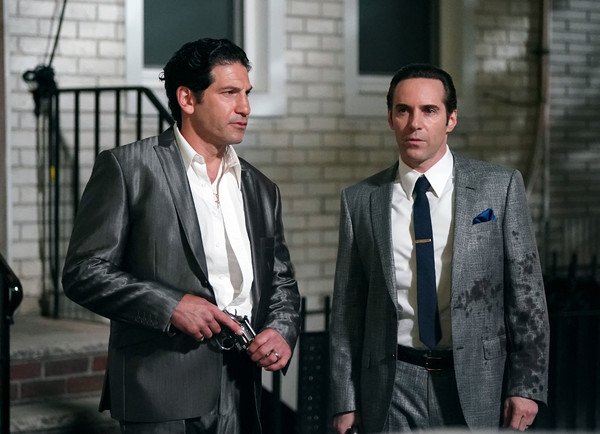 ‘The Many Saints of Newark’ is intended to be a prequel to ‘The Sopranos‘. The movie plans to show the childhood of Tony Soprano and the formative years of the New Jersey mob boss. The tale is expected to be told from the perspective of Dickie Moltisanti, Christopher Moltisanti’s father. We were introduced to Christopher in the television series as Tony took him under his wing, much like Dickie had done for Tony. We got to know some things about Dickie from Tony, but the film will provide a much more detailed look at the stand-up mob guy. The race riots at the time will also play a major part in the film. Jon Bernthal is on board as one of the tough guys, though not much is known about his role. The film is slated to be released on September 25, 2020.

4. Viena and the Fantomes (TBA)

‘Viena and the Fantomes’ is an upcoming musical drama and romantic film that has a star-studded cast including the likes of Dakota Fanning. The plot revolves around a young girl, Viena, who travels all across North America with The Fantomes, a punk band. Jon Bernthal is part of the cast but not much is known about his role. 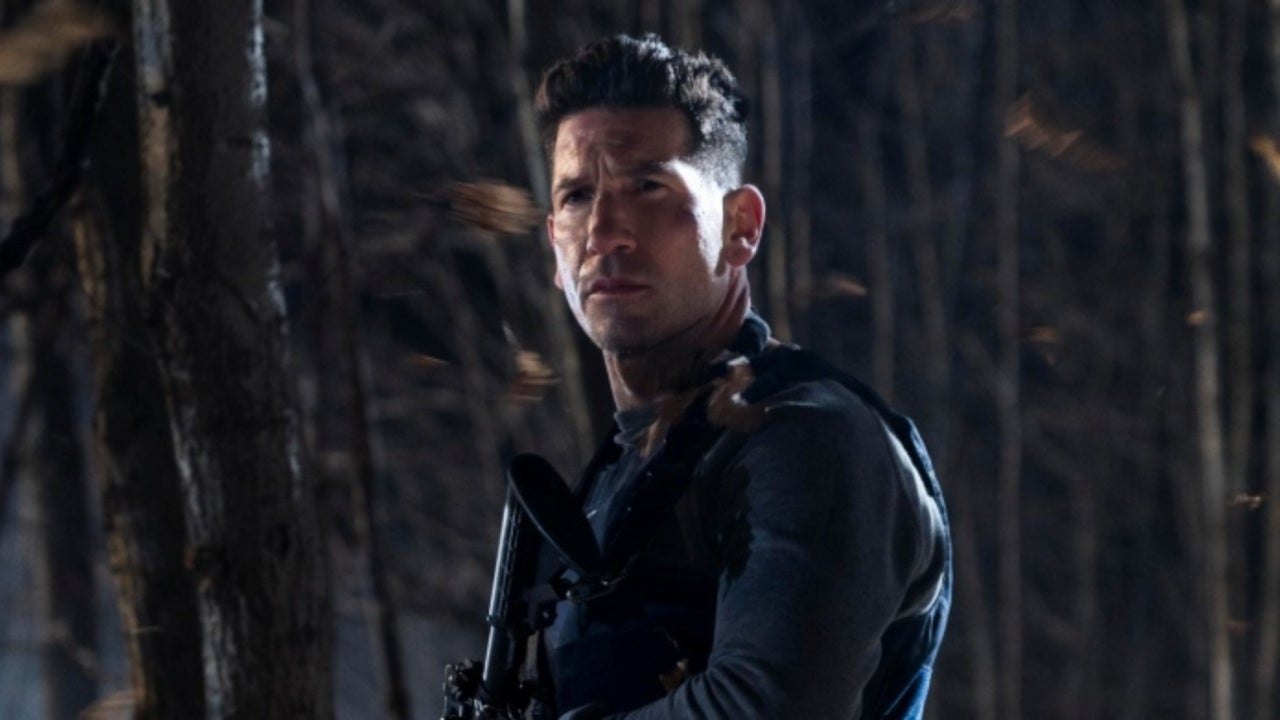 ‘Those Who Wish Me Dead’ is an upcoming thriller movie that is based on Michael Koryta’s novel of the same name. It is a female-driven neo-Western that is set against a raging wildfire in the Montana wilderness. A teenager who is a witness to a murder finds himself being tracked by two assassins. A survival expert is tasked with protecting the witness. All the while the danger escalates as the wildfire threatens to consume all of them. Jon Bernthal is part of the cast and he stars alongside Angelina Jolie. 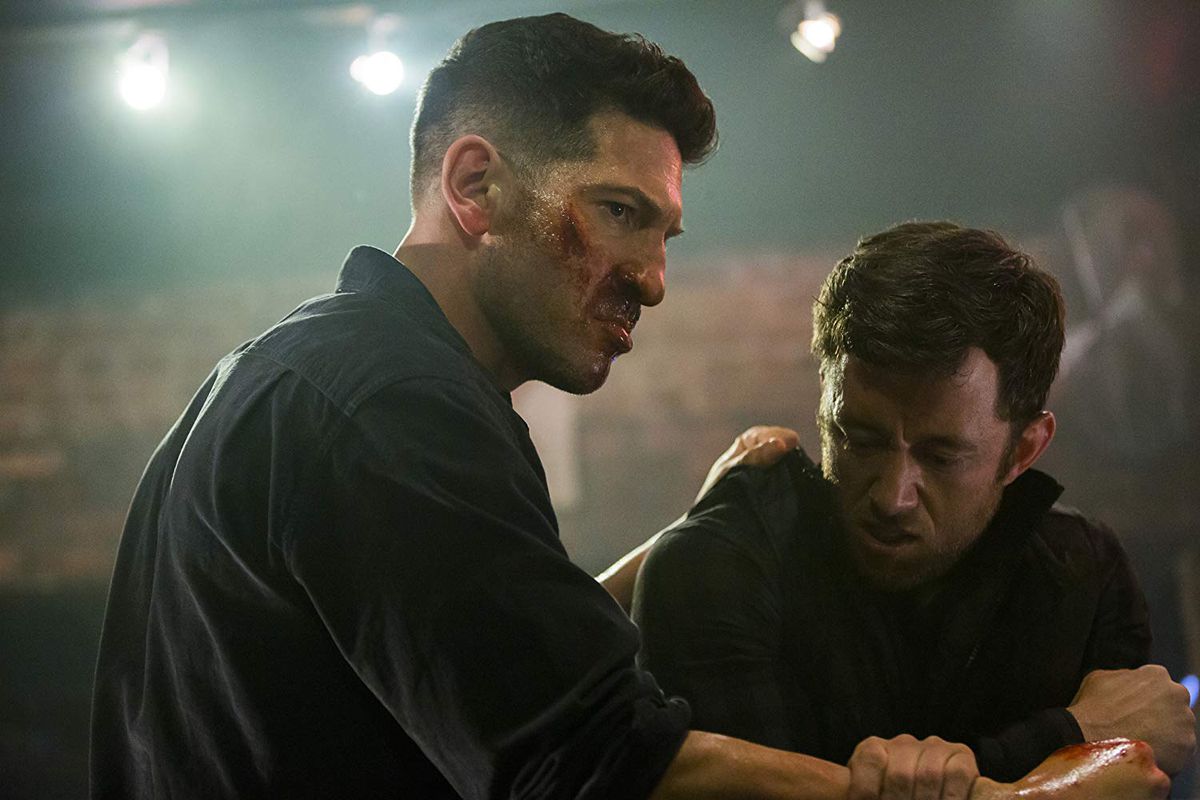 Jon Bernthal is all set to appear in ‘Stingray’, an upcoming crime thriller. The plot revolves around a man who accidentally kills the brother of a powerful individual in the world of organized crime. In order to escape retribution, he must kill a member of his own family and pay off the blood debt. Knowing Bernthal’s history of having played violent figures, he will fit right in with the tone the movie is trying to set. 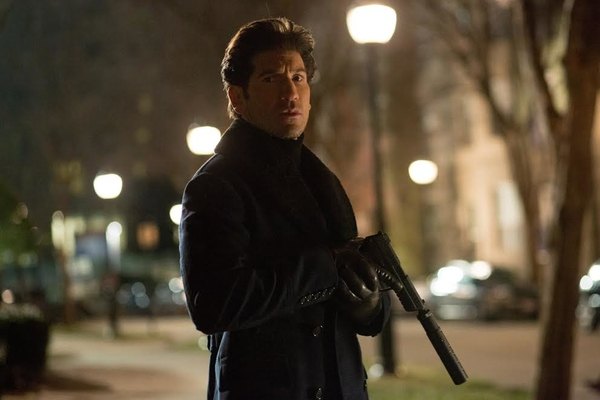 A sequel to the 2016 movie, ‘The Accountant’ is being made. Ben Affleck is set to return as the titular character, a math savant who suffers from autism but handles the accounts for several criminal organizations. Besides being a numbers genius, the accountant is also a highly skilled combatant and not someone to be messed with. In the original film, we are introduced to Brax, the brother of the accountant, who asserts himself towards the end. Jon Bernthal plays the part and he is likely to return for the sequel as well. However, since there is no confirmed news about Bernthal’s involvement, the project is not high on the actor’s list of priorities.