Jon Seda’s Emotional Note on His ‘Chicago P.D.’ Exit; ‘It’s Been an Honor.’ 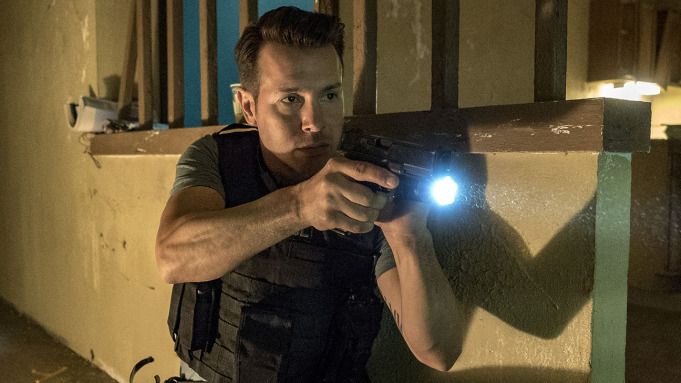 Actor Jon Seda delivered an emotional note on his exit from the NBC series ‘Chicago P.D.‘ He left with a tribute to the show and thanks to all the devoted fans of the series. ‘It’s been an honor portraying Detective Antonio Dawson in the #OneChicagoWorld,’ Seda tweeted on Saturday. The actor also shared a photo of Detective Dawson against the Chicago skyline.

Seda departed ‘Chicago’ franchise after a long tenure of seven years. He appeared as Detective Antonio Dawson in ‘Chicago Fire,’ ‘Chicago P.D.’ and ‘Chicago Justice.’ Seda’s ‘Chicago Med‘ co-stars Colin Donnell and Norma Kuhling also announced their exit. The three regular faces quit when all three ‘Chicago’ series have been renewed for the next season. Deadline reports that the real reason behind their departures is creative, specifically related to the character development in the upcoming seasons.

Seda started his collaboration with ‘Chicago’ franchise with ‘Chicago Fire.’ Later, he was promoted along with Jason Beghe to anchor the spinoff series ‘Chicago P.D.’ The actors played the lead roles of Detective Antonio Dawson and Hank Voight, the Squad Commander of the Chicago Police Department’s Intelligence Unit respectively. During the fourth season, Seda left ‘Chicago P.D.’ to join the spinoff, ‘Chicago Justice.’ He rejoined the fifth season of ‘Chicago P.D’ as a regular after the cancellation of the second season of ‘Chicago Justice.’ Detective Antonio Dawson is known for his crossover appearances in the Chicago shows.

On the other hand, Colin Donnell made popular the series with his recurring character, Dr. Connor Rhodes. He is a Cardiothoracic and Trauma Surgery Fellow at Gaffney Chicago Medical Center. Donnell has been playing the same role ever since his first appearance on ‘Chicago Med’ in 2015. Dr. Conner also appeared as a guest in the four episodes of ‘Chicago P.D.’ in season 3 and 4. Donnell paid a visit to the four episodes of ‘Chicago Fire’ as a guest star during seasons 4, 6 and 7.’ He confirmed his exit by retweeting the news story on his official twitter handle.

‘Sorry to say that this is true. I love my #ChicagoMed #OneChicago family dearly. And a special thank you to all the fans that have made these last four seasons so amazing,’ the actor tweeted. Donnell’s former co-star in ‘Chicago P.D,’ Sophia Bush responded to the tweet with a comment. ‘A true gentleman, you are, dear sir. Much love,’ commented the actress.

For most of the ‘Chicago’ Franchise fans, Seda’ surprise announcement turns up as a shock. Detective Dawson has been a fan favorite and cult figure in the series for a long time. Though Seda didn’t appear on ‘Chicago Med,’ his fans clamored for more action and Detective Dawson returned in ‘Law & Order: Special Victims Unit’ episode ‘Nationwide Manhunt’ in 2016. Deadline report also hints how Seda’s Dawson was ‘played out’ in the franchise. But as per the tradition of ‘Chicago’ shows, Seda, Donnell and Kuhling may return in the upcoming seasons as guest stars. Seda’s last episode is ‘Chicago P.D.’ season 6 grand finale, which comes to NBC on May 22.