Jordan Jonas: Everything We Know 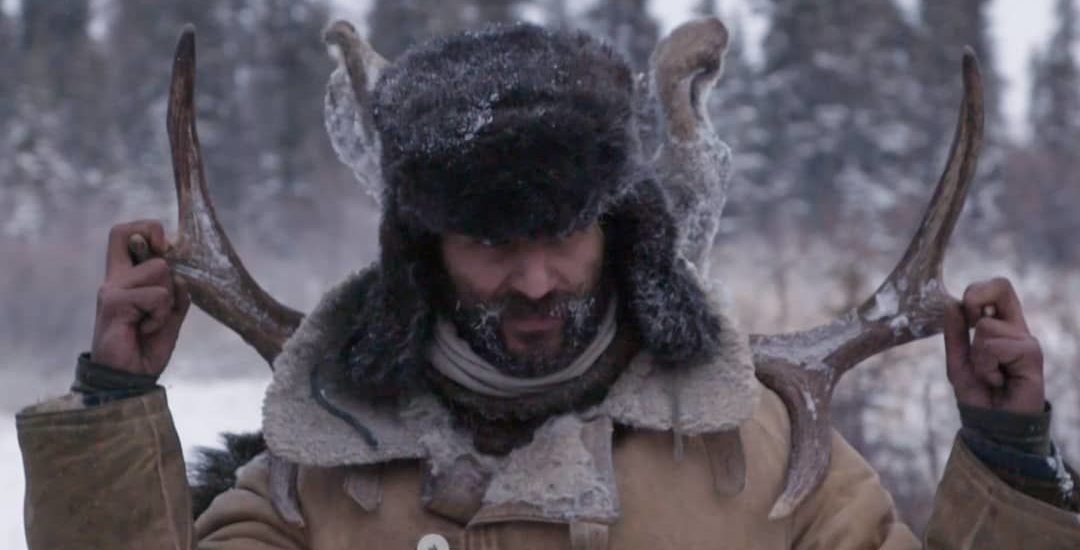 Humans are social animals. We need company for survival, as isolation often turns us mad. Imagining ourselves living completely cut-off from the rest of the world seems apocalyptic, and this is the fear and inhibition that History’s ‘Alone’ plays upon. It is a game show unlike any other. In each season a desolate location is picked, where several contestants are dropped with only ten things of their choice in their possession. All of them have a marked territory where they are to survive alone for as long as possible.

In its sixth season, the show took to the wintry sub-Arctics where the participants had to fight cold, hunger, wild animals, as well as the mental pressure of being absolutely alone. One by one, the competitors started to fall apart, either due to some mistake, some physical injury, or mental illness. Jordan Jonas fought through all these challenges and won $500,000 prize money by being the last one standing. Here’s everything you should know about him.

Jordan Jonas is an American citizen of Assyrian and Danish heritage. He was born and raised in Athol, North Idaho, where he grew up in the Sandpoint & Coeur d’Alene area. He attended the Sandpoint High School, after which, he graduated from North Idaho College. He lives in Lynchburg, Virginia, with his wife Janahlee and three children– Illana, Altai, and Zaya, whom he is also bringing up to become survival experts like himself.

Quarantine Chronicles – it's alot harder staying around the house when you have little kids, so here is another idea to help you keep them busy! A cool syrup that is also a natural litmus test! 👨‍🔬 And I'm just trying to keep up with the Canadians and all their maple syrup posts. YouTube.com/hobojordo .😫 #quarantine #quarantinewithkids #projects #kidprojects #science #syrup @jbadventurer @the_wooded_beardsman @torigoesoutside 😠😆

Altai is 3! Zaya is still recovering from the PTSD of his brother's terrible 2's 😆 #altai #zaya #ilana #hbd

36-year-old Jonas knows everything there is to know about survival. His profession is listed as construction, but he also runs a blog where he offers survival adventure courses. He is very active on social media platforms, and you will find his wall full of tips and tricks needed to survive in the wild.

Where have I been with content? Well I've been busy renovating this house as fast as I could to have room for our new baby! After a few months redoing it from the ground up .. the plumbing, electrical, drywall, etc.. I finished only a couple days late. 🔨 👶 At least now when Zaya cries everyone doesn't wake up! – Here are a series of before and after pictures! We're done! Cheers!!🍻 #DIY #renovation #dilapidatedhouse #restoration #alone #aloneshow #aloneonehistory @joannagaines

All this knowledge didn’t come to him without trials and tribulations. Over the years, he has sustained many injuries, the scars of which bear witness to his different lessons at survival. He grew up on a farm, and after completing his education, embarked on a journey that will give you serious travel goals. He had spent a summer riding freight trains, which showed him the nooks and corners of the country like nothing else.

Soon after, he went to Siberia, where the training to live in the chilling wilderness started to take shape. In the month and a half that he spent there, he learned to fur trap, survived a fall through the ice in the frozen river, and discovered just how difficult yet exciting it was to live in a desolate place with no one but yourself to rely on. He spent some time living with the nomadic Evenki reindeer herders, learning their ways of hunting, fishing, and surviving on the bare minimum, while braving serious injuries.

This 1 horsepower is definitely stronger than most rototillers… 🐴. This was in Siberia where I was helping my good friend @justusdwalker break ground on a little self sufficient farm in the village. Among other things he has been working for years to create small scale sustainable farms in Siberia to try and help revitalize what was once an incredibly vibrant peasant and farming culture in Russia – pre Stalin/forced collectivisation. Helping out him on a myriad of projects was what first took me to Siberia. #farming #ploughing #farms #tilling #garden #selfsufficient #sustainable #aloneshow #aloneonehistory #alone #джастасуолкер #siberia #russia #horses

Jonas’s incredible experiences had prepared him for whatever challenge life would throw at him and he decided to put it to use when he saw ‘Alone’. However, he had to wait several years before they reached back to him. When he came to know that the Canadian hinterlands were supposed to be his home for the next couple of months, he knew he was up to the task.

💥💥💥THREE FIRSTS FOR HUMANITY 💥💥💥 At least I'm claiming them, as I've seen no evidence to the contrary 😆 1: Skin and process a moose with a Leatherman only! (Ok maybe some people skinned mammoths with stones in the past) 2: Battle a wolverine with an axe! (Maybe someone has but they failed to record it 😉) 3: Make a net out of Paracord and successesfully catch a fish with it! Here are some pictures of the net making process from start to finish: Making a needle set, weaving a net, setting it under the ice, hauling a fish… It was difficult and tedious weaving a net in the cold; but it was also the perfect slow, productive task to keep boredom at bay while I waited for ice to thicken on the lake. It was definitely tricky finding a knot that would hold in the Paracord, as it is notoriously difficult to knot with…and my fist days work was ruined after I noticed the knots would come loose overnight. With some trial an error I finally solved the puzzle! Catching fish in the net was an answer to prayer and incredibly satisfying after all that work! #aloneshow #aloneonhistory #net #fishing #arctic #canada #siberia #russia #evenk #thankful #survival

As soon as he was dropped off the helicopter that left him alone in the Great Slave Lake area, he started looking for food, which he knew was the most important thing needed for survival. He won the competition by lasting 77 days on his own, but that’s not the only thing he’ll be remembered for. He is the first one in the show’s history to shoot a 900-pound moose within the first 20 days. While the hunt gave him enough to eat for a long time, it also attracted other predators to him, which led to Jonas killing a wolverine with an axe. Soon enough, he also found success in ice fishing and had caught a 25-pound pike when it was revealed that he had won. He shared the catch with the production crew of the show.

At Jordanjonas.com (link in bio) I have a new photo walkthrough post detailing the entire final episode of alone, with relevant details and backstory….check it out! #postalone #postmalone #aloneshow #finale #fishing

Jonas shares his experience in ‘Alone’ on social media platforms. He also appeared on the Joe Rogan Experience to share the whole story of he survived the ordeal.