Are Jorge and Anfisa From 90 Day Fiance Still Together? 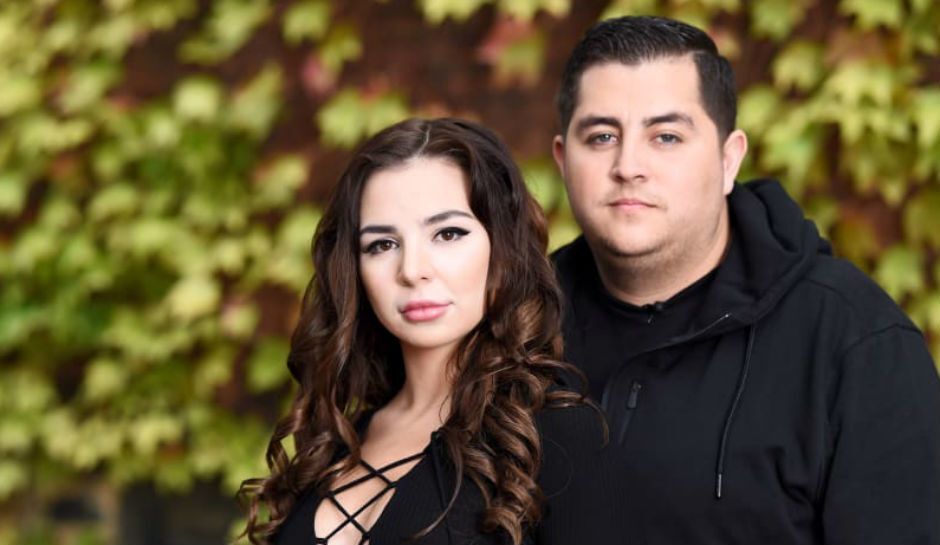 ’90 Day Fiance’ is one of the best reality shows on our television screens right now. The guilty pleasure of watching international couples create a whole lot of drama and arguments, and then try to be romantic again is unlike any other. The series follows the international couples after they have applied for or received a K-1 visa.

The 90 day time period allotted by the visa is not for the couples to decide if they want to get married, it is for them to actually go through with it. Season 4 of this series, which premiered in 2016, gave us the journey of five such engaged couples, one of whom included Jorge and Anfisa.

Jorge and Anfisa’s relationship has been a tumultuous one from the very beginning. The then 27-year-old Jorge Nava, from Riverside, California contacted the then 20-year-old Russian, Anfisa Arkhipchenko, on Facebook after he saw some of her photos online. Though she was hesitant in talking to him at first, when she eventually did, they quickly formed a relationship. For their first meeting, the couple went for an expensive vacation all around Europe.

Shortly before Anfisa was scheduled to come to America, she openly asked Jorge to buy her a $10,000 handbag, and when he refused to do so, she canceled her flights and erased his existence from her phone. However, Jorge was able to talk to her and the two reconciled, following which she agreed to come to America. Of course, this made all of Jorge’s friends and family wonder if Anfisa was only interested in him for his money.

This was only highlighted further when Anfisa created an issue about living in a hotel as Jorge was unable to rent an apartment because of his felony charges, and after she got mad at him for not buying her an engagement ring or a wedding dress. She even admitted that she was interested in staying with him because of his ability to provide for her. This monetary worry, along with their arguments and fights even led to Anfisa thinking of going back to Russia.

But, they went through with their wedding and tied the knot in a simple courthouse ceremony, after which Jorge promised to buy her a ring and to hold a bigger ceremony that both their families could attend.

Are Jorge and Anfisa Still Together?

The answer to this is a little complicated than a simple yes or no. Although the couple is still legally married, they are no longer romantically involved and have since broken up. After their wedding, Jorge and Anfisa were able to get a small apartment, however, in just a little while they separated and Anfisa got herself a new apartment, a driver’s license, and a car. Despite their separation, they have not yet gotten a divorce.

Guess where I am at? 🕵️ I’m going to shout out in my stories 3 people who guess the city and country first 😉

In February of 2018, Jorge was arrested for transporting marijuana, following which he was sentenced to 2.5 years behind bars. Jorge and Anfisa officially called it quits when he was in jail. He was expected to be released sometime in August 2020 but he got his freedom a few months earlier, in May 2020. And honestly, he wasted no time in moving on from his estranged wife. On June 8, he posted the following photo of himself and his new girlfriend and gushed about her and their love in the caption.

Blessed is the man who finds wisdom,the man who gains understanding, for she is more profitable than silver and yields better returns than gold.She is more precious than rubies; nothing you desire can compare with her. Long life is in her right hand; in her left hand are riches and honor. Her ways are pleasant ways, and all her paths are peace. She is the tree of life to those that embrace her; those that lay hold of her will be blessed 👩‍❤️‍💋‍👨❤️🙏

Anfisa, too, has moved on. Apart from focusing on her fitness, which is all her Instagram page is about right now, she is also focusing on her relationship with Leo Assaf. Even though there is nothing personal on her social media account anymore, she did make their relationship official by posting about him earlier this year. And although his Instagram is set on private as well, he does tend to post about her from time to time. The pair also still follow each other and make sure to like each and every one of their partner’s posts.

No, I won’t break my back but thx for asking

Read More: Are Kyle and Noon From 90 Day Fiance Still Together?