Where is Joseph From Crazy Delicious Today?

When ‘Crazy Delicious’ dropped on Netflix, viewers were instantly mesmerized by its spectacular settings — which is a living rendition of Willy Wonka’s chocolate factory. In this sprawling garden, everything is edible, including chocolate soil, a drinkable brook, and even delicious blooms. Hosted by comedian Jayde Adams, each episode features three aspiring chefs, battling it out to win the golden apple. In the first episode, we met three contestants — the then 28-year-old Joseph, 20-year-old Lily, and 39-year-old Bethie. Among the three, Joseph managed to wow both judges and viewers with his elaborate culinary skills and striking presentation. So who is this talented artist and what is he doing now? Read on for some detailed insights.

When Joseph first introduced himself, he explained that his cooking style is primarily inspired by Afro-Caribbean cuisines. He also said that on a scale of one to ten, he would rate his competitive streak at a whopping nine and a half.

If you know me well you’ll know that I am very happy to float under the radar and not acknowledge my achievements to date. From graduations to internationally available tv shows…. speaking of which @crazy_delicious delicious is now on @netflix worldwide and yes I’m gunnna make a song and dance about it because it’s not your everyday news and most of all BECAUSE I CAN! Just when you though Benedict was the only Cumberbatch you could have on your screens here comes Joseph on episode 1 of @crazy_delicious I won’t tell you who won but it was an amazing experience and I’m currently working with some brilliant chefs on some upcoming projects so tell a friend to tell a friend to tune in and tell me what you think ! For those of you in the UK unfortunately it’s not on Netflix so you’ll have to jump on @channel4 and bang on episode 4 to see my face but there are a great selection of other amazingly talented contestants who came up with some fantastic ideas 🙌🏾 #crazydelicious #netflix #netflixandchill #blackcreative #blackchef #jerkwatermelon #bbq #hestonblumenthal #wavegang #cooking #hackett #melaninmagic #television

In the first round, he whipped up a delicious banana barbeque pudding, topped with fried rice dumplings. Because of his style and flavors, he proceeded to the final round, following the elimination of Bethie whose plantain nachos and sweet pizza were not up to the judges’ expectations. You can check out Joseph’s creation below: 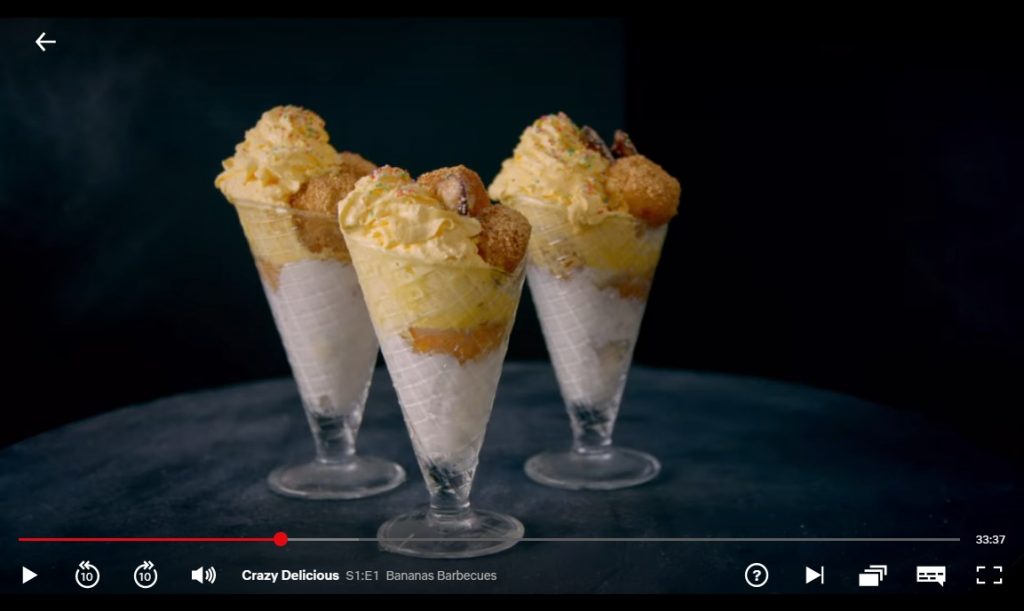 In the final round, Joseph cooked jerk watermelon, shredded pork, chicken, and red cabbage. He was finally declared the winner after Lily missed out on a vital ingredient in her dish. You can have a glance of Joseph’s elaborate recipe below: 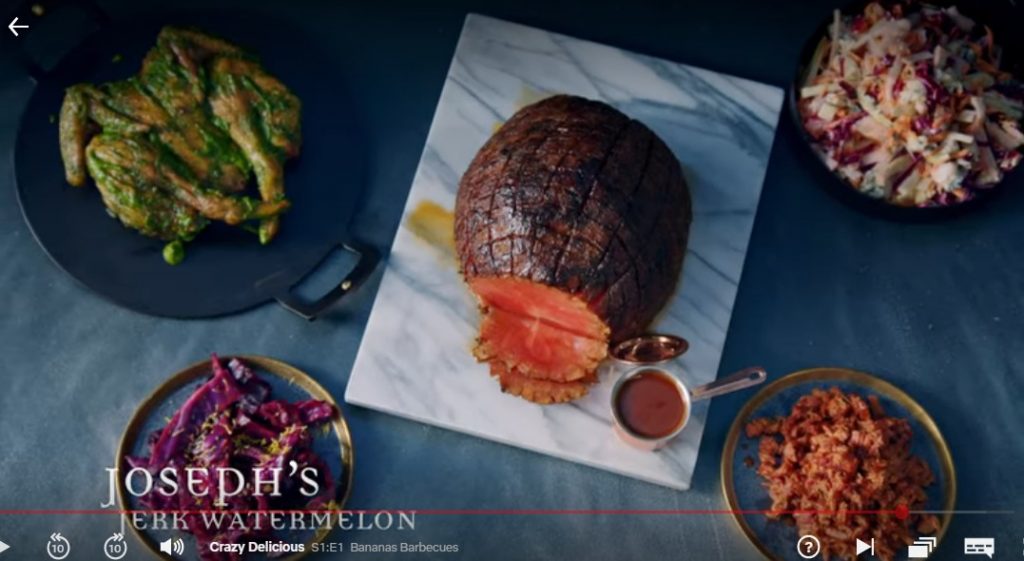 Where is Joseph Now?

A content creator and a recipe developer from the UK, Joseph is an active food blogger whose social media handles are packed with innumerable posts of his edible specimens.

My delicious veggie breakfast inspired by memories of my mum's vegetarian experiments growing up. Cheesy scrambled eggs, grilled lemon and chilli courgette slices, honey glazed asparagus tips caramelised onions with blistered heirloom tomatoes. The perfect, colourful, flavoursome plate to accompany the summer weather that has graced us this week, I’ll take the weather and this breakfast any day… the only thing that was missing was a slice of toast, what do you think? @higgidy is running the #EatTheRainbowChallenge to encourage the nation to eat more veg with the launch of four new Ready To Bake Meals. All proceeds from the first eight weeks of the launch are being donated to NHS Charities Together – a brilliant way to support our National Health Service. Get involved by creating your own veggie dish and tagging @higgidy and #EatTheRainbowChallenge #ad

The professional chef frequently collaborates with well-known brands and several of them are paid partnerships. The athlete, who has progressed into a coach and sports teacher, sticks to healthy ingredients while preparing his dishes. You can check out one of his posts, which shows how he continues to stick to his fitness regime even during the quarantine period. He captioned his post as follows: “Social distancing doesn’t mean you can’t get fit or stay fit. Going from athlete to coach hasn’t just made me more responsible and less selfish but my concern for the general all-round fitness of the young people I work with has become very important to me and I would encourage them to stretch at home as well as work on simple movement patterns. Not only to maintain but to improve fitness in this turbulent time, give yourself the edge over your competitors.”

Social distancing doesn’t mean you can’t get fit or stay fit. Going from athlete to coach hasn’t just made me more responsible and less selfish but my concern for the general all round fitness of the young people I work with has become very important to me and I would encourage them to stretch at home as well as work on simple movement patterns. Not only to maintain but to improve fitness in this turbulent time, give yourself the edge over your competitors. 💪🏾🏃🏾‍♂️💨💨💨 . . . Shout out to @_drewwturner 🔌 . #summer #exerciseinisolation #nike #mensstyle #balance #mensfashion #waves #wavecheck #fitness ###tasty #london #stmarysuniversity #tracklife #niketraining #stretching #culture #foodie #movementpatterns #melanin #melaninpoppin #motorskills

On the personal front, Joseph is quite close to his mother. Here is an adorable picture of him sharing a meal with his mum.

The ultimate meal sharing occasion for me has never been about the quantity of people round my table, but always the quality and in that regard it doesn’t get much better than sharing my @higgidy special edition sharing pie (chicken and Ham Hock😍) and all the positive vibes, and laughter during this British Pie Week with my Mum at home. My household have always been big on not wasting food and a lot of my creativity has come from using odds and ends of things in the fridge so I whipped up this beetroot tatziki with some old beetroot and some yogurt that would’ve found its way into the bin at some point. During British Pie week for every one Pie purchased Higgidy are donating one pie to @fareshareuk who donate meals to those in need- so in picking up your own @higgidy Pie from your local supermarket you’re not only feeding yourself but some else who is in need of a meal too. #ad #BritishPieWeek #Pieceofthepie