Who is Josephine Langford Dating? Who is Her Boyfriend?

Australian actress Josephine Langford has been giving back to back hit performances after making her television debut in 2017. The 21-year-old rose to fame almost instantly after being cast in the American romantic drama film, ‘After.’ It is a movie adaptation of the eponymous bestselling novel by Anna Todd. Josephine, who plays the character of Tessa Young, can be seen standing out as a great daughter and a loyal partner in the plot.

While remaining true to her fundamental nature, the actress has won the hearts of millions with her authenticity. But her impressive portrayal has left the fans wondering whether Hero Fiennes-Tiffin, who plays the role of her childhood sweetheart in the movie, is also her real-life boyfriend? We have taken out our detective glasses to look for the correct answer!

Born on August 18, 1997, Josephine was brought up by medical practitioners. Her father, Stephen Langford, is a flying doctor while her mother, Elizabeth Green, a pediatrician. Her older sister, Katherine Langford, bears a stark similarity to her very own career graph as she, too, turned into a star overnight. The Perth native developed a keen interest in musical instruments like the violin, the saxophone, and the piano as a child. At the tender age of 10, her musical composition was declared as ‘Song of the Year,’ and she started taking acting classes three years after that.

In 2012, Josephine’s passion for the art form kicked in, after which she began training under Perth Film School. At the age of 14, her appearance in short movies like ‘Sex Ed,’ ‘When Separating,’ and ‘Gypsy Blood’ created a slight buzz. Josephine’s screen debut performance in ‘Pulse’ grabbed eyeballs as the indie movie was screened at film festivals. Her unique role in the Australian TV series ‘Wolf Creek’ did the trick and landed her the female lead role in ‘After.’

The Teen Choice Award winner has not only basked in the glory of success for the past year but has also been at the receiving end of an incredible fan following. Extremely coy by nature, Josephine has self-admittedly been an “overly private” person all her life. But seeing her hot chemistry with her co-star, Fiennes-Tiffin, piqued everyone’s curiosity. The two have also been signed as the lead pair for ‘After’ sequels titled ‘After We Collided (2020),’ ‘After We Fell (2021),’ and ‘After Ever Happy (2022).’ They were also seen close to each other at birthday parties and red carpet events, in addition to having spent a significant portion of the previous year together during the movie’s filming. 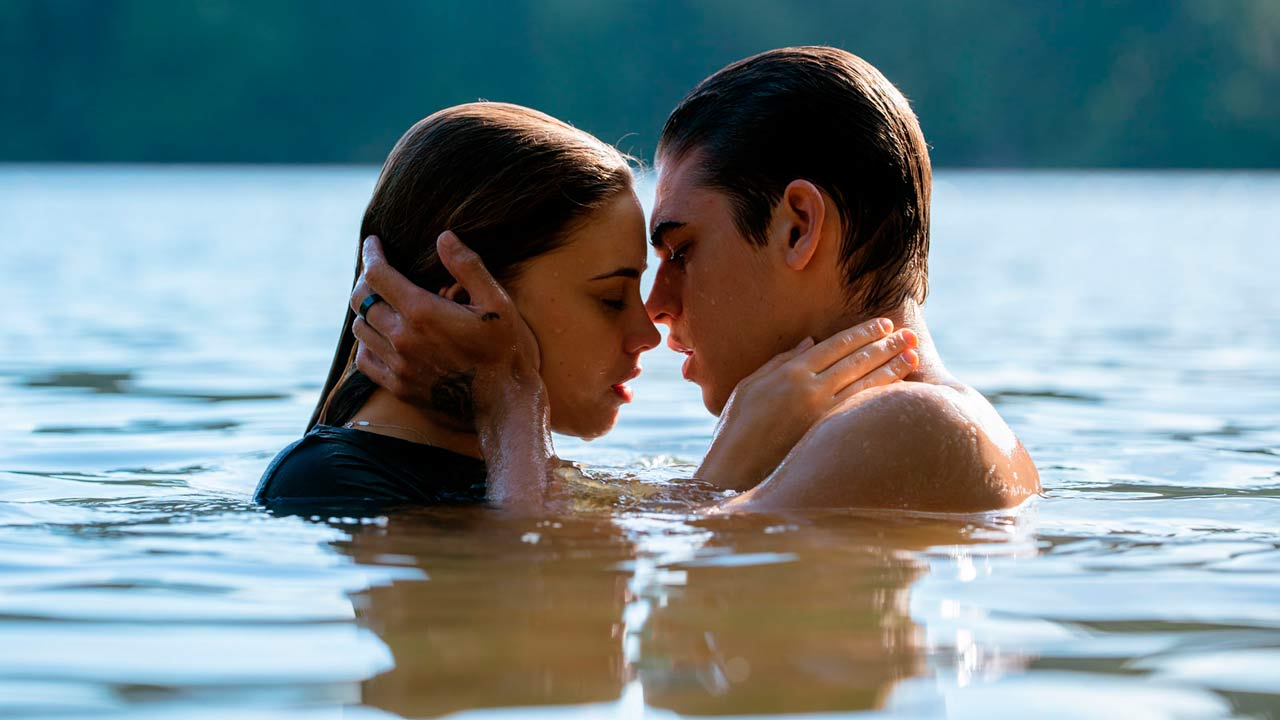 The link-up rumors gained further heat when it looked like the duo shared quite a comfortable equation with each other. For one of their promotional interviews, Jo seemed to know her co-star pretty well in a fun game segment. Yet, to the disappointment of those rooting for the adorable actors to be a couple, both have publicly confirmed that they are just good friends. The sexual tension that is being sensed between them is nothing but great acting skills that help them deliver an insanely passionate performance after the cameras start rolling on them.

When their fans still did not stop asking the actors if they were together, Anna Todd posted “Hero’s not dating anyone, do him a favor and stop posting about it” on her Twitter handle. Although she later took it down later, fans clearly understood the message that the author put out in a straightforward manner. Thus, it is safe to state that there is no romantic angle to the equation that Fiennes-Tiffin and Josephine share.