Joshua Brown’s Murder: How Did He Die? Who Killed Him? 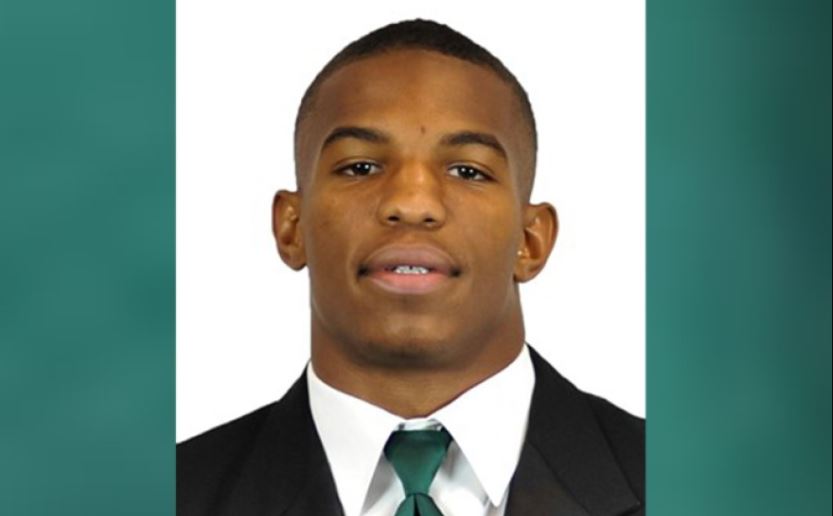 ID’s ‘Impact of Murder: The Ballad of Botham Jean’ is a two-hour special documentary episode that chronicles, as the name suggests, the tale of Botham Jean’s murder and its aftermath. Amber Guyger, a white police officer, was arrested, charged, and then put on trial for Botham’s killing. However, unfortunately, within this murder case, another one got mixed up, as one of the key witnesses of the initial crime was slain just days after he gave his testimony against the police officer in court. This, of course, set off a lot of speculation online about who was to blame. So, if you’re here for answers, we’ve got you covered.

How Did Joshua Brown Die?

Joshua Xavier Brown was a neighbor of Botham Jean at the South Side Flats, where the latter was killed. The 28-year-old Joshua was originally from Jacksonville, Florida, but after completing his studies in Lancaster, he moved to Dallas, Texas, where he worked as a roofing contractor before getting a job of managing Airbnb rentals in Atlanta and Los Angeles. When Botham was killed, on September 6, 2018, Joshua had just returned to the building after watching a football game. He was standing in the hallway when he heard what sounded like two people meeting by surprise, followed by gunfire.

Joshua, who was always worried about guns and being shot, ran for safety. And then, after he was safely in his apartment, which was just across from Botham’s, he watched through the peephole as Amber dialed 911 and other officers arrived. According to a CNN report, Joshua did not want to be thrust into the spotlight by testifying in this high profile case, but when he was subpoenaed, he didn’t have any choice. Therefore, he went to court in late September 2019 and relayed everything he saw that day. We should mention that, by this time, Joshua had moved houses and had already even been shot once.

Three months after Botham was murdered, Joshua moved to Atera Apartments, about five miles away from his former complex to live a low profile life, especially because in November of that year, 2018, he was shot near a strip club in Dallas, wherein Nicholas Shaquan Diggs lost his life. The next time it happened, though, Joshua wasn’t as lucky. On October 4, 2019, 10 days after he testified in court, Joshua Brown was shot, multiple times, in the parking lot of his new apartment complex. Official reports have made it clear that he was shot in the back and thighs, the injuries from which he could not recover from. Joshua was pronounced dead that same day at the Parkland Memorial Hospital.

The initial theory was that someone wasn’t happy with Joshua’s testimony against a police officer and had, therefore, killed him – especially because his death came two days after Amber’s conviction. However, as the investigations proceeded, the officials realized that that was not the case, at all. Witnesses near the crime scene could not identify the physical features of the shooter/shooters or even say for sure how many perpetrators there were, but they did say that they saw a silver four-door sedan speed out of the parking lot after firing multiple times at Joshua.

A couple of days after that, on October 8, the police released arrest-warrant affidavits for three suspects, saying that they had driven to Dallas all the way from Alexandria, Louisiana, in a plot to rob Joshua. After the officials searched the victims’ apartment, they found and confiscated 12 pounds of marijuana, 143 grams of THC cartridges, and $4,000 in cash, which made them believe that it was a drug deal/robbery gone wrong in the first place. And, that is how they ended up with their suspects. By the time they had released the arrest warrants, they already had one of them in custody. The next day, they arrested another one. On December 5, 2019, a Dallas County grand jury handed down indictments on charges of capital murder to Thaddeous Charles Green, 22, Jacquerious Mitchell, 20, and Michael Diaz Mitchell, 32.

As per the last reports, the Mitchell’s – who are uncle and nephew – are being held at the Dallas County jail on a $500,000 bail until their trial, whereas Thaddeous Charles Green, who is considered to be armed and dangerous, remains at large. According to official reports, it was indeed a drug deal gone wrong. Jacquerious Mitchell told that police that Joshua Brown shot him, once, in the chest, after he and Thanddeous got into an altercation during the drug exchange. And then, the latter shot Joshua before taking his backpack and gun so as to not leave behind any evidence. With Michael as the getaway driver, the three of them then fled the scene, leaving Joshua to bleed out. (Featured Image Credit: University of South Florida)