Netflix has revived the true-crime series called ‘Unsolved Mysteries.’ Buffs of the genre are already familiar with it, but if this is your first time coming across the show, then let me tell you, you’re in for a treat. Relaying the well-researched events in the format of a documentary, each episode dives deep into the crime and its aftermath. Even though they aren’t solved, you are given various theories about who the perpetrator could be. In one episode, the tale of Carlina White’s kidnapping as an infant is discussed. In this article, we take a look at where her biological parents are now.

Who Are Joy White and Carl Tyson?

Joy White and Carl Tyson met each other in the Harlem housing projects and had been together for a year when Joy became pregnant with Carlina. Carl was 22 at the time and used to drive a truck and work at a parking garage, whereas she was 16 and was still in high school. They welcomed their daughter on July 15, 1987. Joy’s mother and she would take care of the child at their own place while Carl would visit them after work.

Just 19 days after she was born, Carlina got a high fever (104 °F) and her parents took her to Harlem Hospital. There, Carl remembered a nurse trying to console Joy with a really odd choice of words: “The baby don’t cry for you—you cry for the baby.” It turned out that she was not even an employee of the hospital, but she had been seen on-premises for the past 2-3 weeks. Between 2:30 am and 3:55 am on August 4, 1987, baby Carlina was abducted by a lady that the biological parents described as heavyset.

The City of New York set out a $10,000 reward if someone stepped forward. Fliers with pertinent information were also distributed throughout the country. Alas, despite their efforts, the parents would not be reunited with their child for another 23 years. A year after the incident, the couple split up and eventually married other people.

About 45 miles away from the parent’s residence, Carlina was raised in Bridgeport, Connecticut, with the name Nejdra “Netty” Nance. Fast forwarding to 2005, she had graduated from high school and was pregnant with her first child. Since Netty needed to get health insurance, she needed her birth certificate. So she went to the woman she had called mom her whole life— Annugetta “Ann” Pettway.

But Ann was always hesitant about the issue, and Netty felt as though something was wrong. After all, she had always noticed that she did not look similar to the rest of her family. Then, one day, Ann confessed that she was not Netty’s biological mother. She also said that the real parent was a drug addict who walked out of the child’s life. An online search on the website of the National Center for Missing and Exploited Children lead Netty to finally find her biological parents. Later, Ann was sentenced to 12 years in prison in 2012. The father had always expressed his anger over the situation, however, Joy was content with the verdict.

Where Are Joy White and Carl Tyson Now?

The first time Joy met Carlina, she said, “I was on such a high when I first reunited with my daughter. I was floating in air. I was so happy and that moment was so great.” However, the two then apparently had a falling out over the money ($750,000) from a lawsuit that Joy’s family had won. 50% of the money went to the family whereas the rest was placed in a trust that Carlina could have accessed if she had been found before her 21st birthday. But Joy explained that it had been spent— “We don’t have the money … we both had to live …I have two other kids, a son and a daughter, you know, and I had to take care of myself.” 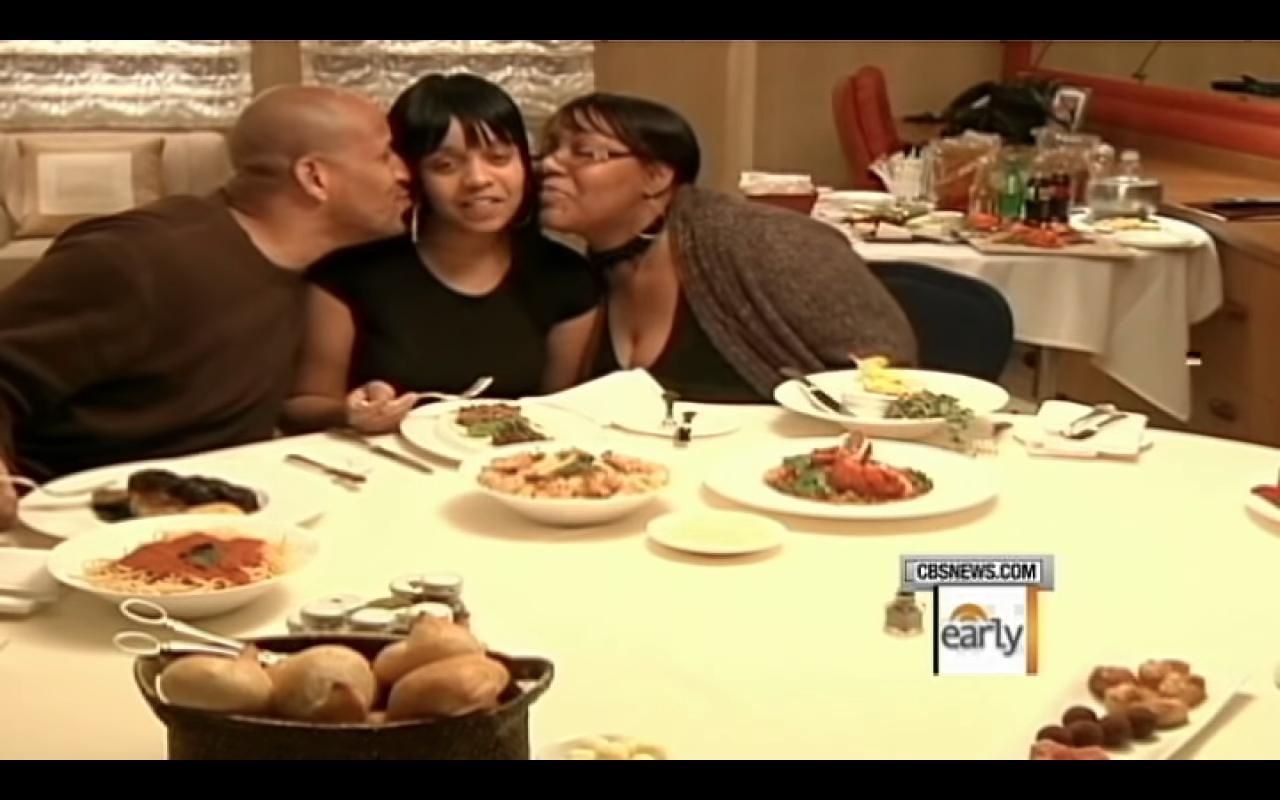 It seemed to be the case that the father had a closer bond with his daughter. Carl said, “I know it’s going to take time, so I’m willing to put in that time. In this relationship, you can’t push nothing. There’s 23 years I can’t get back. Everything has to start from here and work its way.” Since neither of the parents have any social media presence, their current whereabouts are unknown. However, it is noteworthy that although Carlina was overwhelmed at first, eventually, she felt blessed— “Now I have two moms and two dads and my life is richer now because of that.”

Read More: How Was Carlina White Kidnapped? Where is She Now?