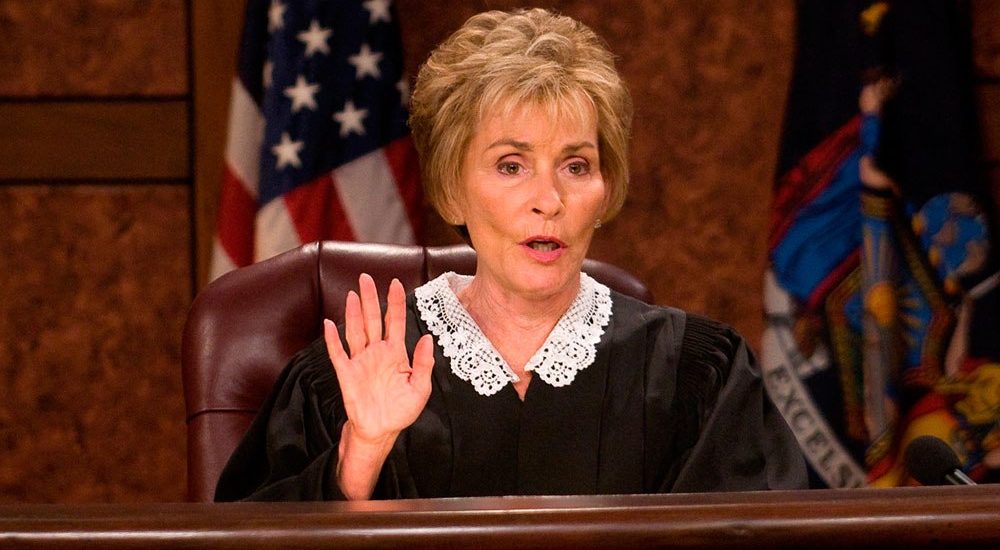 ‘Judge Judy’ is a television series that is all about small-time brawls. However, there is no unnecessary screeching and howling. Instead, these “brawls” take place inside a courtroom-like setting. That’s right, ‘Judge Judy’ is a legal reality series and you might not have heard such a genre before. That is because the actual term used to refer such shows is “arbitration-based reality court show,” or more simply, a reality courtroom drama.

‘Judge Judy’ sees Judy Sheindlin taking over the reins. She is an actual judge, having worked at the Manhattan family court. Having passed the bar in 1965, she went on to become a prosecutor and finally, a judge in 1982. Moreover, she also holds the Guinness World Record for being the longest-serving judge/arbitrator in a courtroom television series!

In fact, only ‘The People’s Court’ and ‘Divorce Court’ have outnumbered ‘Judge Judy’ when it comes to the number of seasons. However, both these shows have undergone multiple changes in judges/arbitrators apart from cancellations, unlike ‘Judge Judy.’ Long live, Judge Judy!

Moreover, another fact might be of significantly more interest to readers. Judy Sheindlin is the highest-paid television talent/actor/personality. The highest! She earns $47 million per year for appearing in close to 260 episodes each year. Plus, she only has to film for 52 days!

However, as surprising as it may be, the amount is still feasible for the reality television series. Averaging 10.3 million viewers every week, ‘Judge Judy’ is the most-watched daytime television series and grosses anywhere between $160 million to $170 million every year. Moreover, imagine the filming costs of shooting a court-room reality show that takes place, well, in a courtroom each episode. Quite low!

What makes ‘Judge Judy’ so successful? It is Judge Judy herself. Her “blunt talk, finger-wagging, and no-nonsense justice” (Variety) is loved by millions of viewers. At one point in time, ‘Judge Judy’ also competed with ‘The Oprah Winfrey Show’!

Many of you might be wondering where ‘Judge Judy’ has been filmed. As mentioned earlier, the entire television series takes place inside a set that is made to look like a courtroom. So, where is this set located?

Well, viewers might be slightly disappointed to know that ‘Judge Judy’ is not filmed in New York. The television series pretends to be filmed in that state since Sheindlin was a New York judge.

‘Judge Judy’ is filmed entirely at Sunset Bronson Studios on Sunset Boulevard, Los Angeles, California. The production facility is included in the National Register of Historic Places. The ‘Judge Judy’ set is situated next to the set used to film ‘Hot Bench,’ another legal television series.

Initially, Judy Sheindlin would travel to Los Angeles from her hometown in her private jet on the days of filming. However, she now owns a house in Beverly Hills where she resides during the filming season. Have a look at this behind-the-scenes interview wherein Sheindlin talks about her personality and where she gets it from, on the set of ‘Judge Judy:’

Now, many of you might be wondering whether the show is real or not. Well, whoever appears on the show is made to sign a legal contract which binds them to follow Sheindlin’s decision as an arbitration.