Julia Cooper From The Voice: Everything We Know

‘The Voice’ s an American singing competition series that has been on the lookout for real singing talent since the premiere of its debut season on April 26, 2011. The participants are professional as well as amateur singers who bring to the stage unparalleled vocals that leave everyone spellbound. Julia Cooper is one of the brilliant contestants who appeared on the hit series’ 19th edition. The Jazz singer’s soulful vocals regularly left the panel of judges and the audience awe-struck. We got intrigued to know more about Julia Cooper, and here is everything we found out!

Julia Cooper Nationality: Where Is She From?

Julia Cooper’s calm demeanor is a product of her quiet surroundings that she grew up in a suburban town in Ohio. Though born in Poland, she later moved to Nashville, Tennessee, to pursue a degree in commercial songwriting. Following her heart’s calling, Julia enrolled at Middle Tennessee State University to direct all her focus towards building a successful career in the music industry.

As of 2020, Julia Cooper is 21-years-old, though her precise birthdate is unknown. The bubbly girl shared a cute video in which she is celebrating turning 21 by cartwheeling and gleefully smiling in the camera on May 2, 2020. She has spent the major part of her childhood years at a musical theatre in her hometown and even decided to take up acting seriously, after high school. But ensuing her participation in an arts conservatory, she realized that the performing arts did not fascinate her or make her happy. 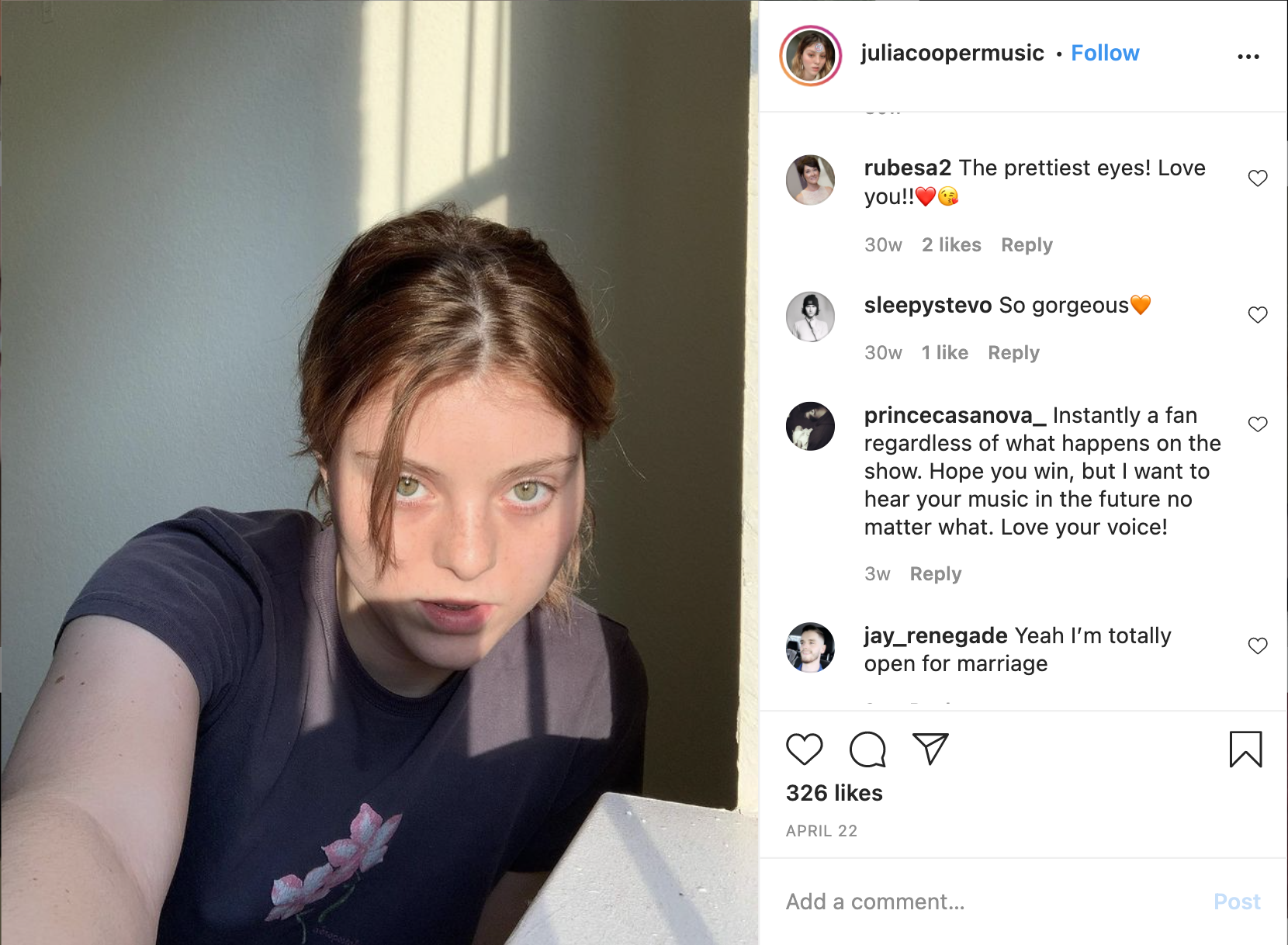 Julia is not one of those who have it all easy in life and pursue an art form just as a hobby. In fact, she has had to support herself since a young age financially and has been working four jobs to repay her student loans. The hard-worker often wakes up with the rising sun to begin her day by 5 a.m., which allows her to perform at gigs during the night. Unfortunately, the details of her family life or partner are not of public knowledge. But as she has already stepped into the spotlight, her well-wishers are hoping to dive deeper into her life.

Julia Cooper’s life revolves around singing, and this is quite evident from a cursory look at her social media accounts. She has posted various recordings of her songs like Norah Jones’ “Don’t Know Why,” Justin Bieber’s “Yummy,” to name a few. The talented singer and songwriter never forgets to flex her impeccable guitar skills, and her fans are only full of praises after watching it. 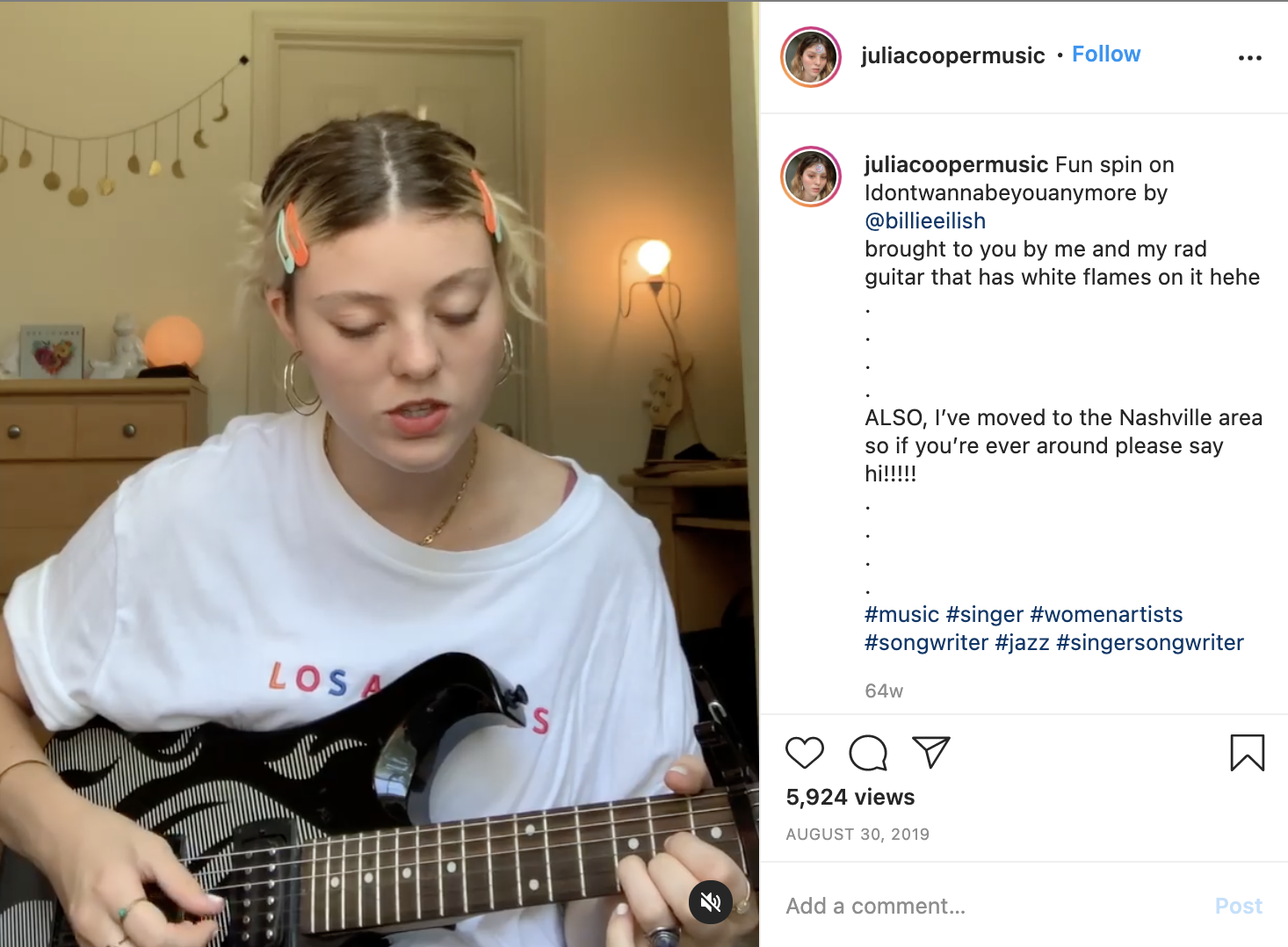 Her year started on a great note as she released her single “When We First Met” on January 24, 2020, which is now available on all major platforms like Spotify, YouTube, and iTunes. The originally written and sung “Something In My Head” garnered her a lot of appreciation. NBC’s ‘The Voice’ has given Julia an opportunity to pursue her life’s dream, along with being coached by America’s finest musicians and singers. 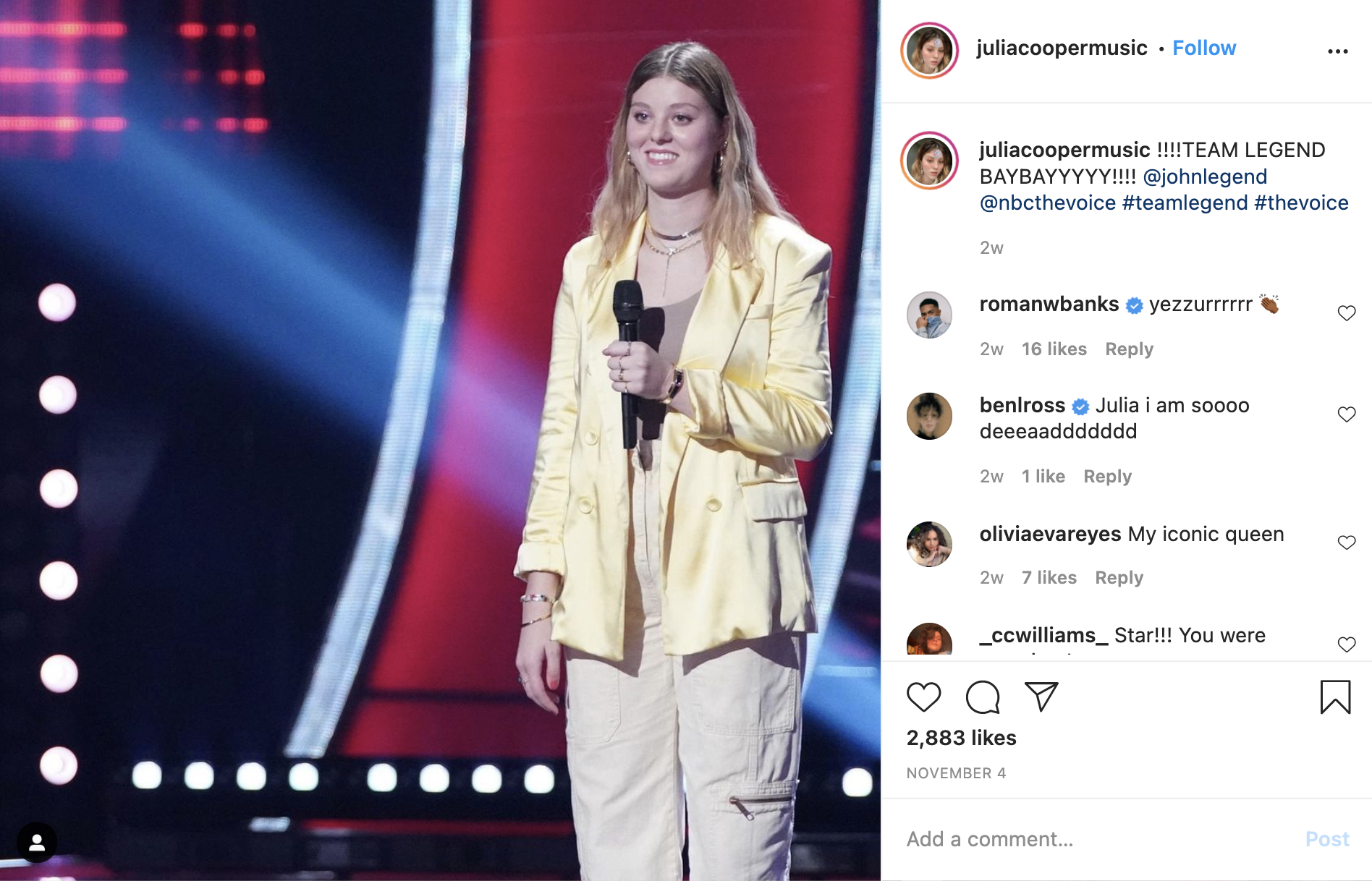 The Team Legend member, led by John Legend, won everyone’s heart with her excellent performance of Stevie Wonder’s 1976 classic “Summer Soft.” She blew away the judges’ minds with her delicate harmonies and musicality. Taking into consideration her young age, limited exposure, but oodles of talent, it will not be far-fetched to claim that the young artist is meant for great things in the future.

Read More: Payge Turner From The Voice: Everything We Know