Julia Louis-Dreyfus is one of the best actors working in the television industry. She tasted wide success, critical acclaim and popularity for the role of Elaine Benes in ‘Seinfeld’. A couple of years after the show wrapped up, it seemed that her career was under the influence of what is called ‘the Seinfeld curse’ (that none of the lead actors of the show could ever be successful again). But Louis-Dreyfus shattered this belief by starring in not one, but two comedy series that find a place in ‘the best comedies list’. She is a benchmark in the comedy genre and has created the record of winning more Emmy Awards than any other actor. Currently starring in ‘Veep’, one of the finest comedies, Julia Louis-Dreyfus has become one of the most revered actors today. Following is the list of top 10 Julia Louis-Dreyfus movies and TV shows: 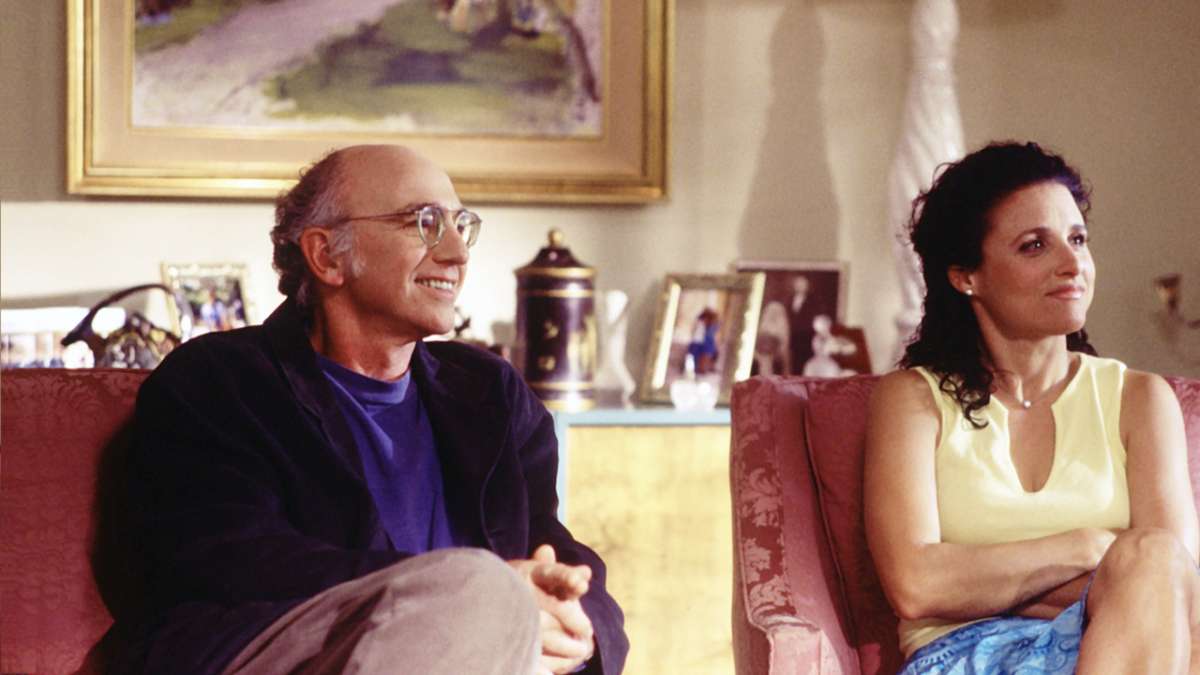 This shows focuses on the life of a fictionalized version of various actors. It was created by Larry David, who stars as another version of himself in the show. In a similar concept to ‘Seinfeld’, the show focused on the regular, common events in the daily life of the protagonists. Julia Louis-Dreyfus appeared as a version of herself.

Brian and Kate Harper are happily married, with successful careers and a son. When they get pregnant for the second time, they decide to quit their jobs and focus on the family, realizing that they had missed a lot of their son’s childhood. They decide to open a day-care center at their home, but not everyone is happy about it! Eileen Swift (played by Julia Louis-Dreyfus) is Harpers’ next-door neighbor and an ex-business associate of Brian. She is shown to be sarcastic, materialistic and manipulative, trying to dissuade the Harpers from their plans. 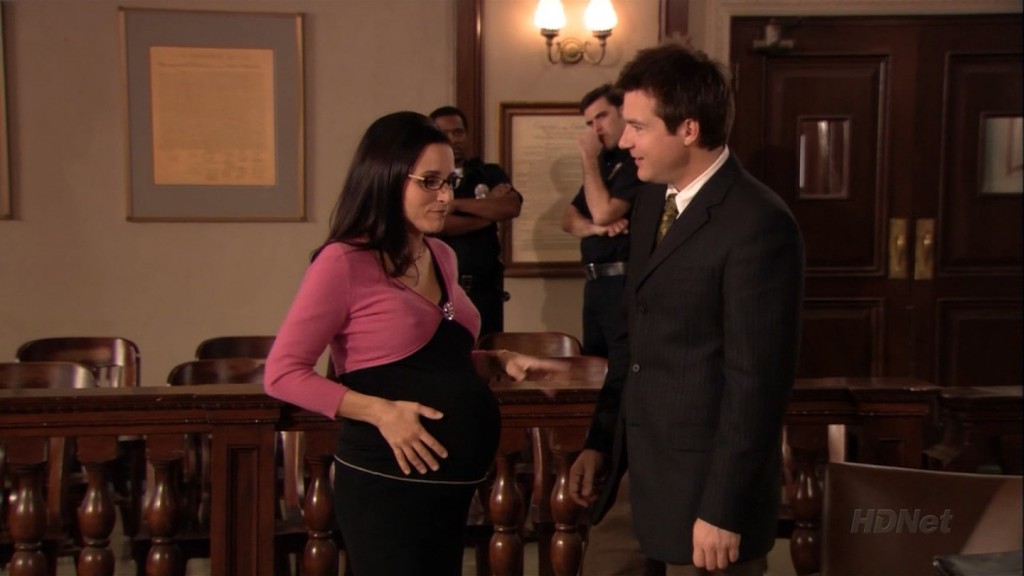 Another show that is hailed as one of the best in the genre, ‘Arrested Development’ had a lot of good actors under its belt, who made time-to-time appearances in the show. Julia Louis-Dreyfus played the role of Maggie Lizer. She is an attorney and pretends to be blind in order to win the sympathy of the jury that gets her to win the case. In one of the seasons, her character becomes romantically involves with Michael Bluth, the lead character played by Jason Bateman. The show is brilliant and it is the performances like Louis-Dreyfus’ that make it absolutely delightful. 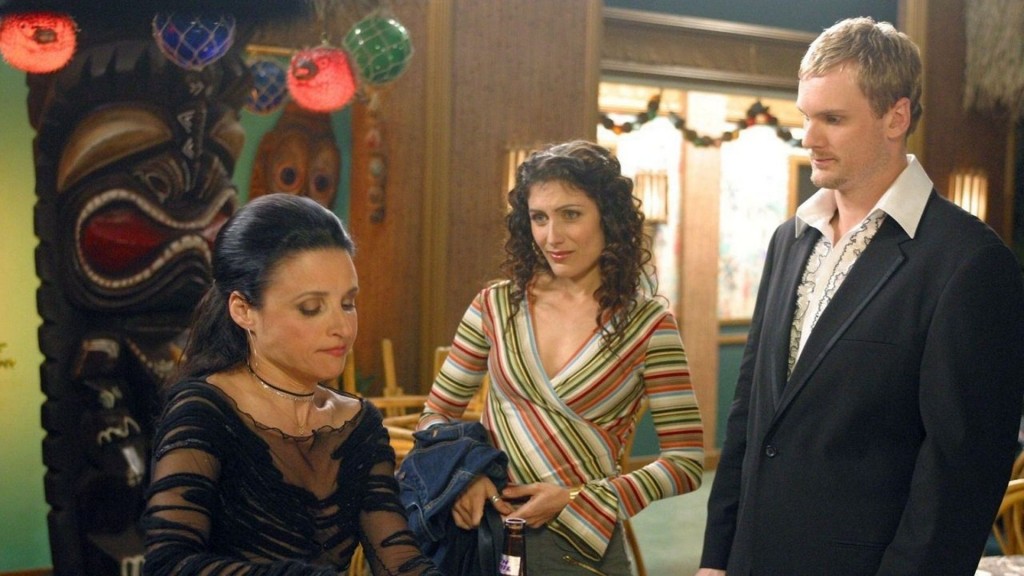 Ellie Riggs is a single woman living in Los Angeles, working as a cabaret singer. The show followed her day to day life and her struggles like a knocked-out neighbor, an overflowing toilet, and several other common problems. The first season of the show was told in a single-camera format, in real time. While the effort was good, the vision of the creators didn’t pan out as it was supposed to. The show was canceled halfway through the second season, with the remaining episodes left unaired. 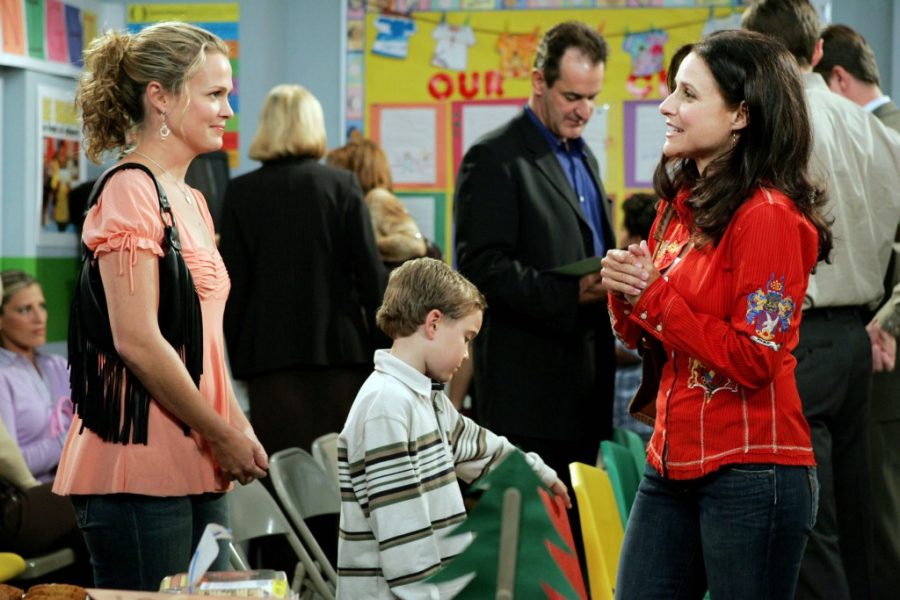 Christine Campbell, played by Louis-Dreyfus is a middle-aged divorcee who lives with her son, Ritchie, and her brother, Matthew. She finds out that her ex-husband, with whom she has a cordial relationship, has a new girlfriend, also named Christine. This brings in the nickname for her, ‘Old Christine’. The show follows her struggles with raising her son and enrolling him in a private school, where she meets non-working moms who constantly give her hell. This was a success that Louis-Dreyfus was looking for to break ‘the Seinfeld curse’.