Will There be a ‘Jupiter Ascending’ Sequel?

The Wachowskis have given us two of the biggest cult classics of our time with ‘The Matrix’ and ‘V for Vendetta’. Both the films can be considered pop cultural phenomena of the 2000s that people still rave about today. But with their 2015 ‘Jupiter Ascending’ not only did they miss the mark, they also delivered, what is perhaps, their biggest flop till date.

The film is a space opera that centers around an ordinary cleaning woman, Jupiter Jones, who learns that her destiny is meant for things that will take her beyond Earth. She realizes that her genetics give her the power to alter the balance of the cosmos. When Jupiter is attacked by alien assassins, she gets help from Caine Wise. Through Wise, a genetically engineered warrior, she learns that a powerful alien dynasty, Abrasax, is plotting against her, and sets out on an intergalactic adventure to save Earth’s inhabitants.

Given the film’s weak performance, there is close to no doubt that a sequel to ‘Jupiter Ascending’ seems unlikely. However, after the film was made available on Netflix last year, it earned itself a fan-following. Not only have people appreciated it despite its flaws, but they have also called it widely underrated. But does this mean ‘Jupiter Ascending’ deserves a second chance? Could there be more in store for us? Here’s everything we know.

Will There be a Jupiter Ascending Sequel? 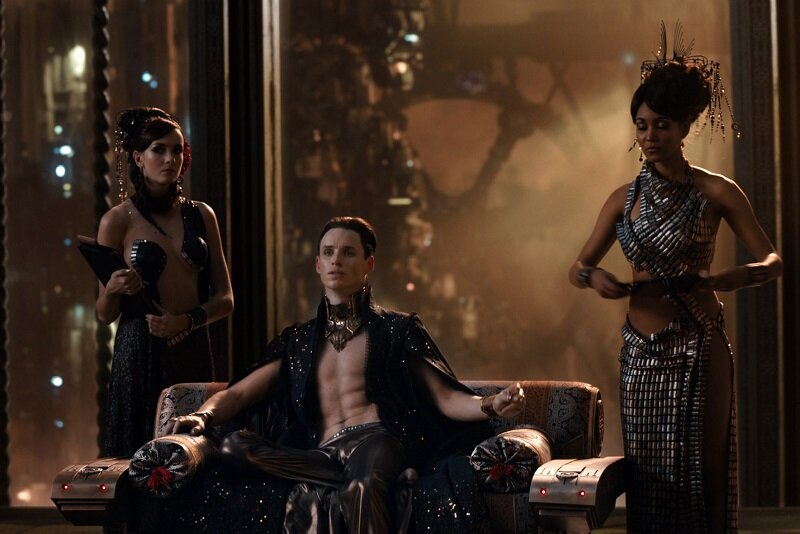 While the ‘Jupiter Ascending’ has been called a cross between ‘The Matrix’ (of course) and ‘Star Wars’, it does have an strong sense of originality. And in many ways, it is nothing like the aforementioned films. For better and for worse.  In fact, for a film that has “Ascending” in its title, it barely manages to ascend to even the shadows of these great hits.

‘Jupiter Ascending’ stars Mila Kunis as Jupiter, Channing Tatum as Caine Wise, Sean Bean as Stinger Apini, and Eddie Redmayne as Balem Abrasax. Despite being star-studded and taking us on an intergalactic adventure, ‘Jupiter Ascending’ failed to shine or soar. In fact, the film, the cast, and even the director, were all nominated for the Golden Raspberry Award. Ultimately it was Redmayne who won it for the Worst Supporting Actor.

Despite its original premise, ‘Jupiter Ascending’ was critically derided for its “bonkers” storyline. The Wachowskis were also criticized for trying (and failing) to recreate their ‘The Matrix’ glory. It was believed that the film relied heavily on its special effect, but had nothing much to offer.

‘Jupiter Ascending’ largely received negative reviews and has a measly score of 27% on Rotten Tomatoes. It also barely managed to be a box-office success, grossing upto $184 million against an expensive budget of around $176 million. However, the film’s visual style has been widely praised along with its refreshing treatment of its female protagonist. Similarly, it received appreciation for the way it explores the theme of consumerism through its intergalactic story. But all in all, it was considered a visually stunning misfire by critics.

The film’s release in the streaming giant Netflix on April 2019, however, changed things a little. Within a year of its release, ‘Jupiter Ascending’ has found itself a loyal fanbase. While several critics still feel the same about it, others find it to be a flawed but underrated and insanely fun sci-fi feature that judged too harshly. Whether or not that’s true you can see for yourself if you decide to watch (or rewatch) the film on Netflix.

But does it deserve a sequel? Considering all that’s given, probably not. But if you’re hoping to watch the Wachowskis create magic onscreen again, we come bearing good news. The filmmaker duo will be next working together on ‘Matrix 4‘ that is all set to release on 2021. So there is certainly something to look forward to. But if at all we magically somehow get a ‘Jupiter Ascending’ sequel, it wouldn’t happen before 2024.