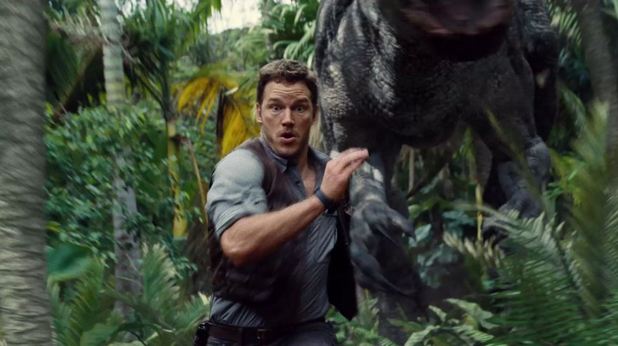 The original Jurassic Park came out in 1993 and it became a legend almost instantaneously. After that, we have had two more movies but they were not as much fun as the first one and after 12 years we have another Jurassic Park movie!

As I write this article, ‘Jurassic World’ is poised to become the fastest movie ever to reach $1 billion in ticket sales!! That’s huge and considering the movies released this year like Age of Ultron and Fast and Furious 7, we are sure to say that the Park has not lost its charm. But, is this really about taking it forward or is it about the money?

So let us analyze how this movie fares compared to the legendary original.

The movie begins with showing off how new attractions and security at the park have made the park a hot favorite of people. The park has become kind of a Universal Studio or Disneyland for the world to enjoy. Our lead, Claire Dearing (Bryce Dallas Howard) is in charge of the operations and also pitches for new breed of dinosaurs to investors. We also have our rock-star protagonist, Owen Grady (Chris Pratt), who is training Raptors to obey his commands. Simon Masrani (Irrfan Khan) holds the power of attorney over Ingen.

The movie revolves around a very intelligent and dangerous modified species of T-Rex, Raptors and others, who stages a sort of jailbreak and unleashes hell on Isla Nublar. Being highly intelligent it gets rid of its tracking sensors, kills other dinosaurs and people for sport and poses a threat to thousands of people present on the island. The thing we don’t understand is what is the reason for creating a highly intelligent and even more dangerous dinosaur? The people visiting the park want to see scarier dinosaurs, not intelligent. The dinosaurs need to look and feel dangerous and not have more brains!!

There is a lot wrong with the movie. First, the man in charge,Simon Masrani has no idea about what is going on in their genetics lab. Second, the movie has cliché storyline like the children trapped between dinosaurs. Its understandable that this is not “the same old” for a generation that was not there 22 years ago but you have to keep in mind the previous viewers and fans who have grown up watching these movies. Third, the reason for events and the excuses are not convincing enough, for e.g., when you have thousands of people on the island but no way to evacuate or protect all of them? Not even half of them? How? Does the park only focuses on bringing people onboard? The actions taken by the stakeholders to control and capture the highly intelligent dinosaur etc. There are a lot of questions which are not answered because there is no solid reason behind them. Fourth, the animation is not convincing. There are a lot scenes where you can clearly notice that the actor is running in front of a green screen. Regardless of this the animation is decent enough, the dinos feel real and are equally terrifying but in 3D you feel that there is a lot of room for improvement. The only things that impress here are how intelligently this animal really is and the thrilling climax sequence between the real and the modified T-Rex. It was awesome!

To come to actors, we are not mesmerized but we can’t complain also. The actors have done their job well. Irrfan Khan impresses as the new man-in-charge of the Park, but he could do even better with more screen-time. Chris Pratt is cool as ever and to be honest is the only reason other than our dino-fantasy to go and watch this movie. Bryce Dallas Howard portrays her role decently, except for the high heels that she has on for the whole movie!!  That’s quite impossible.

This movie does not feel like a serious attempt to take the franchise forward and fails to even come close to the original master piece. This installment feels more like a money spin-off and a slightly modified replay of the original. It is quite clear from the dream-run the movie is having at the box office that the focus was to generate big bucks. We are not exactly saying that every movie which makes a ton at the box office is a money spin-off but when you neither have a compelling story, nor a great script, nor a great screenplay and still you decide to make a movie, it feels so.

For now we will just say that this is a onetime watch, if you’re bored and have nothing to do this weekend, you can check it out.

We seriously hope that the next time we go to watch a Jurassic Park installment, it has a gripping story and screenplay. A little advice, which is also they say in the movie, It needs more teeth!!