‘Just Add Romance’: Everything We Know 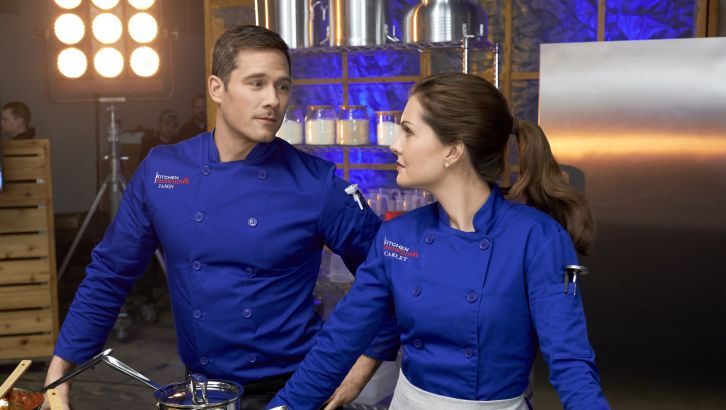 A Terry Ingram directorial, ‘Just Add Romance’ is a romantic comedy that encircles the lives of former classmates Jason and Carly. A hope of rekindling their friendship is a far-fetched as Carly still holds a grudge against Jason for ghosting her 3 years ago, while pursuing culinary arts. Their paths cross once again as they participate in Kitchen Showdown, a national cooking competition show that features the top chefs in Chicago. Still fresh from the incident, Jason gets a cold shoulder from Carly and they engage in trivial arguments and banter as the competition progresses.

Carly and Jason are determined to win the grand prize, i.e., a restaurant funded by one of the judges. The banters make way for flirting and soon Jason and Carly become a couple. However, they decide to keep their relationship in wraps from the public eyes, till the show ends. Will Carly ever come to know about Jason’s reason for leaving? Will love succumb to the complications of winning the show?

The principal photography of ‘Just Add Romance’ took place in British Columbia, Canada. British Columbia has always been a favorite of the production unit at Hallmark because of its camouflaging nature, favorable weather conditions, scenic beauty, and of course, tax incentives. Over 75% of Hallmark movies are produced extensively, in and around the Canadian province in a year. After scouting locations in Vancouver for a while, Langley in B.C., was ultimately chosen as the primary filming location.

For the ambitious project, the production department chose to build the whole Kitchen Show set on the site. Luke Macfarlane revealed in an interview, that the site was transformed from an empty and dull room to an elaborate and lavish cooking competition set, just like the one in ‘Top Chef.’  Check out the picture! 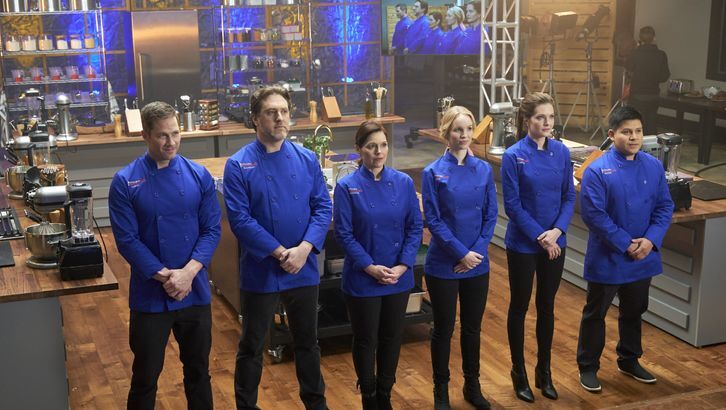 See? Also, the workers laid down the flooring and brought the equipment and props like stoves, gas tanks, overhead lighting, islands, the table for the judges, etc. Here, have a wider look at the set. 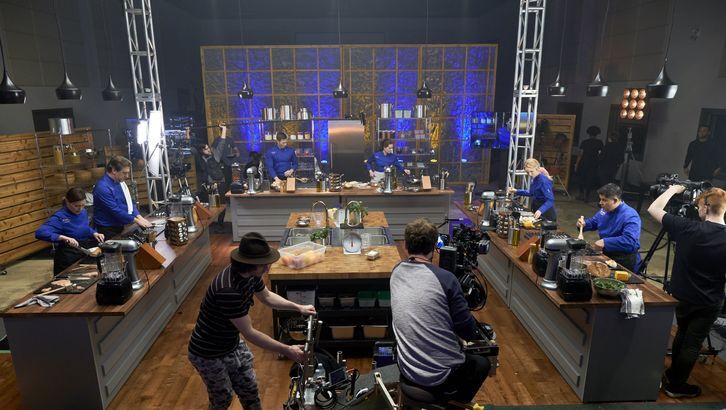 Below is an image of the set up of the judging panel. Can you believe they arranged it all in a day? And lastly, here are our leads Carly (Meghann Fahy) and Jason (Luke Macfarlane), all set to take on each other. 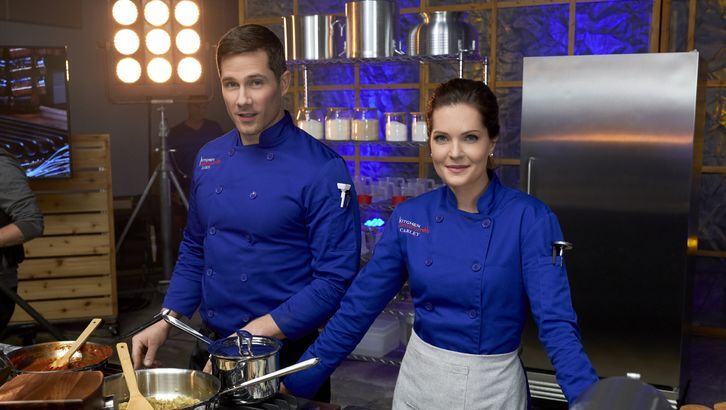 Since Langley is a quaint town, the cast and crew got a break from the hustle and bustle of their regular lives. The nights were spent talking to each other, dining together, and having fun on the set. Apart from the low production cost, the unit also experienced the warmth of the family-owned stores, and the support of the affable folks of Langley. The most suitable places for filming in the city are downtown Langley, Five Corners, and Fort Langley, which is also known as the birthplace of B.C. Hallmark has produced over 30 Christmas-themed movies in Fort Langley, so far. 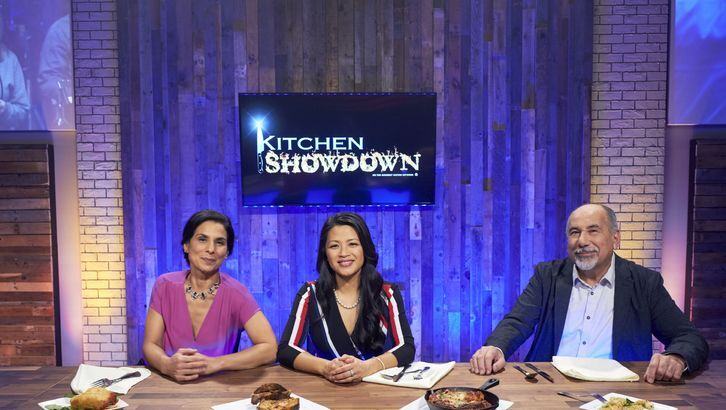 Since it’s known as the Horse capital of British Columbia, you can go horse riding at Glen Valley Stables. You can also visit the dozens of public parks; taste wine at the Chaberton Estate Winery; set up a camp at Fort Langley National Historic Site; watch the Siberian tigers at Greater Vancouver Zoo; smell the exotic flowers at Sendall Gardens; and many other things. So, when are you planning a visit to the Langley?

Meghann Fahy and Luke Macfarlane essay the character of Kitchen Showdown contestants Carly Benson and Jason Tucker respectively. Luke is best known for playing D’avin Jaqobis in ‘Killjoys.’ His other works include ‘Mercy Street,’ ‘The Night Shift’ and ‘Brothers & Sisters.’ You may recognize Meghann from ‘One Life to Live,’ ‘Chicago Fire’ and ‘The Bold Type,’ for which she has also received a Teen Choice Award nomination.