Who is Kangaroo on ‘The Masked Singer’? 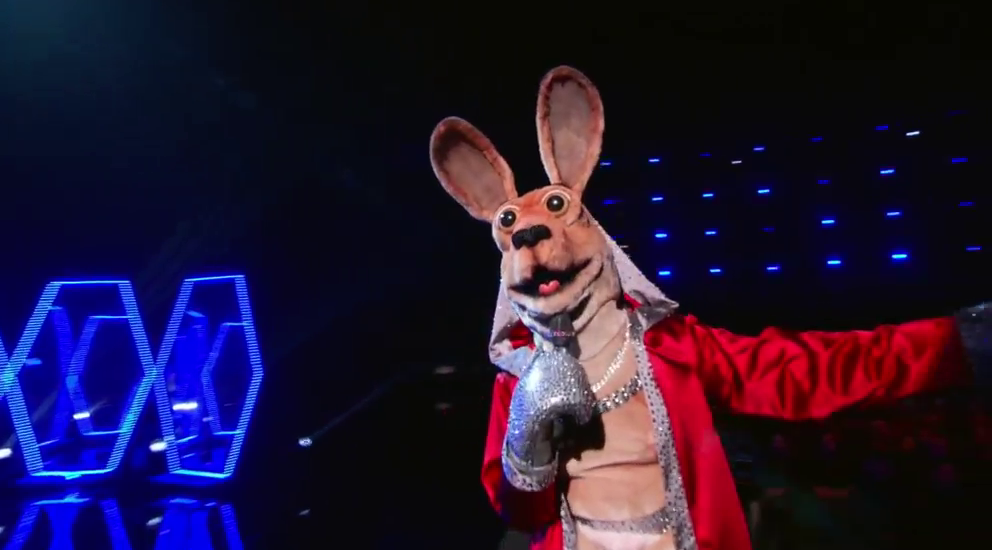 The last performer in the first episode of ‘The Masked Singer‘ Season 3 has been Kangaroo. After a series of invigorating performances, this strong-willed celebrity took to the stage and managed to end the night with a bang.

That being said, Kangaroo created the mood for the performance from the time the clue package started playing. Walking people through her struggles, and giving them a glimpse into her life, without giving away her identity, Kangaroo had Jamie Foxx and Nick Cannon in tears (I had the same dust particle in my eye!) by the time the song was done.

Naturally, you might be wondering about who the evocative individual is, behind the mask. We have got you covered in that regard, as we bring you all the clues and guesses about Kangaroo’s identity.

Right from the start of the clue package, Kangaroo admits to being a survivor. The video shows us some clues, like Outback, leading judges to believe it might have something to do with Australia. The fact that the choice of outfit is a Kangaroo, this seems like a logical assumption.

We also see a gramophone (not a Grammy Ken Jeong!), as Kangaroo tells us more about her life. She lost someone who held her family’s heart together and then found herself in the spotlight for all the wrong reasons. However, she is determined to bounce back.

Thus, despite not doing anything like this before, she wants to give it her best and ends by dedicating the performance to all the survivors. You can check out her rendition of Robyn’s ‘Dancing on My Own’ below.

The judges are immensely moved by the performance itself. Kangaroo goes on to say that she hates feeling vulnerable, but has no option but to feel that way. However, with the outfit, she seems to be getting her powers back. Jenny picks up on this, eschewing the obvious Australia hint. She says that the ‘down under’ reference could indicate hardship.

Linking it with a singer’s life, because she believes the celebrity to be a professional singer, Jenny surmises that it might be Jordin Sparks. Nicole points out that Jordin is tall as well, like Kangaroo, which seems enough to convince Foxx. However, Nicole herself does not focus as much on the ‘survivor’ bit but points out that the gramophone might indicate a Grammy. She guesses that the singer is Kelly Rowland.

As for Robin Thicke, he surmises that the singer is Australian, and goes with Iggy Azalea. Not only does Iggy hail from the land down under, but she also started off as a singer before gaining acclaim as a rapper.

Our Guesses About Kangaroo:

Who else was moved by #KangarooMask's performance? 😭 #TheMaskedSinger

Coming to our guesses about Kangaroo, we are inclined to agree with Nicole, especially because ‘The Masked Singer’ has already had Michelle Williams, a fellow Destiny’s Child groupmate, on the show. To top it off, Kangaroo’s singing voice sounds somewhat like Kelly as well.

Of course, right now, this is just guessing, and as the episodes go on, more clues will be revealed, helping us accurately deduce Kangaroo’s identity.