Is Karen E. Laine Married? How Many Kids Does She Have? 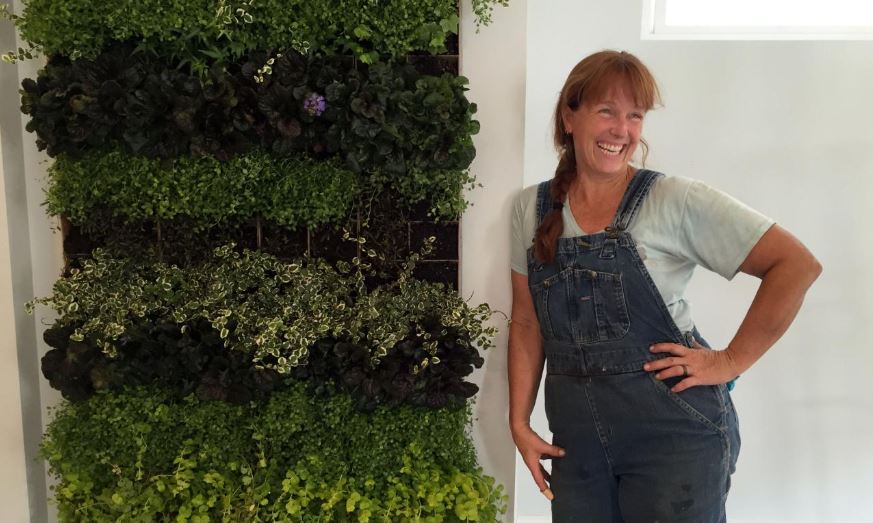 ‘Good Bones’ is one of the most brilliant home renovations show on television. The HGTV hit is known for its amazing transformations and the chemistry between the leads, the mother-daughter duo, Mina Starsiak Hawk and Karen E. Laine. Because we get to see their relationship up close, you must be wondering more about the family and their personal lives, right? Well, don’t fret, because we have all the information on Karen E. Laine for you.

Thank you Carlos! You handled that jackhammer way better than I ever could have!

Karen Elaine Thompson born October 8, 1962, is an Indiana native. Born and brought up there, she has lived her entire life in the state. Unfortunately, the information about her parents or siblings is scarce, she hasn’t divulged anything about them, not even their names, and we don’t even know whether or not she has any siblings.

After Karen graduated from Indiana University with a Law degree, she began her professional career as a defense attorney in Indianapolis. However, when her daughter, now a real estate agent, needed help with a house, Karen, of course, helped her. Flipping the home and later on re-selling it made Karen realize that there was much more to life than just Law, so she quit her job and started a business with her daughter where they completely reinvent disfigured homes in Indianapolis. That business helped them land their own show on HGTV.

Karen has been married to her husband, Roger, for quite some time now. We don’t know the exact date of their marriage or when their romance blossomed, but we do know that they are happy to be with each other and are living a blissfully domestic life. We first got to know about Roger’s existence and their relationship back in September 2017, when Karen posted a photo of the two of them enjoying their time together in New York City on her Instagram.

This is how we roll in Fountain square: couple of milk crates and an alley fire.

Karen’s marriage with Roger is actually her fourth overall. She was married to Casey Starsiak first but, unfortunately, they parted ways after a few years and both of them ended up getting re-married. While Casey got married to a woman named Cheryl, Karen moved on to be with Randy. Their relationship, however, did not last too long and they ended up parting ways as well. Then Karen got married for the third time, to Mick, and again, they couldn’t make their relationship work which resulted in them going their separate ways.

Even after three failed relationships, Karen didn’t give up on love. And fortunately for her, she found love, joy, happiness, and everything else she ever needed with Roger. Although the reasons for her previous marriages ending remain a mystery, she has made sure that the focus is now on her relationship with Roger, which she documents from time to time. From her social media, it’s evident that she is happy to have stepped back from the family business to focus on her life and on Roger.

Our job is to drink all the wine, well maybe just some of the wine, but the stuff from Appellation Chateauneuf du Pape is pretty good, so maybe all the wine?

Karen is the proud mother of four kids from all her marriages combined. Her daughter Mina Starsiak was the result of her first marriage with Casey. Along with Mina, Karen had two other kids with him before they eventually split up, but there is no information on them. After that, from her second marriage with Randy, Karen became the mother of a beautiful daughter named Kelsy. She has no children with her current husband Roger.

Having some fun with @trane. Super comfy interior environment AND to recline on 😉

Just like information about her parents and siblings, Karen hasn’t revealed anything about her children either, we don’t even know all of their names. However, after a deep dive on her Instagram, we found a photo of her entire family, kids, their significant others, and her grandkids, which you can check out below:

This is my family. We gather every year to relax, recharge, heal, laugh, talk, and most importantly reaffirm our deep, enduring love. The magesty and power of nature surrounding us is a joy and a reminder of my place in the world. My hope is that everyone has their own way of achieving this peace. Thanks to @kiawahresort for being our place for so many wonderful years.