As a disciple of the renowned theater director Scott Johnston, actress Karen Gillan has never been skeptical about the path she had chosen as a teen girl. At the age of 18, the Scotland born actress shifted to London to pursue a career in acting. After completing a drama course at the prestigious Italia Conti Academy of Theater Arts, Karen started her career as a model. Her characteristic height and distinctive red hair made her a hot favorite in the London fashion scene. Though the busy schedule of runway shows and photo shoots claimed her next couple of years, Gillan was always keen on nurturing her acting career.

Gillan started with television shows like the sketch comedy ‘The Kevin Bishop Show’ and ‘The Well,’ a horror anthology series for the BBC. In May 2009, Gillan got her long-awaited breakthrough. Her role as Amy Pond, the Doctor’s companion in the long-running British sci-fi series ‘Doctor Who‘, catapulted her career both in the small and big screens. Gillan, along with her onscreen companion Matt Smith, shot to instant fame and were hailed as British television’s hottest couple ever. The onscreen chemistry between the two made them an icon of popular culture and helped the show’s immense popularity. Gillan played Amy Pond from 2010 to 2013.

Later in her career, Gillan tried her luck in American television with the lead role in ABC’s ‘Selfie’. But the show couldn’t repeat the magic of ‘Doctor Who’ and ABC cancelled it after the first season. Gillan joined the Marvel Cinematic Universe as Nebula and appeared in ‘Guardians of the Galaxy (2014),’ ‘Guardians of the Galaxy Vol. 2 (2017)’ and ‘Avengers: Infinity War (2018).’ At this point, the question that might be circling your mind is what is the next Karen Gillan movie or TV show? Well, the good news is that we have a clear answer to that question. Here’s the list of upcoming Karen Gillan films/TV shows scheduled to release in 2019 and 2020. We can only hope that the latest Karen Gillan movies would be as good as some of her recent ones. 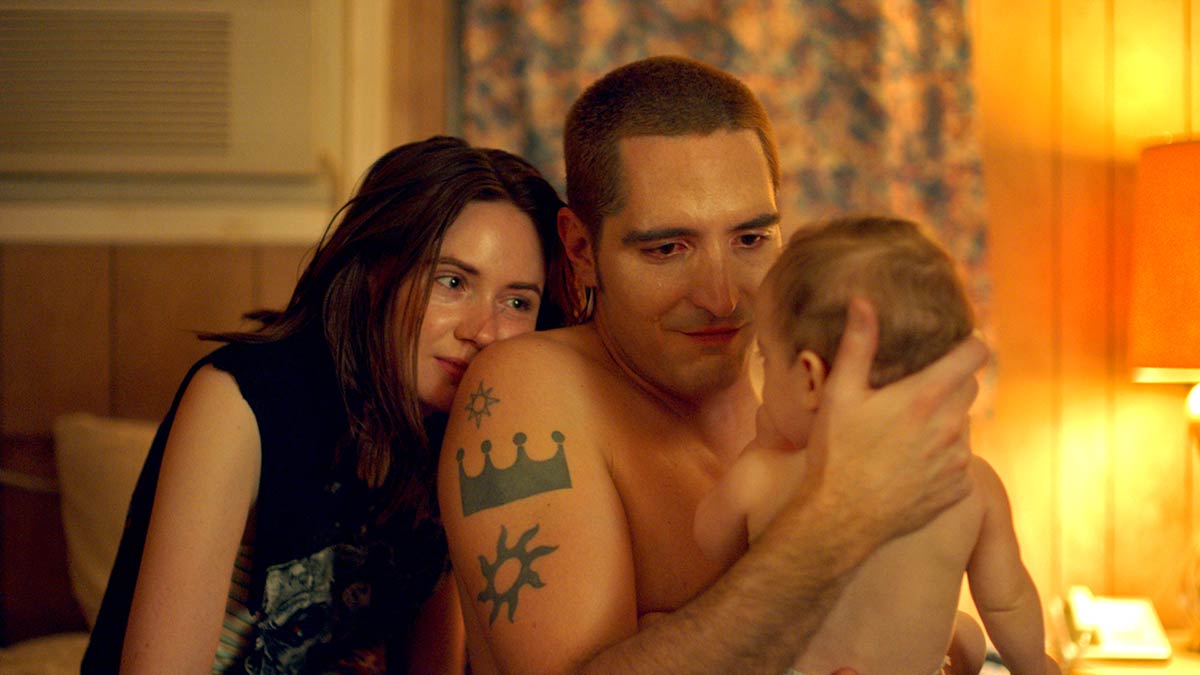 ‘All Creatures Here Below’ is a thriller featuring Karen Gillan as a mother named Ruby. In a recently released trailer, Ruby seems financially and emotionally unprepared to take care of her baby, and her lover, played by David Dastmalchian, suggests leaving the baby with the hospital authorities to look after. Ruby rejects the idea on the face as the mere mention of abandoning the child bursts her rage. The plot explores the poverty-stricken couple’s struggle to cope-up with the hostile life of LA. Collin Schiffli directs the movie from a screenplay written by David Dastmalchian. ‘All Creatures Here Below’ comes to theaters on May 10 and starts streaming on iTunes from May 17.

‘Stuber’ is an action comedy of two unlikely heroes bonded together through an Uber ride. When a vengeful cop, played Dave Bautista, hires the timid Uber driver, Kumail Nanjiani, and forces to drive him around L.A, the ride turns out to be a nightmare filled with awkward situations for the two. Karen Gillan plays Bautista’s partner and they chase the heroin kingpin in the city, dealer Teijo, played by Iko Uwais — who is known for the Indonesian martial art saga ‘The Raid.’ While Kumail’s simpleton driver finds his head safe in the mayhem, Teijo gets away after killing Karen’s character and his next target is the unlikely pair of the cop and the driver. Directed by Michael Dowse from a screenplay by writer Tripper Clancy, ‘Stuber,’ is set to release on July 12, 2019. 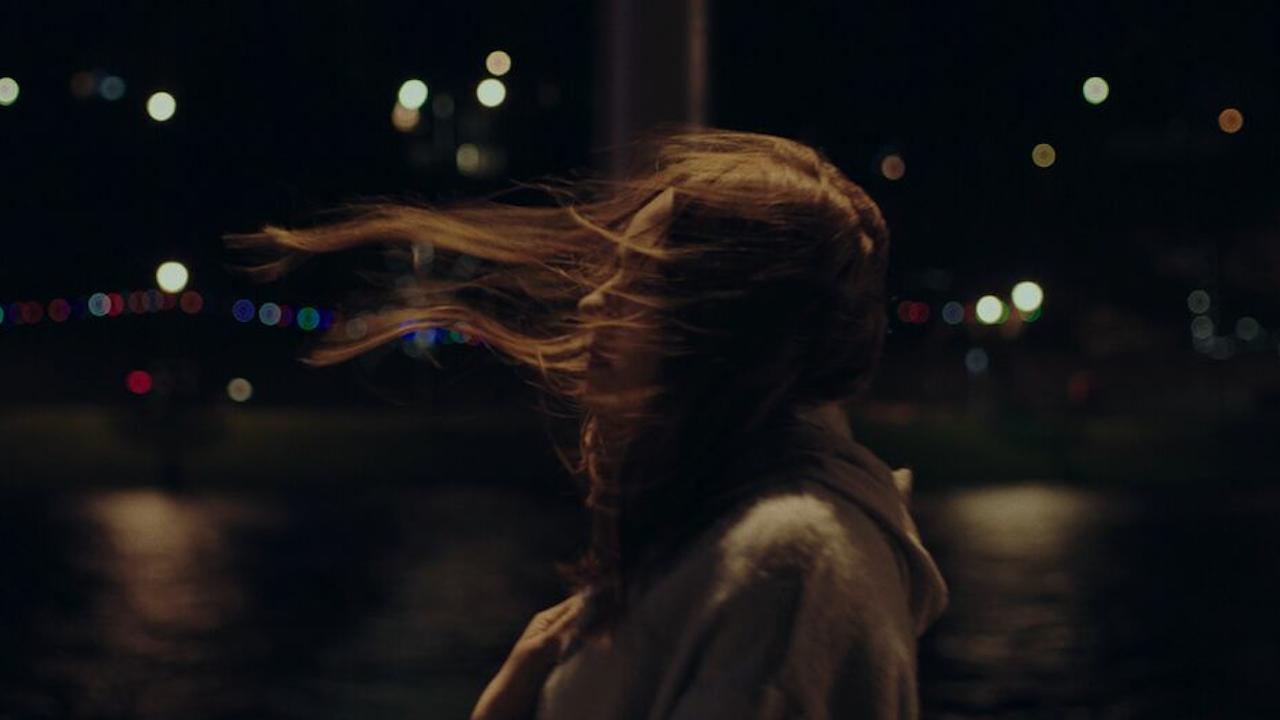 ‘Neurotica.’ is a sci-fi comedy anthology series for IFC’s Comedy Crib. The series depicts people with OCD and the problems it creates in their personal and professional lives. ‘Neurotica’ is written and created by Jenny Jaffe, who also plays the central character Ivy. Karen Gillan plays Chloe, Ivy’s on and off buddy. Ivy keeps her OCD under control and takes care of her small but thriving business as the only Dominatrix in her neighborhood. But when a rival dungeon opening in the town triggers her OCD to new heights, Ivy has to fight two wars at the same time — one with her OCD and fear of germs, and the other with the competing dungeon. All she has to rely on is the not so dependable Chloe. ‘Neurotica.’ is streaming as a web series on IFC’s Comedy Crib channel. 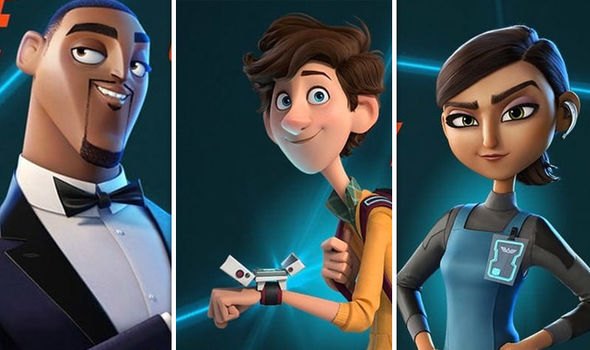 The animated movie ‘Spies in Disguise’ has an ensemble voice cast that includes Will Smith, Tom Holland, Ben Mendelsohn, Karen Gillan, Rashida Jones, and DJ Khaled. The plot revolves around a superspy, voiced by Smith, and his gadget expert, voiced by Holland. The duo is busy with a ‘saving the world from evil’ kind of covert mission when Holland’s character turns into a pigeon! Karen Gillan voices the mysterious woman, Eyes who has a crucial role in bringing Holland back to human form. Directed by Nick Bruno and Troy Quane, ‘Spies in Disguise’ is a Fox Animation production. The movie hits theaters on September 13, 2019. 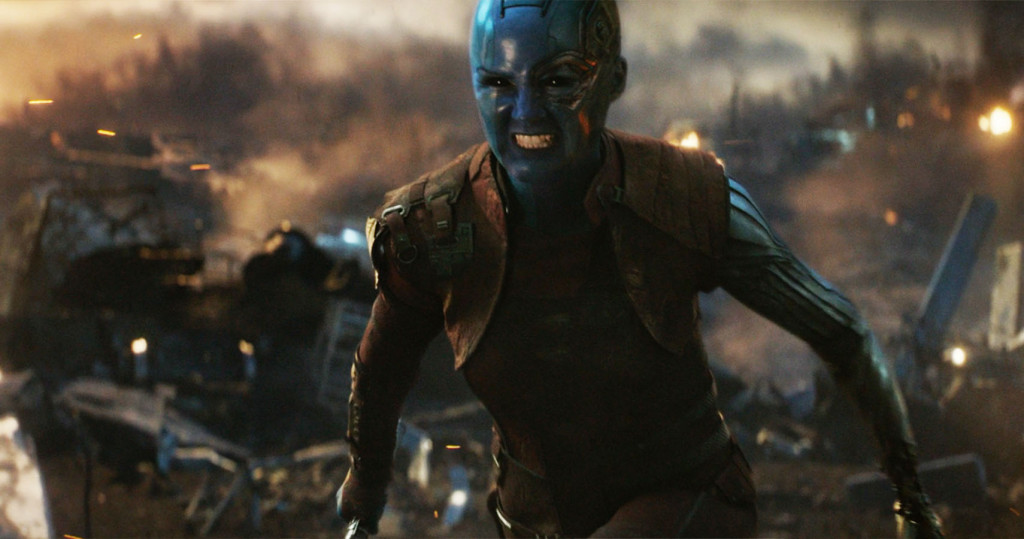 With ‘Avengers: Endgame‘ just a week away from hitting theaters, fans of Karen Gillan are getting restless. Gillan, who is best known for playing her iconic character Nebula in ‘Guardians of the Galaxy’ films and ‘Avengers: Infinity War,’ keeps mum about the whereabouts of her character in the upcoming final showdown of Avengers. Nebula is Thanos’ troubled daughter who was first introduced in the 2014 MCU movie ‘Guardians of the Galaxy.’ While Marvel keeps every detail of what Nebula is up to in ‘End Game,’ reports hint that there will be a final showdown between Nebula and Thanos.

‘Call of the Wild’ is the 20th Century Fox adaptation of Jack London’s popular 1903 novel of the same name. The movie is touted as a CGI/live-action hybrid directed by Chris Sanders. Set during the notorious Klondike Gold Rush, ‘Call of the Wild’ has Karel Gillan playing the role of Mercedes. The plot centers on the expedition of prospector John Thornton, played by Harrison Ford, across the Canadian Yukon during the gold rush. The movie also has Dan Stevens, Omar Sy and Colin Woodell in key roles. ‘Call of the Wild’ opens in theaters on December 25, 2019. 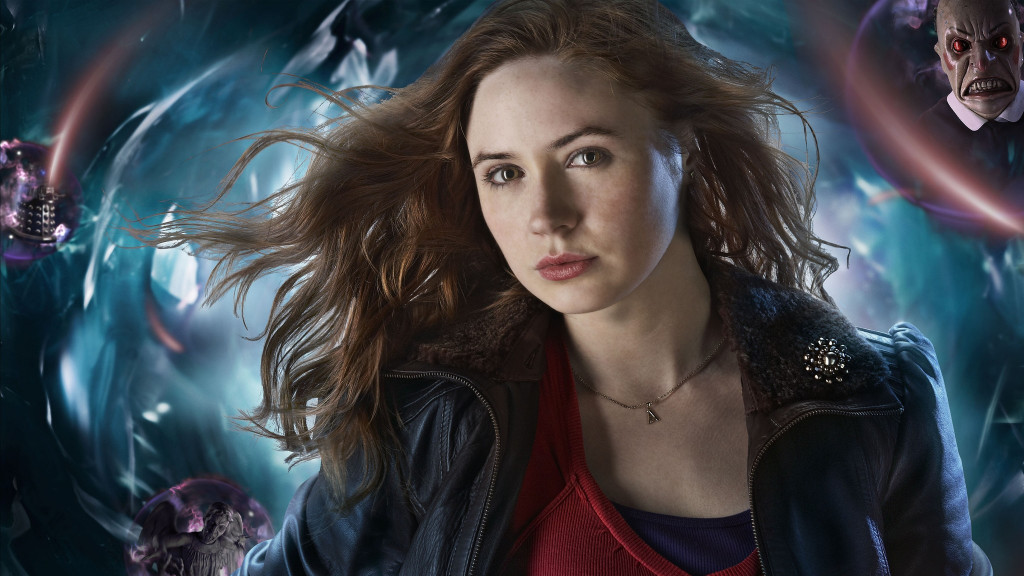 On February 6, 2019, Karen Gillan shared a location picture with the description, ”Directing my new horror short film…” on her Instagram. The post made her fans curious and the actress revealed nothing except the title and genre of the short movie in the making. ‘The Hoarding’ is Gillan’s second horror short as director after the critically acclaimed 2015 short ‘Conventional.’ Though no plot and release details of ‘The Hoarding’ are available, the horror flick has Karen Gillan in the lead with Jamie Brewer and Kristen Vaganos playing supporting roles. 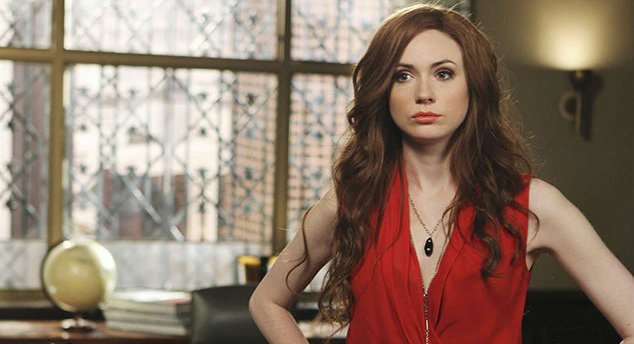 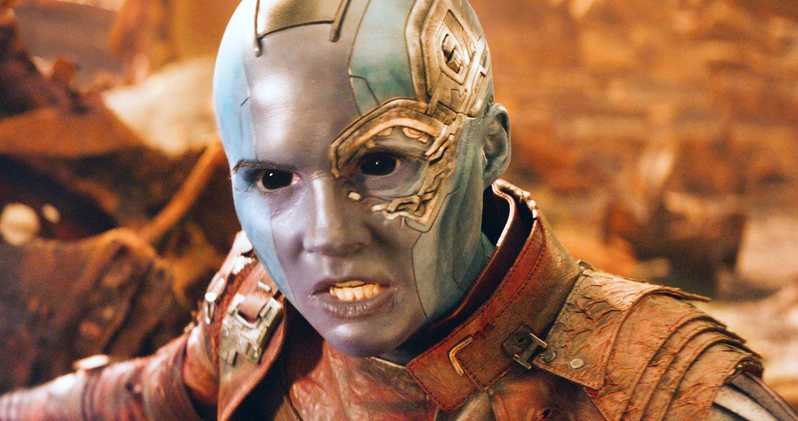 ‘Gunpowder Milkshake’ is a female-driven action flick with Gillan playing the lead role as a deadly assassin. Aharon Keshales and Navot Papushado, the duo known for ‘Big Bad Wolves,’ direct the movie from a script they co-wrote with Ehud Lavski. ‘Game of Thrones’ star Lena Headey is the other cast member aboard the project. Other details of the thriller are still under wraps. ‘Gunpowder Milkshake’ is lined up for a 2020 release.